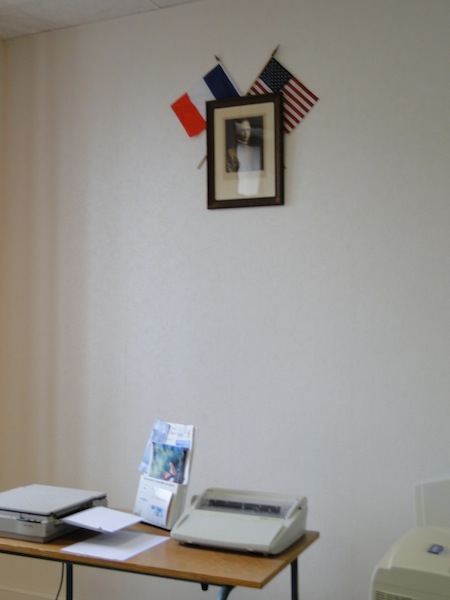 Located in an office inside the town hall. Commemorative Object A framed portrait of Charles Dashiell Harris, a captain for the 6th Engineers Regiment during World War I. Serving as a company commander from March 21 to his death on October 20, 1918, CPT Harris was mortally wounded while clearing a German machine gun nest in the Clair Chenes Woods, near Aincreville. Taken captive by the Germans, CPT Harris died soon after from his wounds. This portrait is hung in the town hall of Aincreville to commemorate CPT Harris' brave sacrifice made during the liberation of the town.