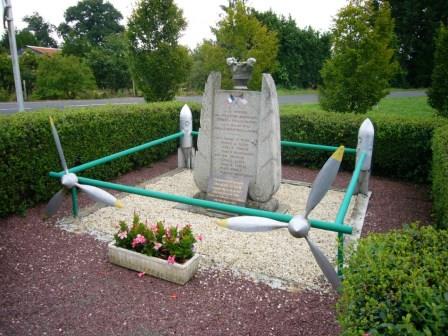 At the intersection of the D4 and the D79. Monument A gray vertical stone slab fenced in with bomber parts and flanked by stone wings bearing an inscription and a plaque at its feet commemorating US aviators who crashed in the area during WWII.

In memory of the US aviators that crashed over Poille (Sarthe) on July 4th 1943 for the liberation of France.

In memory of Sgt David Butcher, sole survivor of the B-17 crash, who died in April 2004

According to his wishes his ashes were spread around this monument 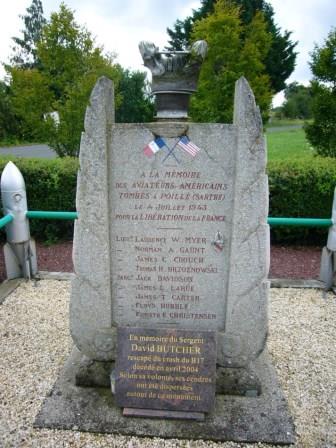 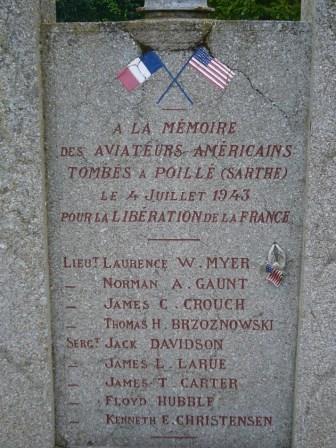 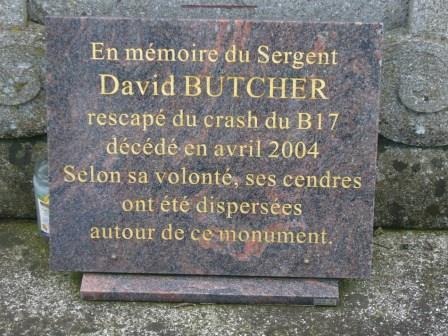