<< Back to Hesper Park 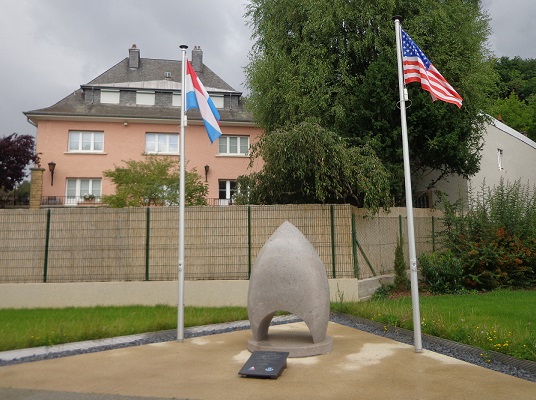 The monument is located alongside a pedestrian footpath near the Alzette River and "Hesper Bridge" on Route de Thionville in Hesper Park. Monument The memorial consists of a 6.5 ft (2 m) tall stone oval statue with a granite plaque at its base. The plaque features English text and the colored logos of both the 11th Tank Battalion and 10th Armored Division. Two flags stand to the side of the monument.

The monument is dedicated to Lewis W. Meade, Isidore M. Vasko and James G. Russ. The three Americans were killed at the memorial site on December 26, 1944 when their Sherman tank fell upside down into the Alzette River while attempting to cross a bridge. Two other soldiers inside the tank, William Keeler and Oscar L. Davis, survived the accident.  The tank was returning to France from the Battle of the Bulge.
The monument was placed at the site on October 19, 2013 by the Community of Hesperange and the Friends of Hesperange History, and the history of the accident was researched in depth by Christian Pettinger and Robert Schumacher in their book "The Tank Accident in Hesperange, December 26, 1944." 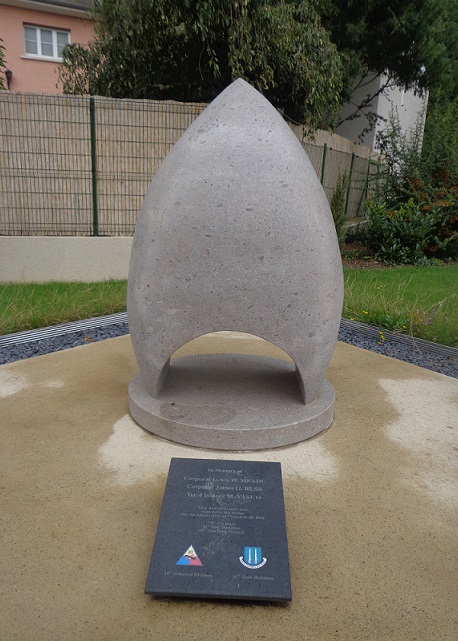 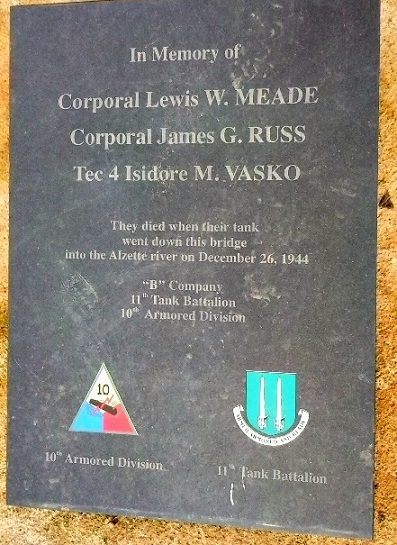