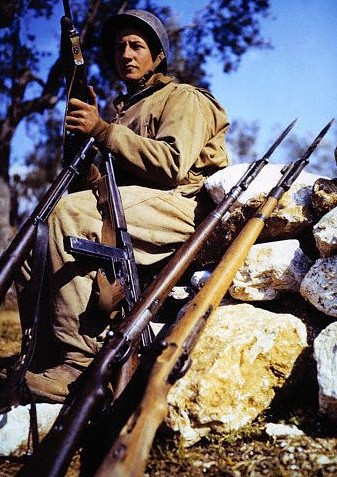 The Hall of Valor describes Kelly as such: “Known affectionately to the press as "Commando Kelly," Charles Kelly came from a Pittsburgh barrio where he was a street gangster and delinquent. In early days of training he went AWOL, but was convinced by neighborhood police to voluntarily return to duty. From that point on he became one of the legendary heroes of World War II.” An extract of the New York Times Jan 13, 1985 obituary reflecting on the life of “Commando Kelly”, the first enlisted man of WW2 to win the Medal of Honor: “Charles E. Kelly, the World War II hero known as Commando Kelly, died Friday (Jan 11, 1985) at the Veterans Administration Hospital in Pittsburgh after a bowel operation. He was 64 years old. Mr. Kelly, who was living as an obscure self-employed house painter in Pittsburgh, his hometown, was the first enlisted man to receive the Medal of Honor in the war. He was awarded the medal for single-handledly fighting off a German platoon, enabling his own detachment to withdraw safely from Altavilla, Italy, on Sept. 1, 1943. Technical Sergeant Kelly's act, in which he killed 40 enemy troops, became one of the most talked about events of the war. Lieut. Gen. Mark W. Clark, who commanded the Fifth Army in the campaign, honored Sergeant Kelly with this country's highest award. The citation praised him for ''fighting determination and intrepidity in battle.'' Parade Welcomed Him Home On his return on the United States, he was welcomed with a parade on Pittsburgh's North Side and given the keys to the city. He had won 10 other medals for valor. Mr. Kelly earned $40,000 for a book on his exploits, ''One Man's War,'' and the film rights. Excerpts from the book were published in The Saturday Evening Post. The Medal of Honor CITATION READS: for conspicuous gallantry and intrepidity at risk of life above and beyond the call of duty while serving with Company L, 3d Battalion, 143d Infantry Regiment, 36th Infantry Division. On 13 September 1943, near Altavilla, Italy, Corporal Kelly voluntarily joined a patrol which located and neutralized enemy machinegun positions. After this hazardous duty he volunteered to establish contact with a battalion of U.S. infantry which was believed to be located on Hill 315, a mile distant. He traveled over a route commanded by enemy observation and under sniper, mortar, and artillery fire; and later he returned with the correct information that the enemy occupied Hill 315 in organized positions. Immediately thereafter Corporal Kelly, again a volunteer patrol member, assisted materially in the destruction of two enemy machinegun nests under conditions requiring great skill and courage. Having effectively fired his weapon until all the ammunition was exhausted, he secured permission to obtain more at an ammunition dump. Arriving at the dump, which was located near a storehouse on the extreme flank of his regiment's position, Corporal Kelly found that the Germans were attacking ferociously at this point. He obtained his ammunition and was given the mission of protecting the rear of the storehouse. He held his position throughout the night. The following morning the enemy attack was resumed. Corporal Kelly took a position at an open window of the storehouse. One machine gunner had been killed at this position and several other soldiers wounded. Corporal Kelly delivered continuous aimed and effective fire upon the enemy with his automatic rifle until the weapon locked from overheating. Finding another automatic rifle, he again directed effective fire upon the enemy until this weapon also locked. At this critical point, with the enemy threatening to overrun the position, Corporal Kelly picked up 60-mm. mortar shells, pulled the safety pins, and used the shells as grenades, killing at least five of the enemy. When it became imperative that the house be evacuated, Corporal Kelly, despite his sergeant's injunctions, volunteered to hold the position until the remainder of the detachment could withdraw. As the detachment moved out, Corporal Kelly was observed deliberately loading and firing a rocket launcher from the window. He was successful in covering the withdrawal of the unit, and later in joining his own organization. Corporal Kelly's fighting determination and intrepidity in battle exemplify the highest traditions of the U.S. Armed Forces. Kelly was awarded two Silver Stars, two Bronze Stars and British and French military medals for his actions in the war.