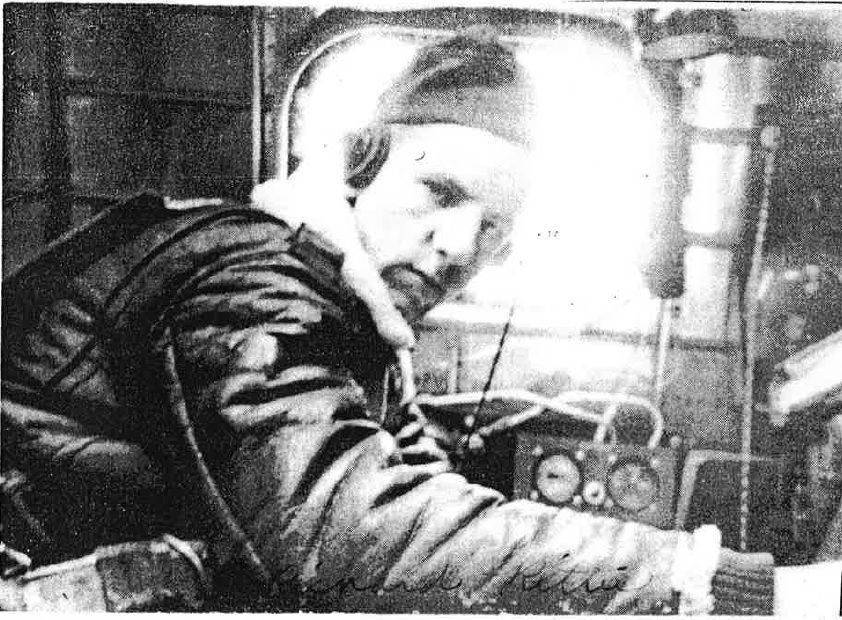 Richard "Dick" Ritter was born on November 20, 1923, in Vermont. He was the son of Harry Mellville Ritter and Mary E Destautles Ritter. Richard served in the 525th Bomber Squadron, 379th Bomber Group, Heavy, as a Sergeant and Radio Operator on the B-17 #44-6133 during World War II.

The story of the World War II B-17G American aircraft collision on 19th June 1944, one of which crashed at Canvey Point onto the salt marshes. It was only the third bombing mission in the brand new B-17G Flying Fortress aircraft recently named Heavenly Body II by its crew of American airmen. It was to be Pilot Lloyd Burns' 29th combat mission (only one more flight to go and his European tour of duty would be complete and he'd return to the USA). The crew had commissioned their brand new B-17G Flying Fortress heavy bomber aircraft very recently and had quickly nicknamed her Heavenly Body II to keep the name flying, the original Heavenly Body having been lost in combat; it was only their third mission in the new aircraft. The assignment had been out to enemy-controlled France to bomb a suspected 'V1' rocket site located at Zudausques that would have otherwise rained its particular style of terror on London and the South East of England.

They were returning from France, flying North to their airbase at Kimbolton in Huntingdonshire. It was approaching 18:15Hours, and the River Thames was coming into view in between the clouds as they crossed the county of Kent far below. Flying at a height of around 17,000 feet through cloud haze, visibility was reduced to around 1000 yards. Left wingman, Pilot Armand Ramacitti, was having difficulty with his aircraft, referred to as 44-6133 (it had not been given a nickname), however, Lloyd Burns in Heavenly Body II 42-97942 at this stage was unaware of the difficulties Ramacitti was experiencing. Pilot Ramacitti's aircraft encountered thick clouds and worsening visibility, and accordingly, at this stage, he was almost certainly flying on instruments alone. He lifted the B-17 out of formation above and slightly ahead of the lead aircraft, Heavenly Body II, his concerns were most likely for the aircraft behind him that were flying into the thick smoke from his failing engine adding to the lack of their visibility and increasing the risk of a collision.

Pilot Lloyd Burns had swapped seats with his co-pilot Lt. Kauffman to give him the experience in flying in the left-hand seat as Kauffman was soon hoping to get his crew. This wasn't particularly unusual as crew members swapped around from flight to flight between both aircraft and jobs, they were very young and often relished the chance to try out different roles; in fact, Lloyd Burns himself was only 19 years old at the time of the collision. The last moments of the aircraft Heavenly Body II seemed to be controlled and was seen to take decisive action saving Canvey Island from a disaster. As the aircraft veered away to the West towards London following the impact, this was also towards the industrial area and oil storage depot on the island. Then, miraculously, the aircraft turned again (this coincided with crew members bailing out close to Hole Haven Creek) swinging back toward Southend over a more built-up area of Canvey, now directly in line with Marine Parade, looking as though it would attempt a landing on the mudflats beyond. But it overshot the suspected target area, circled, and then nosedived towards the estuary mud just off Canvey Point, where it crashed. As a result of the collision, only 2Lt Theodore Chronopolos, Bombardier on-board 44-6133, survived. Of the remaining crew, they all perished. The airframe was so badly distorted in the impact that it fell to earth so steeply and would have been near impossible for them to escape.