<< Back to Bar sur Meurthe - Clefcy 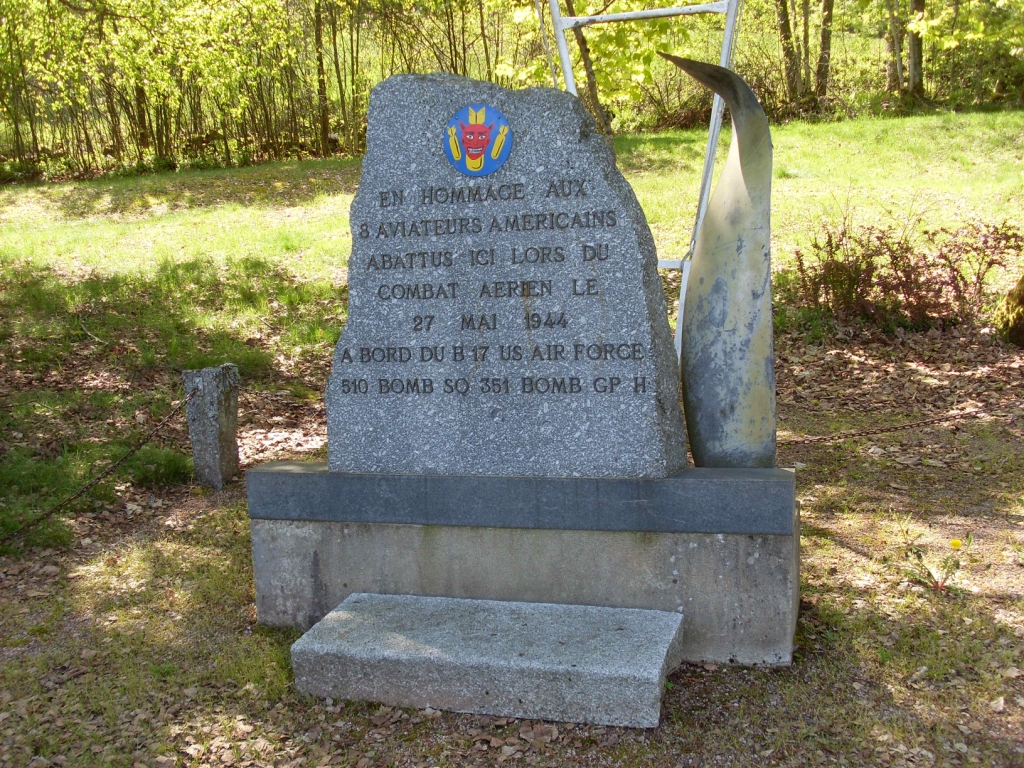 The right-most of the three memorial objects at the site. Monument A stone stele on a stone based with bronze lettering attached to the front face.  A piece of one of the planes propellers is also on the stand.  The insignia of the 510th Bomber Squadron is at the top.

ENGLISH TRANSLATION:  In honor of the 8 american aviators shot down here during aerial combat on 27 May 1944 on board a B-17 of the US Air Force, 510 Bomb Squadron, 351st Bomb Group (Heavy)