On the south side of the road, in the grove of trees, surrounded by a fence. Placed at the east side beside a cross.

A large grey granite stone with Polish text inscription honoring the six crewmembers of B-24 bomber nicknamed “Hell’s Angel” who lost their lives for Poland’s freedom. The crew was shot down by the German anti-aircraft artillery on September 13, 1944.

FELL IN THE FIGHT FOR POLISH FREEDOM

SOCIETY OF THE WADOWICE LAND 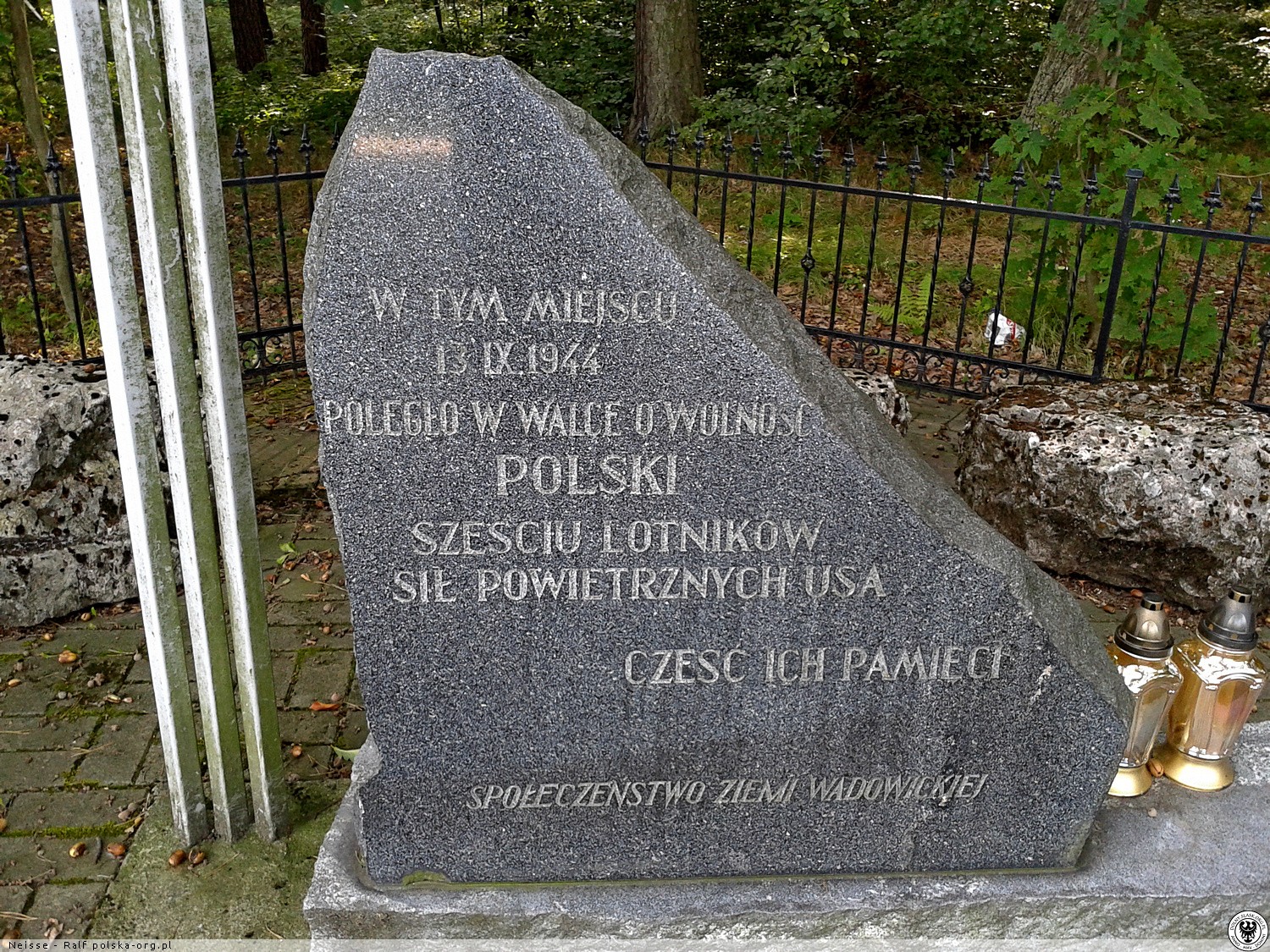