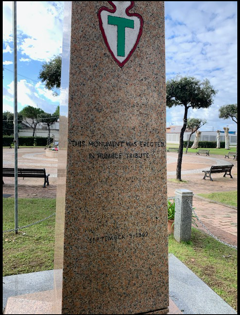 In the center of the Community Park, behind the fence line.

The monument is light rose-colored polished stone obelisk about 8 feet tall. Two sides have inscriptions and it sits behind a set of posts chained together and a few flower planters. The monument sits in front of a set of 13 flagpoles. The 36thDivision symbol is etched into the marble (Note:  as of the December 2019 photo, local caretakers were aware that the colors painted on the division symbol on the obelisk were incorrect.  They plan to paint with the correct division colors as part of a park upgrade).

The monument remembers the sacrifice of the 36thInfantry Division- Texas National Guard- the “T-Patchers” who landed here during Operation Avalanche, the Salerno Landings on September 9th, 1943.  The 36thDivision was the first US Division to land on the continent of Europe.

From the National Guard Bureau history of World War II:  The U.S. Army's longest World War II campaign began in Italy on September 9, 1943, when the Texas National Guard's 36th Infantry Division landed at Salerno, south of Naples. Operation AVALANCHE was the first Allied thrust onto the European continent. The "Texas" Division, federalized in November 1940, shipped out two and a half years later for North Africa. The "T-Patchers" did not take part in the Sicily campaign of July-August 1943, but instead were selected as the American VI Corps' assault division for AVALANCHE. On September 3rd, the British Eighth Army landed at Calabria on the toe of the Italian boot. Allied planners hoped that this would pull the Germans south, away from the main landing at Salerno. Over the objections of his naval task force commander, Fifth Army commander Lt. Gen. Mark Clark vetoed a pre-invasion bombardment in favor of a surprise landing. Unfortunately for the Texans, the Germans saw them coming. Landing craft carrying the first waves of the 141st and 142nd Infantry were 300 yards from shore at about 3:15a.m. when German shells began falling. Landing craft took direct hits, spilling men into the sea; disabled boats created a logjam. Machine gun fire greeted the men who made it to the beach, but in small groups the T-Patchers began fighting their way inland. At 5:30 a.m., much-needed artillery landed, and the 151st Field Artillery and the 143rd Infantry's Cannon Company repulsed an armored attack. During the next two days German attention turned to the British sector, allowing the 36th to consolidate and move inland as reinforcements, including parts of Oklahoma's 45th Division, arrived. But Kesselring was gathering units for a counterattack, and by September 12th six panzer divisions faced the Allies, whose units were so decimated by the fierce fighting over the next two days that Clark began planning for evacuation. But Allied air superiority, and superb naval gunnery, finally drove the Germans back. Salerno was secured -- but the battle up the mountainous Italian peninsula, where Germans held the high ground, had just begun for the 36th Infantry Division, the first U.S. division to land on the continent of Europe.

One soldier of the 141stRegiment, 36thInfantry Division, Sergeant James M. Logan won the Medal of Honor near the present-day monument during the landing.

Text on the obelisk is written on two sides, one in English and the other in Italian.

The English text reads below the 36thInfantry Division symbol:

This monument was erected

to the men of the

who gave their lives

for the liberation of Italy

beginning on these beaches 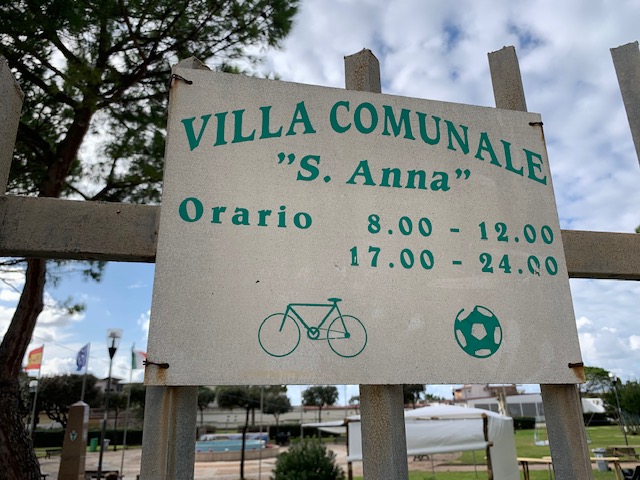 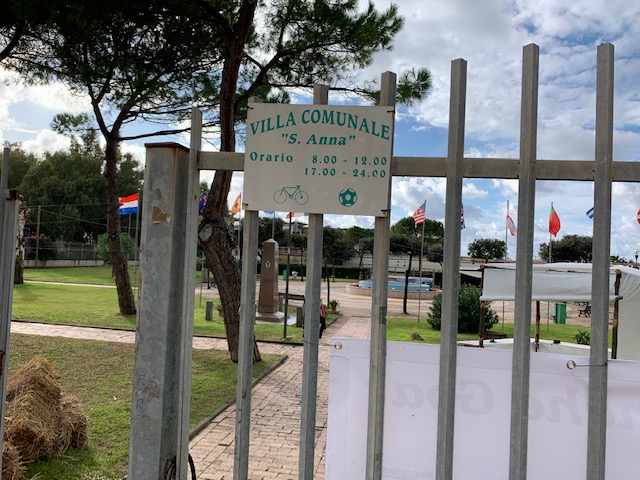 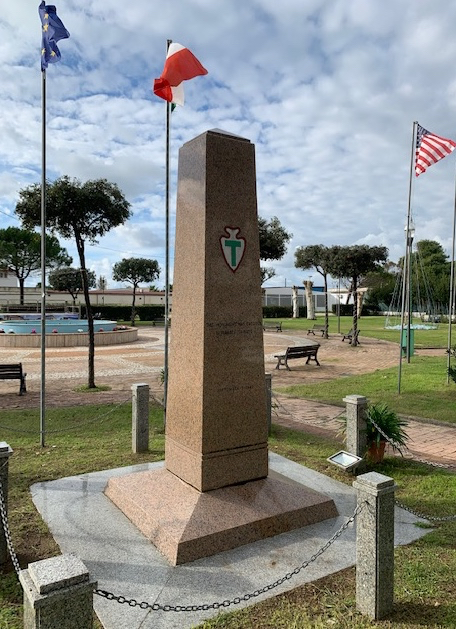 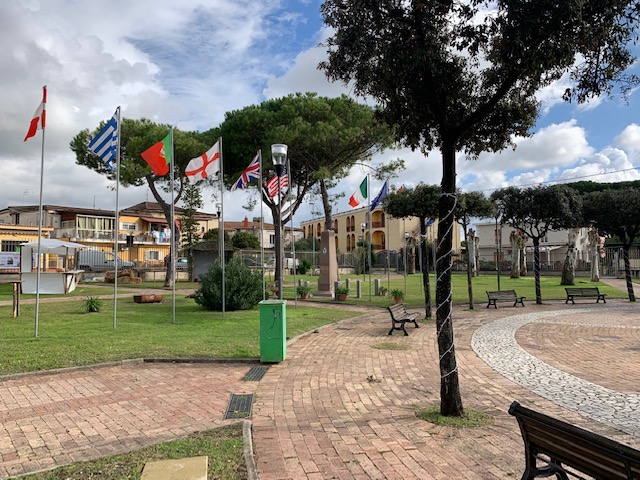 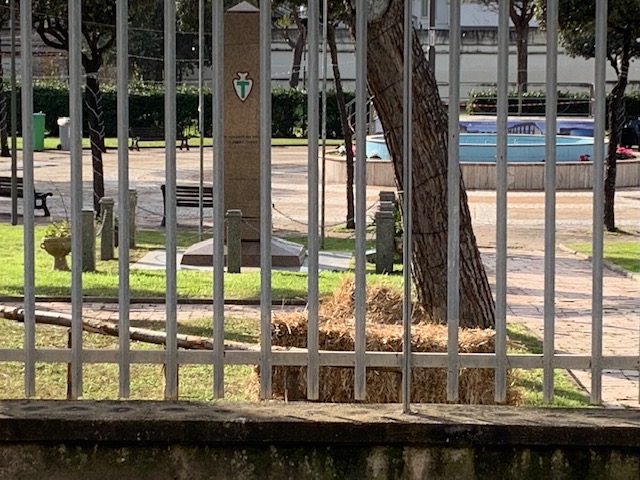 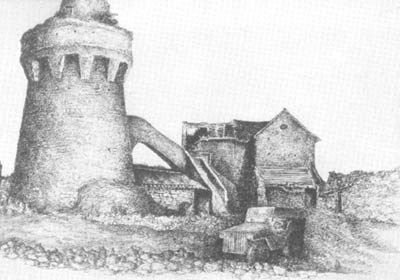 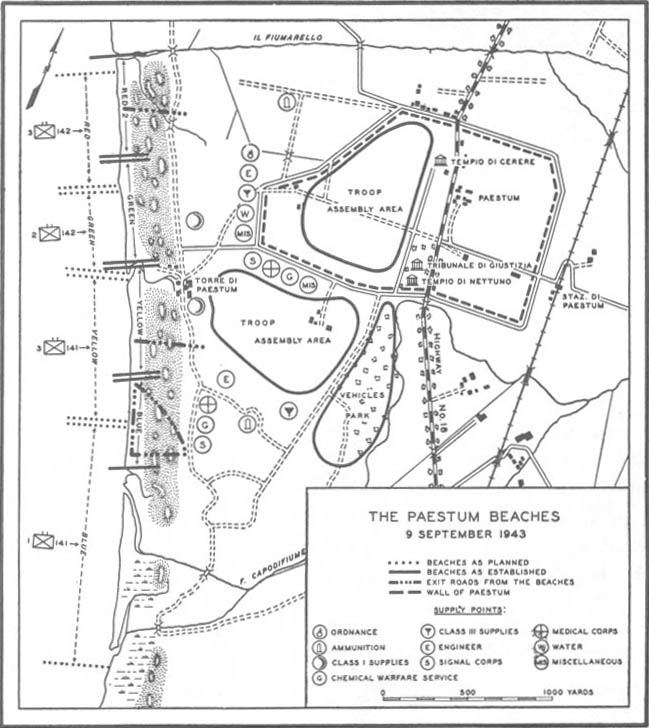 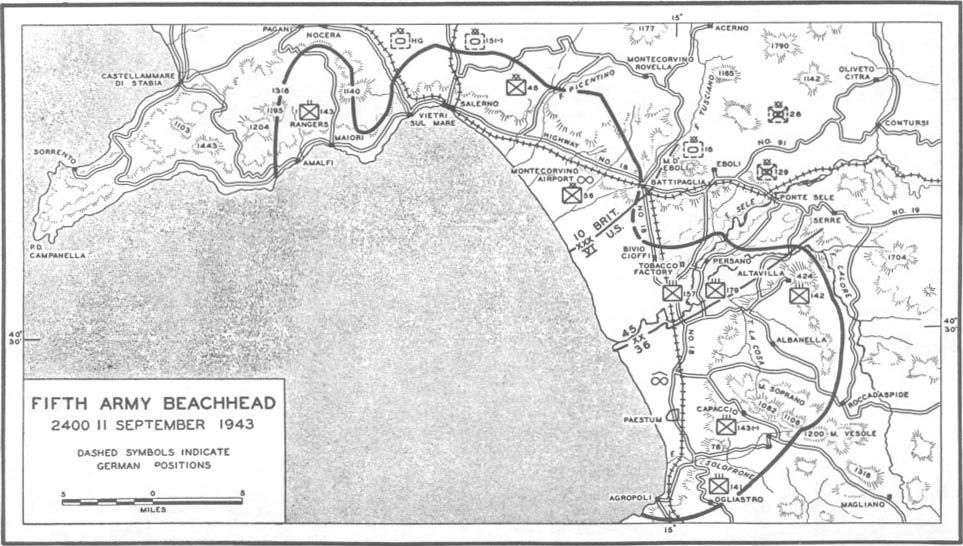 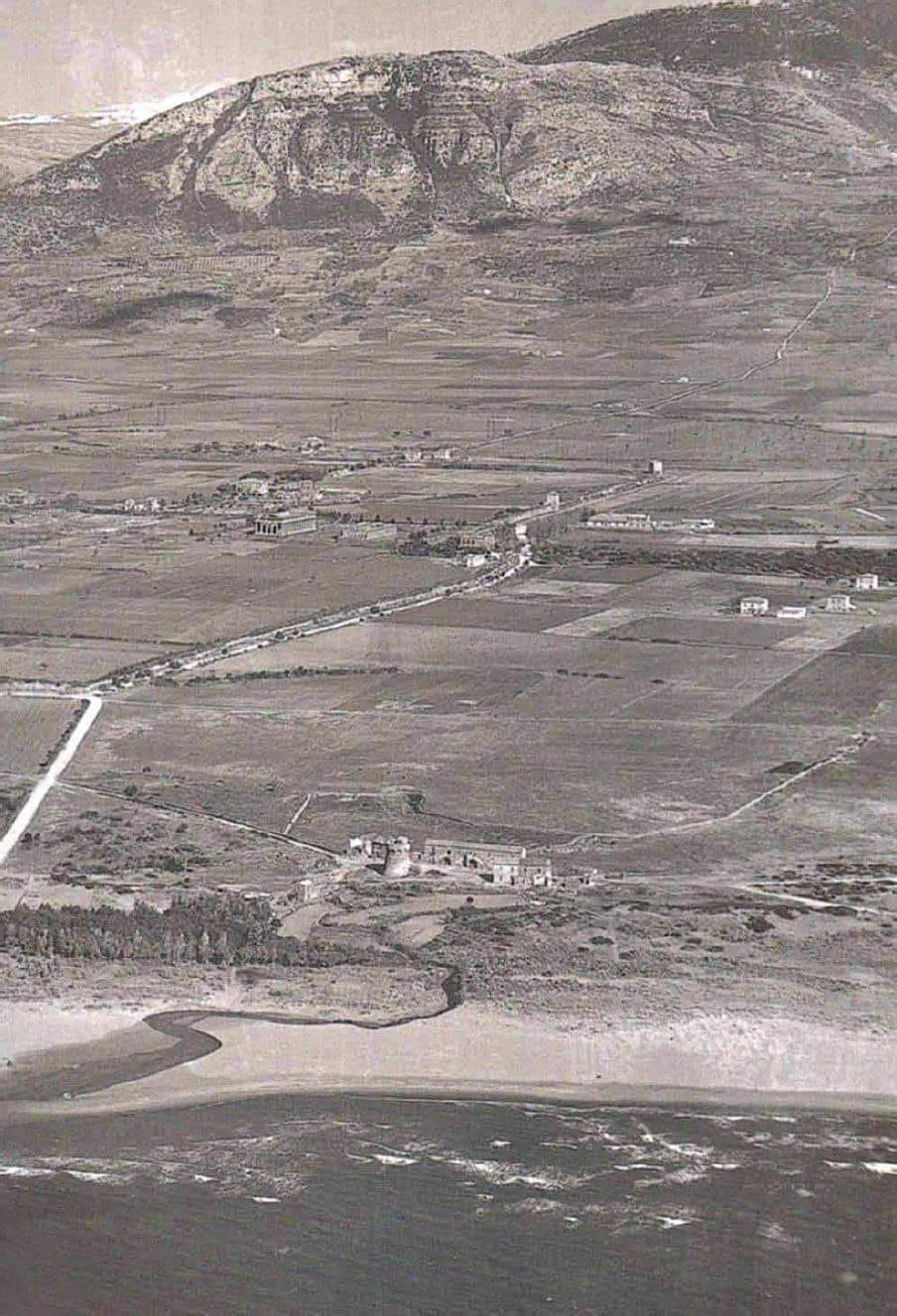