<< Back to Zum Zum Island (Morotai) 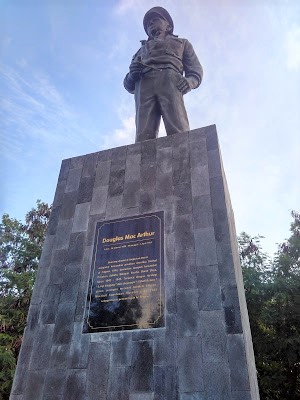 On the beach, near the Zum Zum Island sign. Monument

The memorial is a 20 feet tall statue of Douglas MacArthur. The statue stands about 12 feet high on a pedestal about 8 feet high. There is a brass inscribed plaque attached to the pedestal.
The memorial remembers the landings that occurred at Morotai Island in September 1944. Taking Morotai Island was key to the eventual invasion and landing at Leyte in the Philippines in October 1944.
From the 32nd Division Association website: In the autumn of 1944, with the New Guinea Campaign nearly complete, it was time to prepare for the next phase of the war in the Southwest Pacific, the liberation of the Philippines. Initially, it was planned that Mindanao, about 650 miles north of New Guinea, would be the first invasion of the Philippines, scheduled for sometime in October. For large scale operations in the Philippines, it would be necessary to establish a new air and naval support base roughly halfway between the existing Allied bases in New Guinea and the next objective. Two choices were carefully considered, Halmahera Island and the island of Morotai. Morotai, only 12 miles from the northern tip of Halmahera, is an oval shaped island roughly 40 miles long by 25 miles wide. Although it did not have much in the way of existing facilities, it was deemed suitable for an air and light naval base. Plus, it was weakly held by the enemy. The attack on Morotai was scheduled for 15 September 1944. The attack on Mindanao was pushed back to 15 November.
The US Force consisted an attack force of 40,000 built around the Regimental Combat Teams of the 31st and 32nd Infantry Divisions; 16,000 USAAF personnel and the US Navy Task Force 77.
LT Arthur Murray Preston, US Navy, was awarded the Medal of Honor for bravery as part of Torpedo Boat Squadron 33 during this operation.
A monument to Teruo Nakamura, the last Japanese soldier to surrender in 1974 in WW2,  is also nearby.

The text on the inscribed plaque is written in Indonesian:

The information includes Douglas MacArthur’s birth and death dates and accomplishments “Island Hopping” through the Pacific in World War 2 in the Pacific Theater. 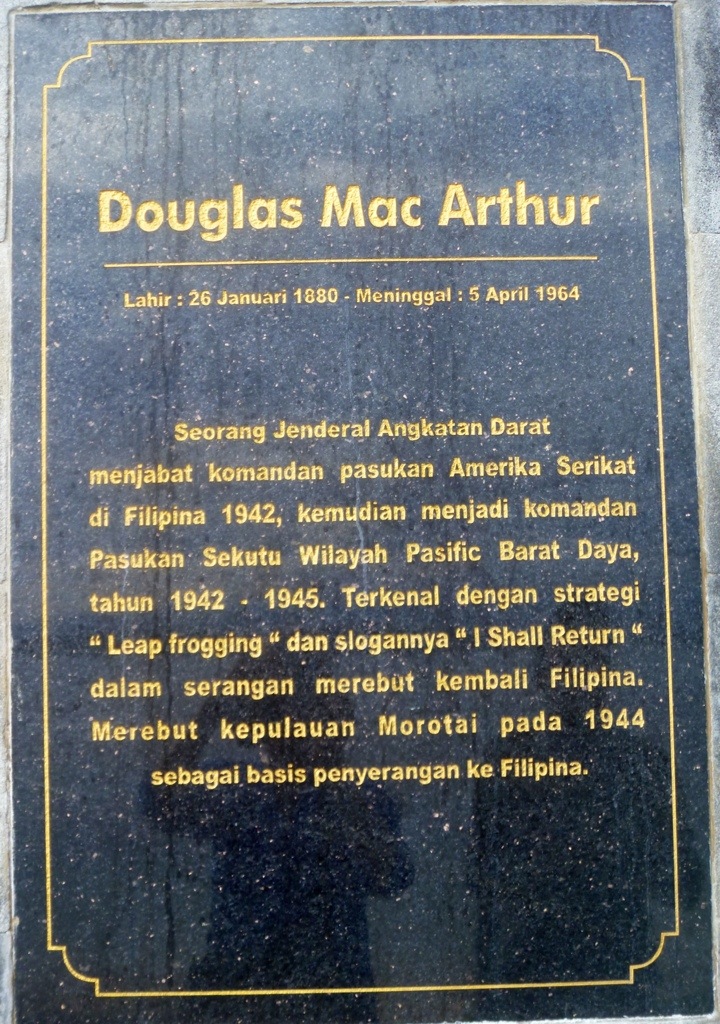 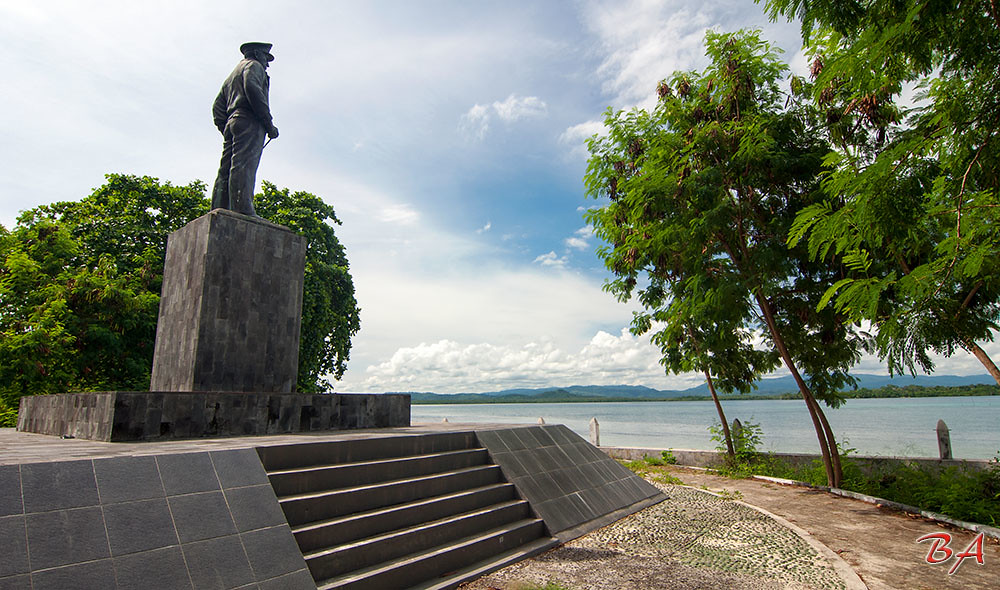 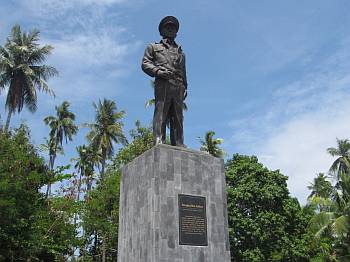 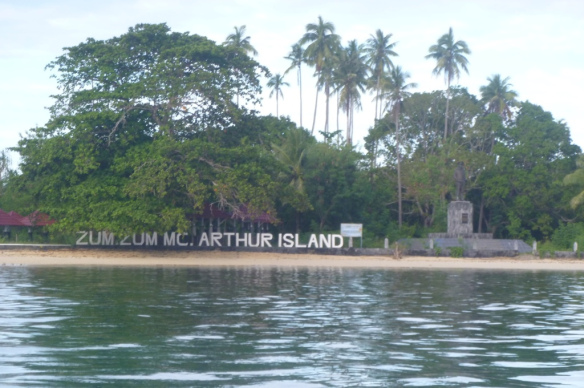 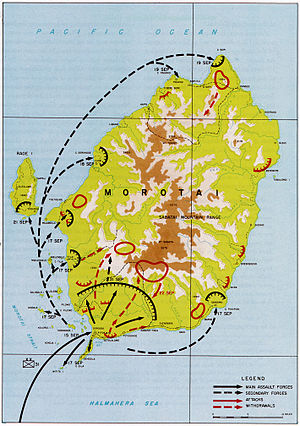 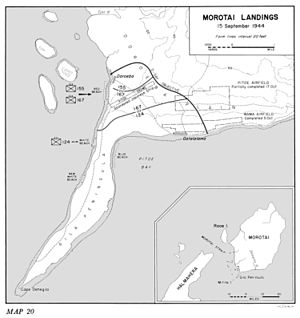