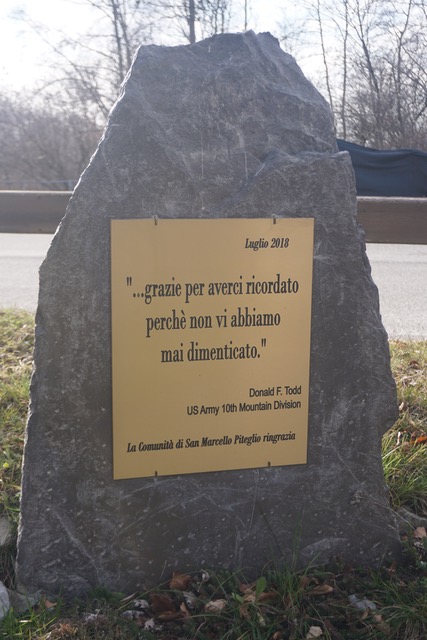 Near the park entrance adjacent to the roadway.

A local stone about 4 feet his with an inscribed brass plaque attached to the front.

The village of Prunetta was a rest location for the 10th Mountain Division during the war.  Units of the 10thMountain rested here over Easter in 1945 before the final battle to push the Germans onto the Po Valley.  Many life long friendships were made during that short rest from the front, to include that of Donald Todd- who was also an amateur photographer and documented this Easter break.  Many of Todd’s photo’s can be found on the town main street documenting life in Prunetta in 1945.  In February 2020, the City of San Marcello Piteglio made him an honorary town citizen.

The monument is located in a park that was used in April 1945 by the 10th Mountain Division Commanding General Hayes to address the troops the day before the regiment went back into the line.

April 1, 1945 - Donald F. Todd, PFC, K Company, 85th Regiment, 10th Mountain Division and fellow soldiers enjoyed a reprieve from the battlefront - in the village of Prunetta, Italy, high in the mountains NW of Florence. These photos were taken by PFC Todd on that day. Over the intervening years, these photos have led to a very special friendship between the Todd family and the wonderful people of Prunetta and the larger Comune di San Marcello Piteglio. We send much love, gratitude, and prayers for health and safety to our friends in these uncertain times. With special thanks to the descendants of those who embraced the young men of the 10th and let them rest in their homes on Easter Sunday.

The text on the monument is written in Italian and reads:

“….thanks for remembering us

because we have never

The community of San Marcello Piteglio is thankful 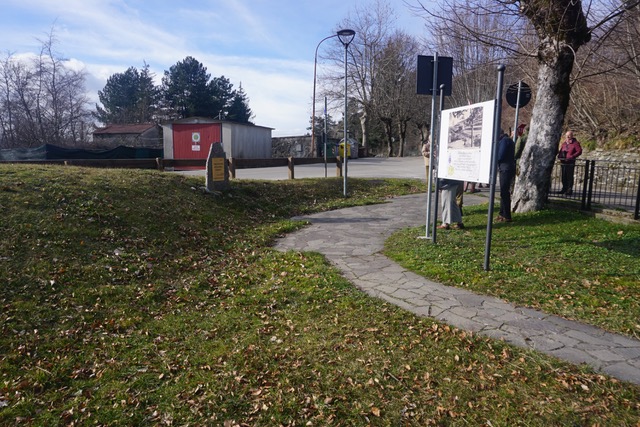 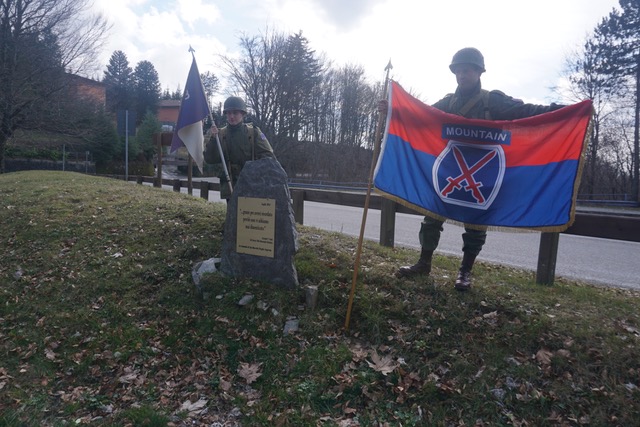 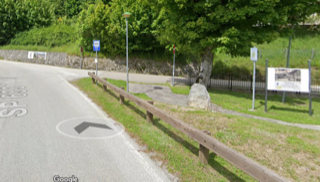 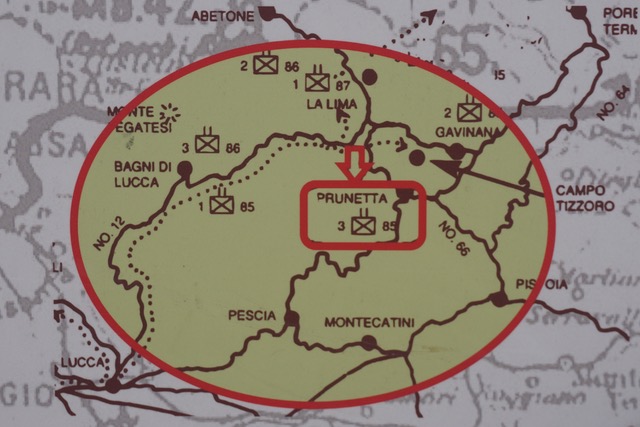 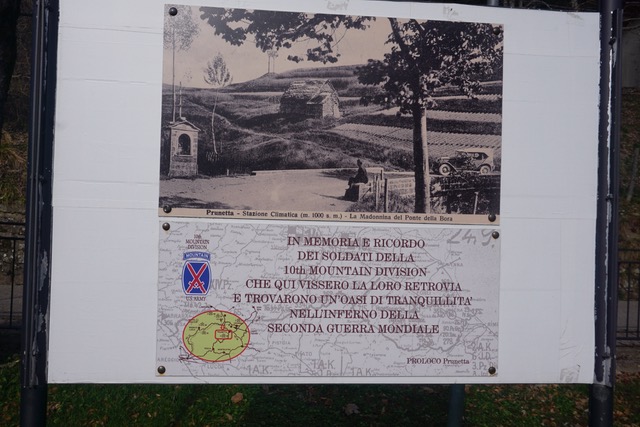