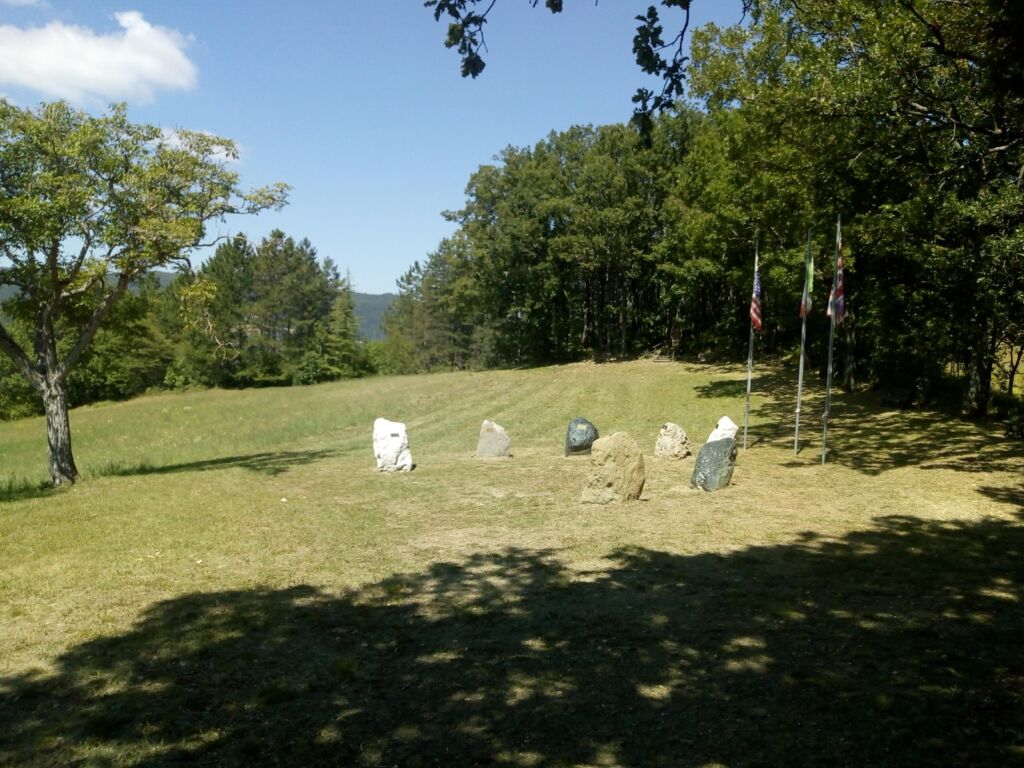 Off via Casale about 100 meters from the roadway, on the right just after Casale from Zavattarello.

The memorial is a “Garden of Memories” which includes 7 large stones about 3 feet high, each with an inscribed brass plaque attached to each, representing each of the crew killed in the crash.  The site also includes 3 informational panels.

The monument was dedicated in 2017; another plaque is located in the town of Zavattarello (See this website, Site: Zavattarello; C-47 (42 100954) Crash Memorial for more on this incident).

Background: The Douglas C-47 Skytrain “Gooney Bird” (42-100954) was assigned to the 16th Troop Carrier Squadron, 64th Troop Transport Group, 12th Air Force.   During the night of February 22/23, 1945, the plane flying from the Rosignano-Airdrome (Livorno), Italy,  with an international crew of five Americans and two British (Royal Army Service Corps, 352 General Transport Company) were on a mission to resupply (known as Operation Peedunk) the OSS (Office of Strategic Services) Operation Pee Dee mission led by Captain Les Vanoncini and the Partisan forces he supported.  The mission of Operation Pee Dee was to cooperate with the British SOE to assist partisans in preventing passage of German troops retreating north through the Liguria region of Northern Italy. Sometime during the night of 22/23 February, after the air re-supply, the C-47 crashed on the slope of Monte Calenzone killing all seven crew members.  (Per Missing Aircraft Report {MACR}12987)

The memorial includes an informational sign and seven upright rocks

The text on the rocks is written in English:

A large informational panel is written in Italian and reads:

At this location 7 Allied Aviators

on the slopes of Monte Calenzone

while dropping military assistance to the partisans

who were fighting the nazi-facsists

Other informational signs include great detail about Partisan and OSS activities in the area during WW2. 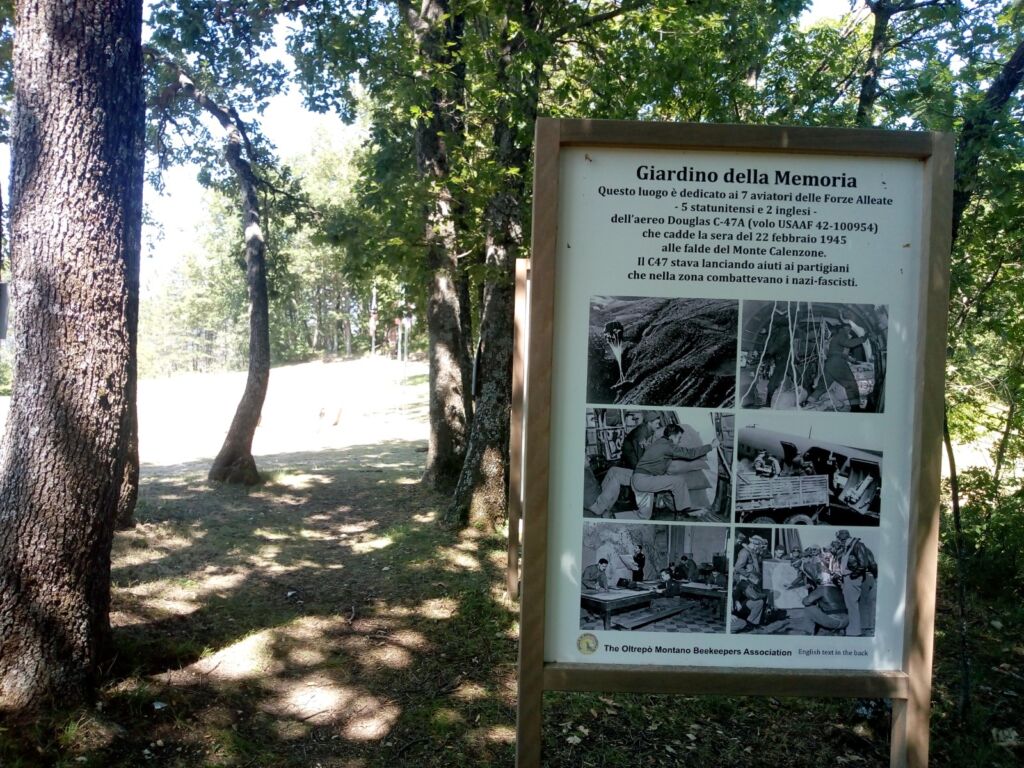 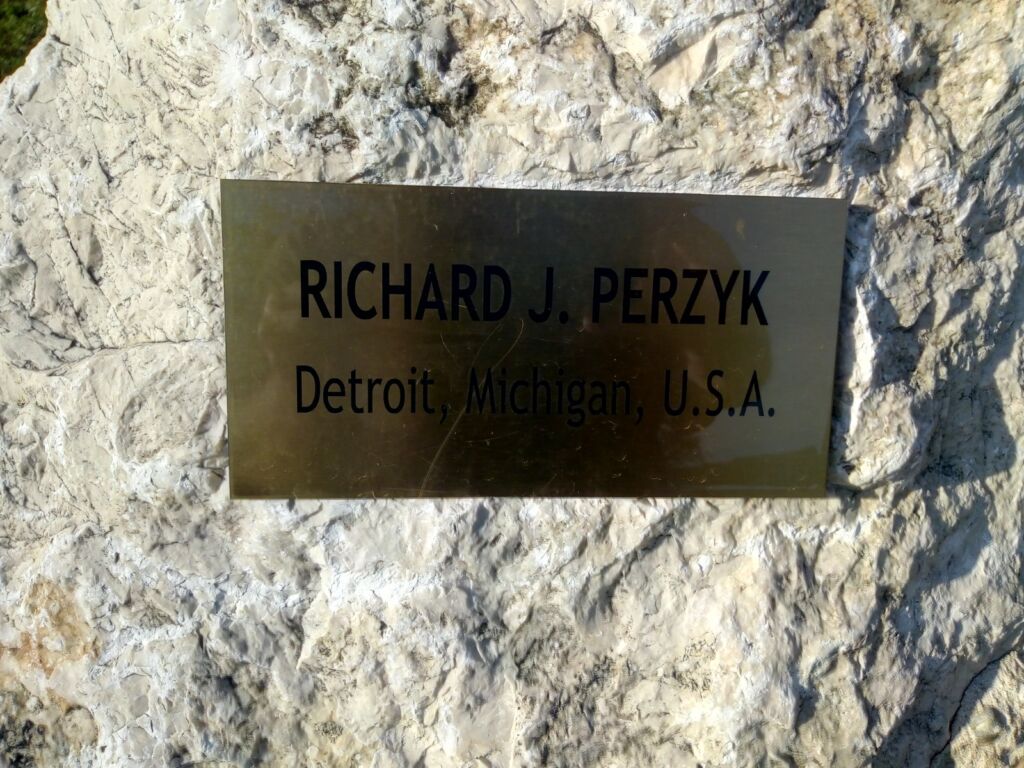 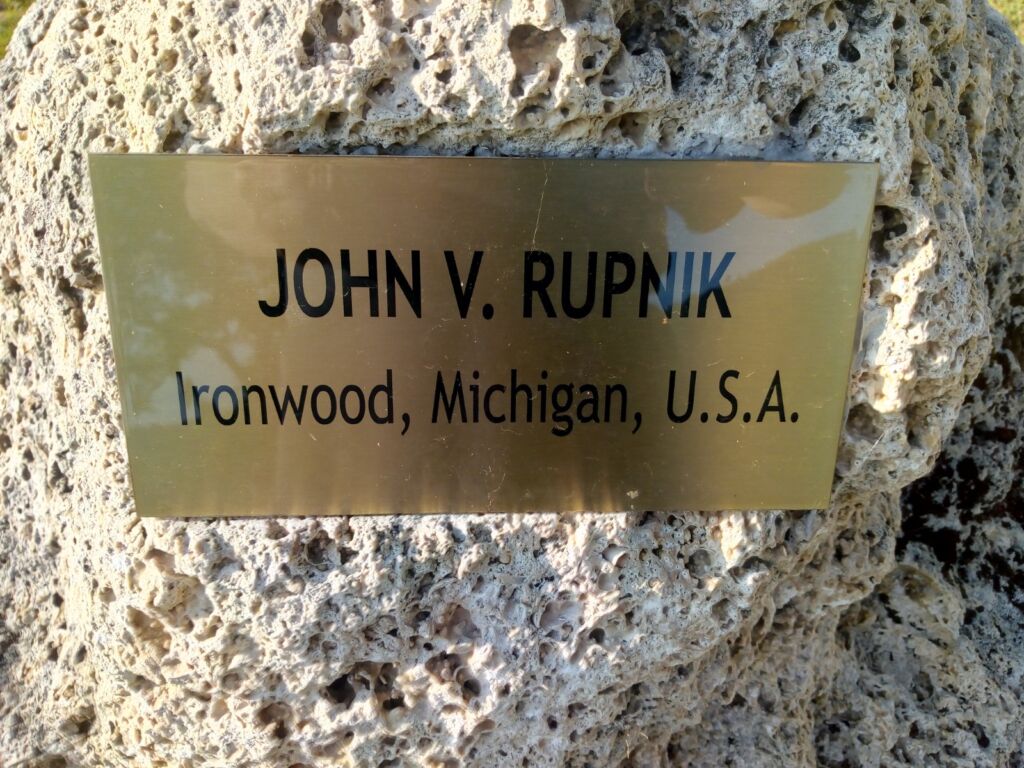 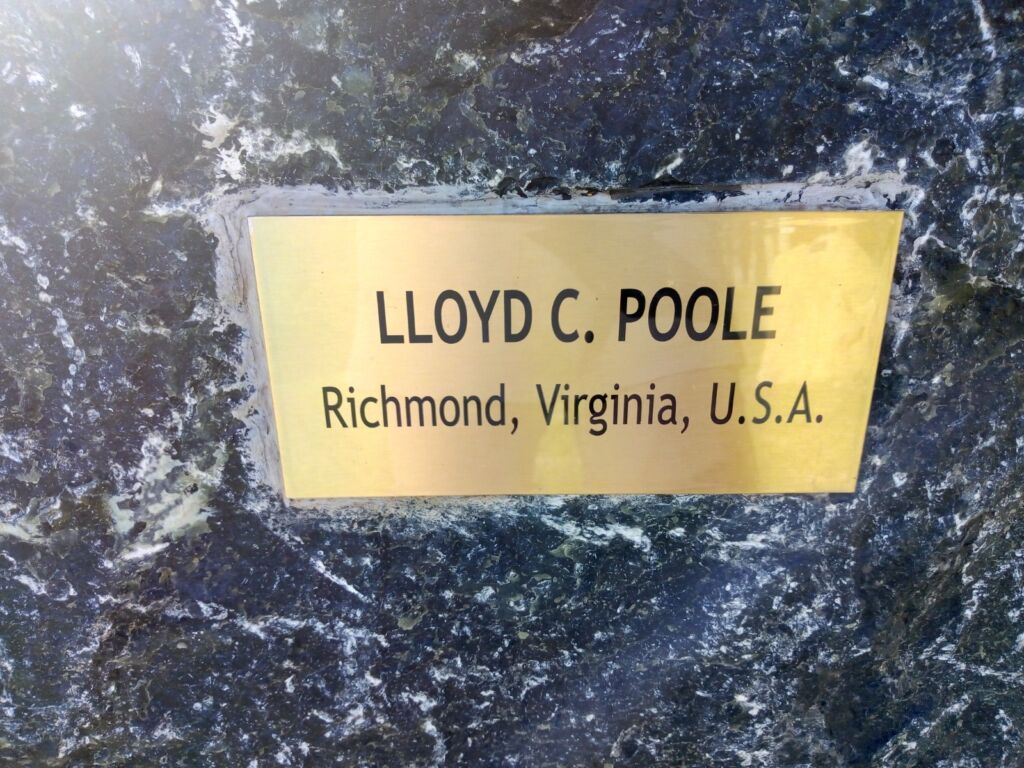 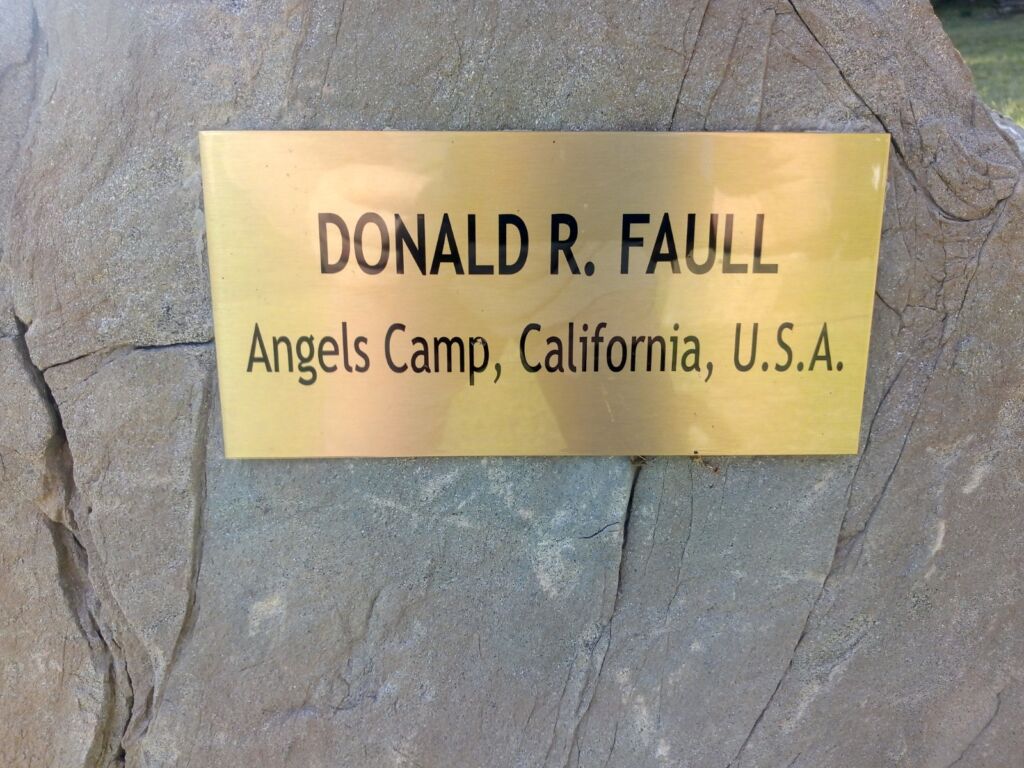 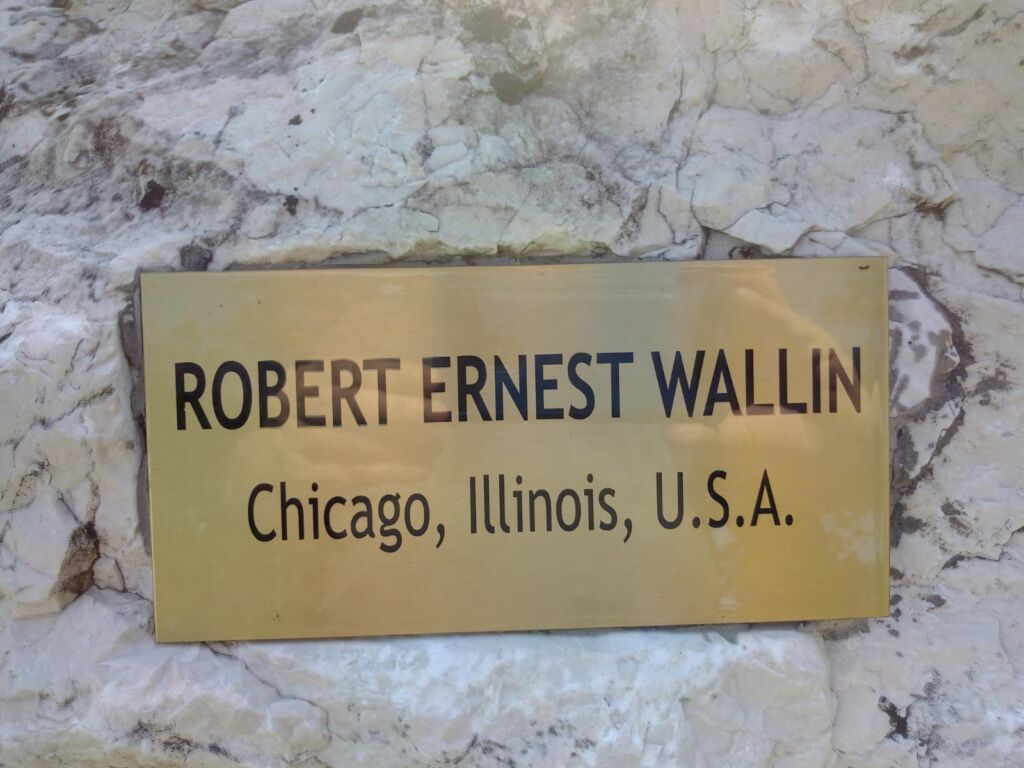 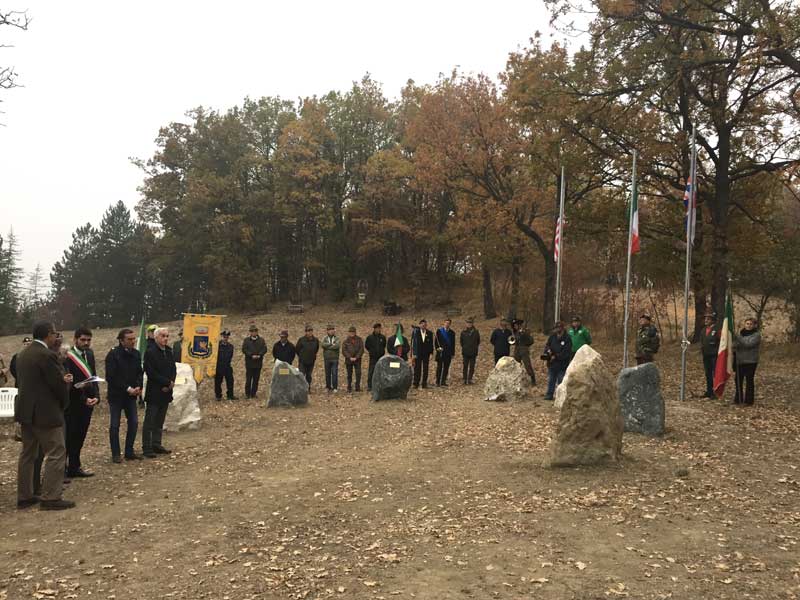 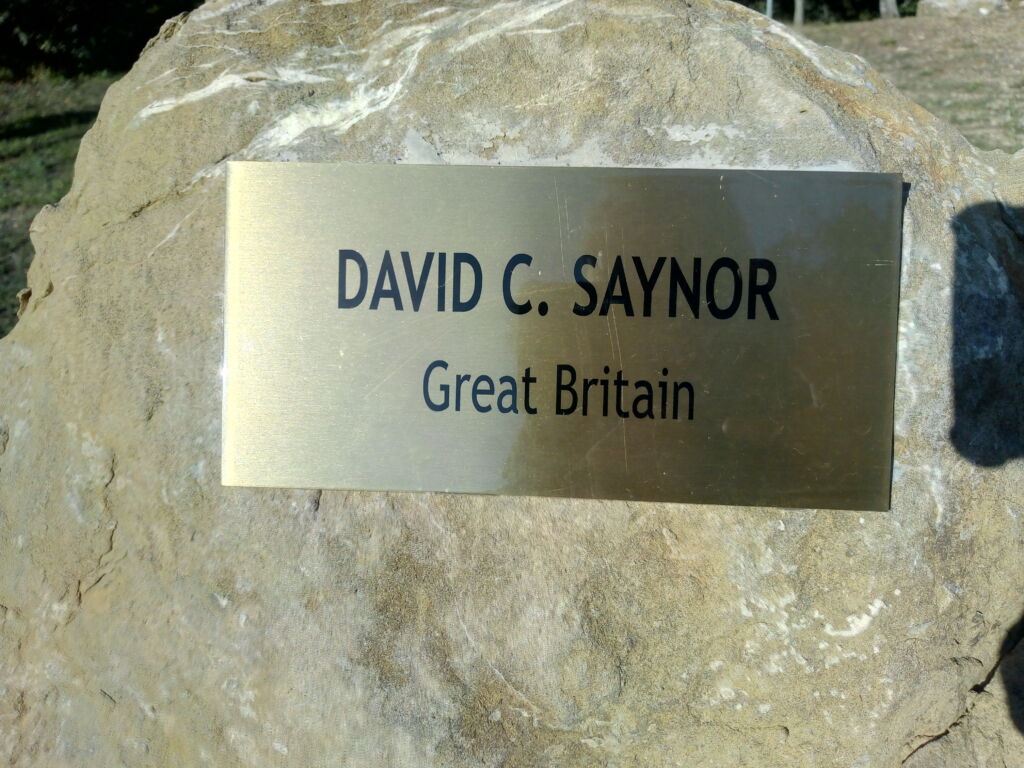 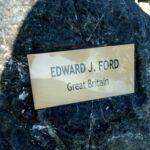 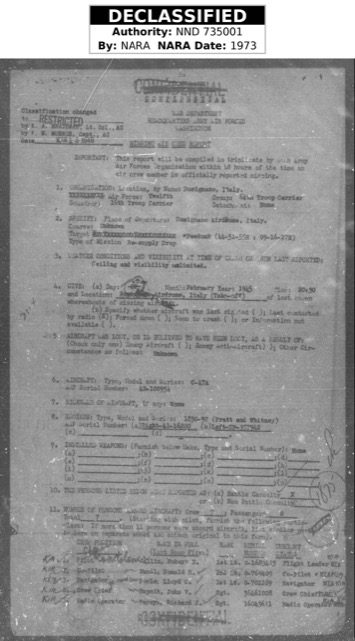