<< Back to Cadelbosco di Sotto 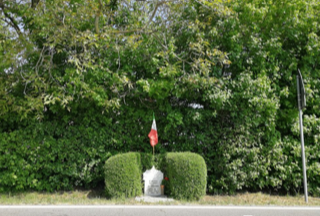 Located on the immediate roadside encircled by a row of hedges, open to the street.

The marker remembers First Lieutenant Edward F. Golden Jr. a Platoon Leader in Company A, 4th Tank Battalion, Combat Command B, of the 1st Armored Division.  1LT Golden fell near this spot during the Po Valley Campaign on April 24, 1945. He was shot by a sniper while conducting a dismounted recon near the town of Cadelbosco di Sotto.

The town placed the marker immediately after the war and rededicated it in 2018.

A park in Cadelbosco di Sopra also remembers LT Golden and two other soldiers killed in fighting in this area. (See this website for LT Golden Park for more information on the park).

The text on the marker is written in Italian and reads:

WHO FELL FOR THE 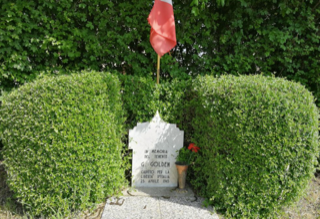 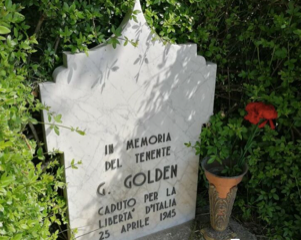 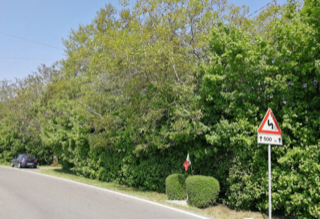