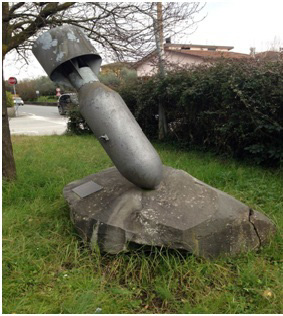 In the parking lot in front of the post office.

A US 1000 lb bomb mounted on a pedestal with an inscribed plaque.

The memorial is a bomb found while constructing a new Post Office in 1990. The bomb was dropped during World War 2.

Aerial American 1000 pound bomb rediscovered on 21 September 1990 the construction of the new Post Office.  The Bomb was deactivated in place by the 7th Engineer Directorate of the Florence Military District. 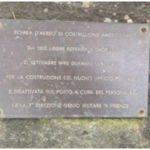