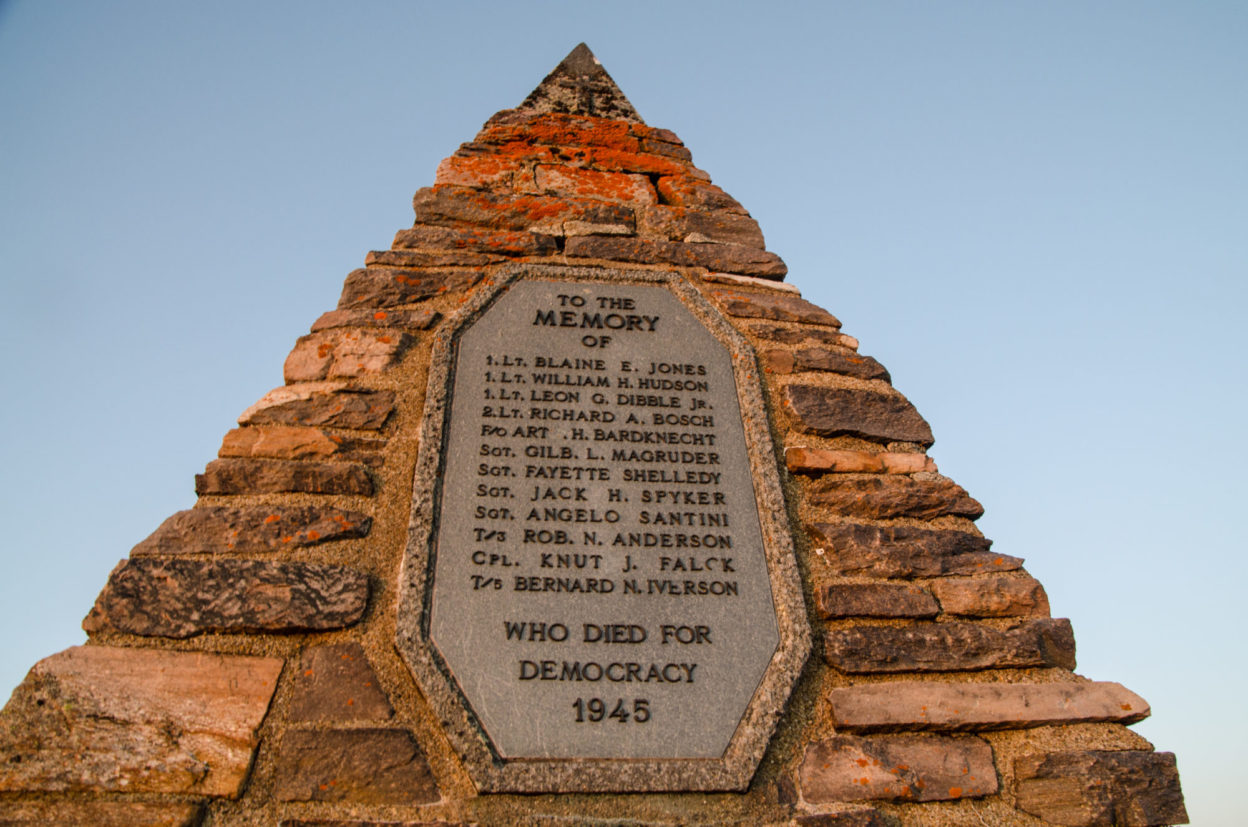 On a remote mountain peak. Monument

A stone pyramid about 8 feet tall with an attached marble inscribed plaque. 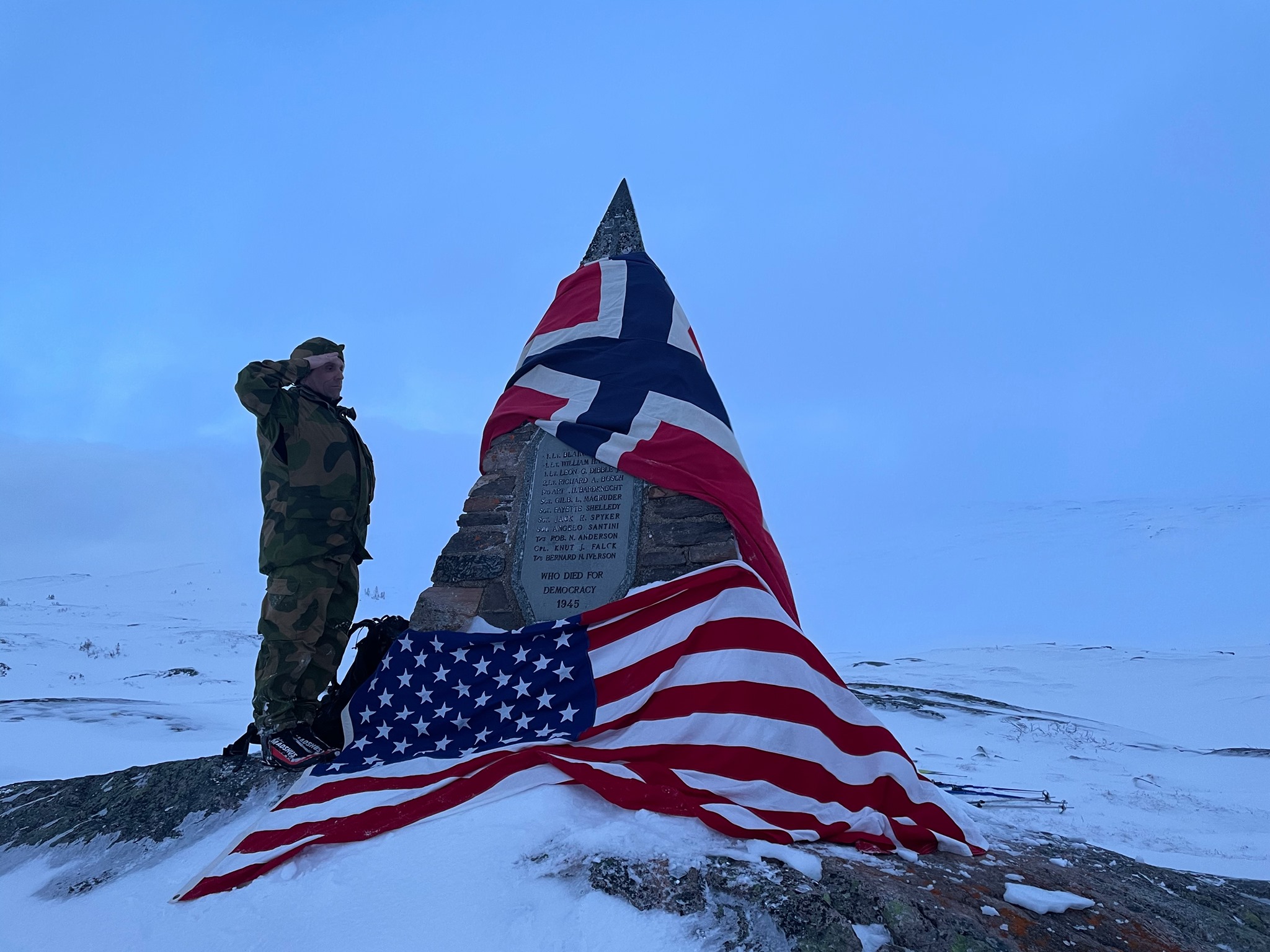 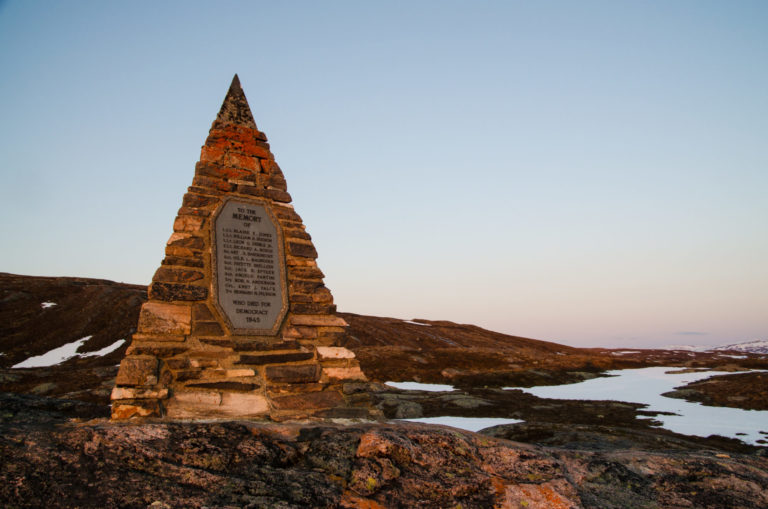