<< Back to Warsaw – Old Zoliborz

In the center of the roadway park.

A brass sculpture of a horse with rider and two soldiers by their side mounted on a pyramid made of marble blocks.  The brass figures are life size and on mount about 10 feet tall.  The monument was designed by sculptor Andrzej Pitynski, and symbolically shows soldiers of the Haller Army / Blue Army crossing the vast waters of the Atlantic to come to Poland's aid.

Built in 1998 to honor the American army volunteers who fought with the “Blue Army” in France in World War 1 and returned to fight for Poland during the Polish-Soviet War of 1919-1920.

The Blue Army or Haller's Army, was a Polish military contingent created in France during the latter stages of World War I. The name came from the French-issued blue military uniforms worn by the soldiers. The symbolic term used to describe the troops was subsequently adopted by General Józef Haller von Hallenburg to represent all newly organized Polish Legions fighting in western Europe.

The army was formed on 4 June 1917, and was made up of Polish volunteers serving alongside allied forces in France during World War I. After fighting on the Western Front, the army was transferred to Poland where it joined other Polish military formations fighting for the return of Poland's independence. The Blue Army played a pivotal role in ensuring Polish victory in the Polish–Ukrainian War, and later Haller's troops took part in Poland's defeat of the advancing Bolshevik forces in the Polish–Soviet War.

Special thanks to the Polish Legion of American Veterans {PLAV} Post 14 (E. Jablonowski), Syracuse, NY, for assistance with this memorial.

The text on the various inscribed portions of the monument are in Polish (with translations below):

The top image is that of the military order of the "Cross of Polish Soldiers from America" (in Polish "Krzyż Żołnierzy Polskich z Ameryki") which was established in 1920 by the order of Józef Piłsudski to honor volunteers from Canada and the USA who came to Poland to defend the newly regained independence. The cross was awarded until 1927.

The cross reads, from top to bottom, "SWOIM ŻOŁNIERZOM Z AMERYKI OSWOBODZONA POLSKA" or "Our Soldiers from America who Liberated Poland." At the four corners are the names of the four campaigns: "SZAMPANIA" (the Champagne region of France) "LVÓW" (Lvov) "WOŁYŃ" (Volhynia) "POMORZE" (Pomerania).

/MONUMENT IN HONOR OF THE ARMED ACT OF AMERICAN POLONIA/

/The Association of Traditions of The Polish Army, in the name of Jozef Pilsudski/

/The Association of Polish Army Veterans in America (S.W.A.P. [in Polish])/

/THE MONUMENT WAS ERECTED ON AUGUST 14, 1998 TRANSFERRED TO THE AUTHORITIES OF THE CITY OF WARSAW NOVEMBER 7, 2002/

[too small to read]

/AUTHORS OF THE MONUMENT [or, "MONUMENT DESIGNED BY"]/ 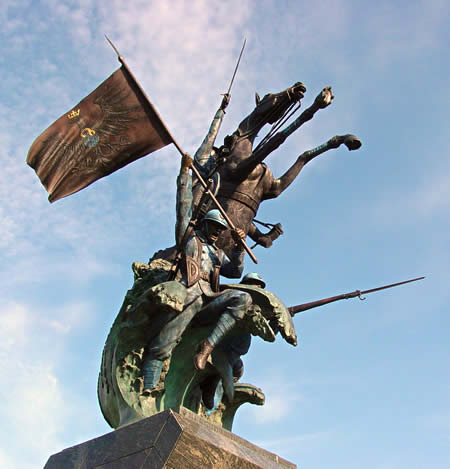 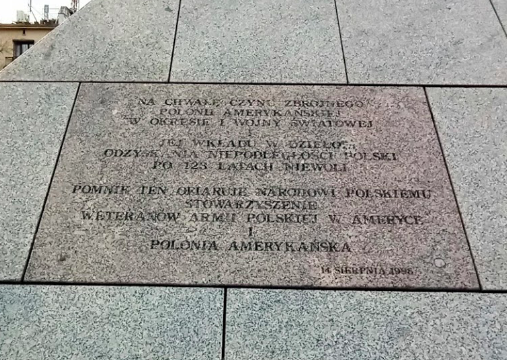 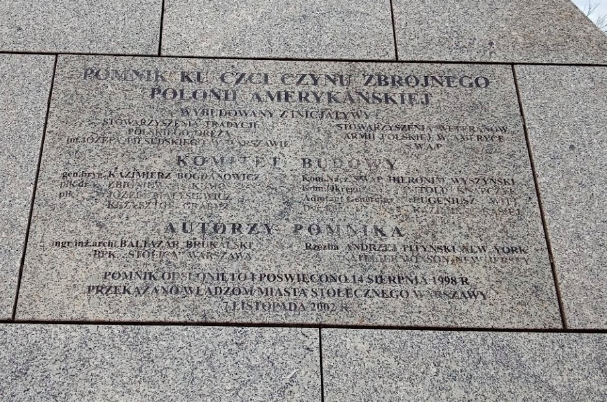 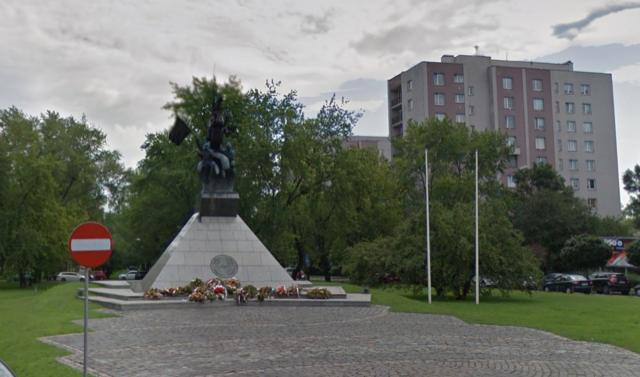 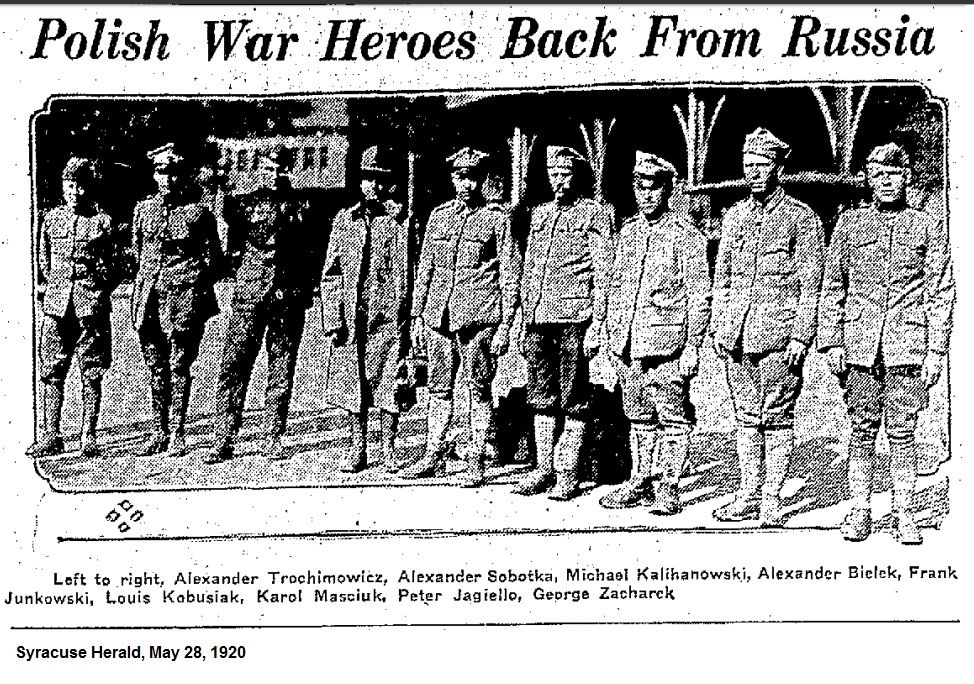 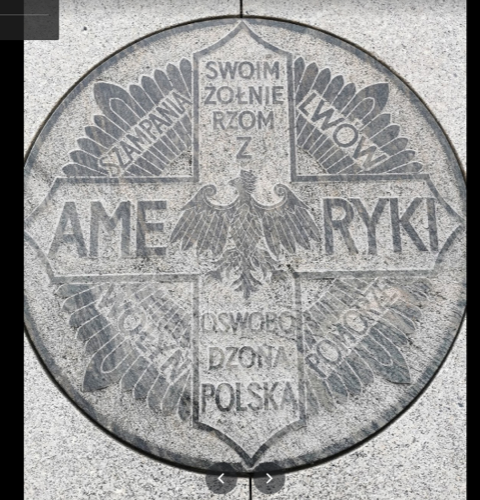