<< Back to Shalford Church 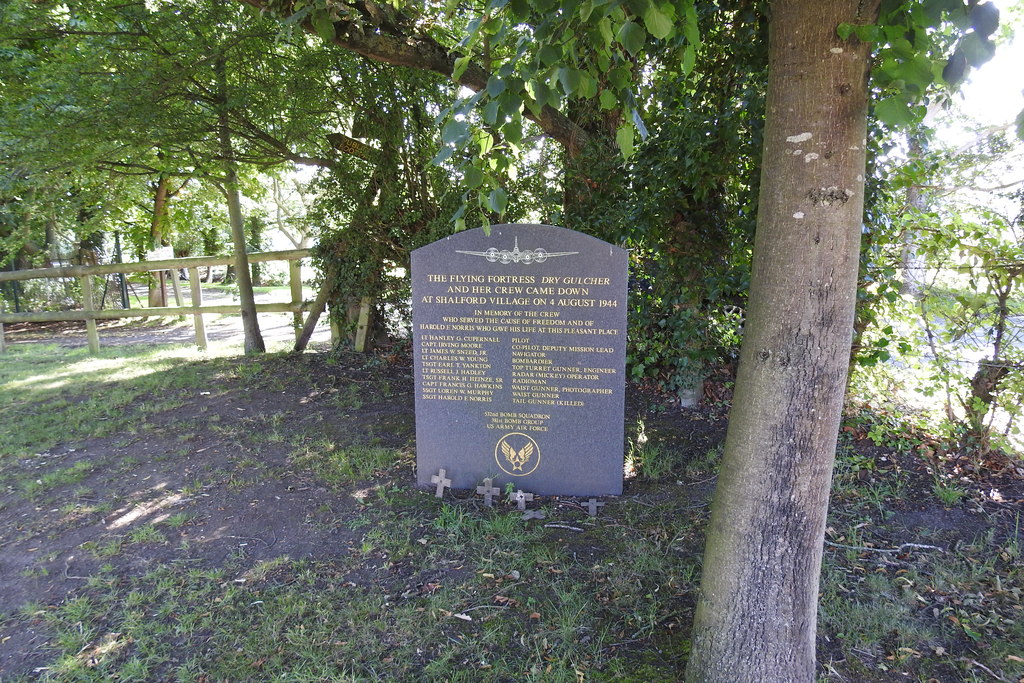 On the east side, right at the entrance track to the church.

A free-standing rectangular stone with a curved top, inscribed in English in gold lettering with a depicture of a B-17 airplane on the top and USAAF insignia on the bottom. This memorial commemorates the loss of an American Boeing B-17 Flying Fortress over the Essex village of Shalford on 4 August 1944 during the Second World War. On 4th August 1944, a Flying Fortress called ‘Dry Gulcher’ and her crew came down on fields behind Shalford Church having shortly taken off fully laden. All the crew except for SSGT Harold Norris who was the tail gunner made a successful parachute landing, the plane exploded with blast damage damaging Shalford Hall.  The aircraft was based at Ridgewell aerodrome from the 532nd Bomb Squadron part of the 381st Bomb Group. The memorial was erected by his nephew with the help of the Shalford Parish Council and Shalford Local History Society.

AND HER CREW CAME DOWN

IN MEMORY OF THE CREW

WHO SERVED THE CAUSE OF FREEDOM AND OF

HAROLD F. NORRIS WHO HAVE HIS LIFE AT THIS PLEASANT PLACE 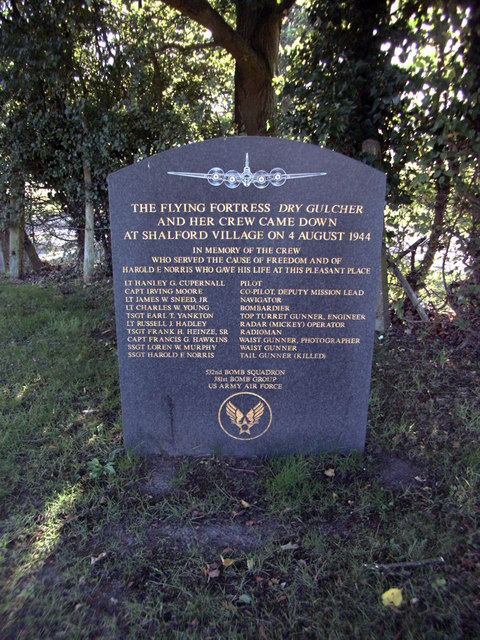 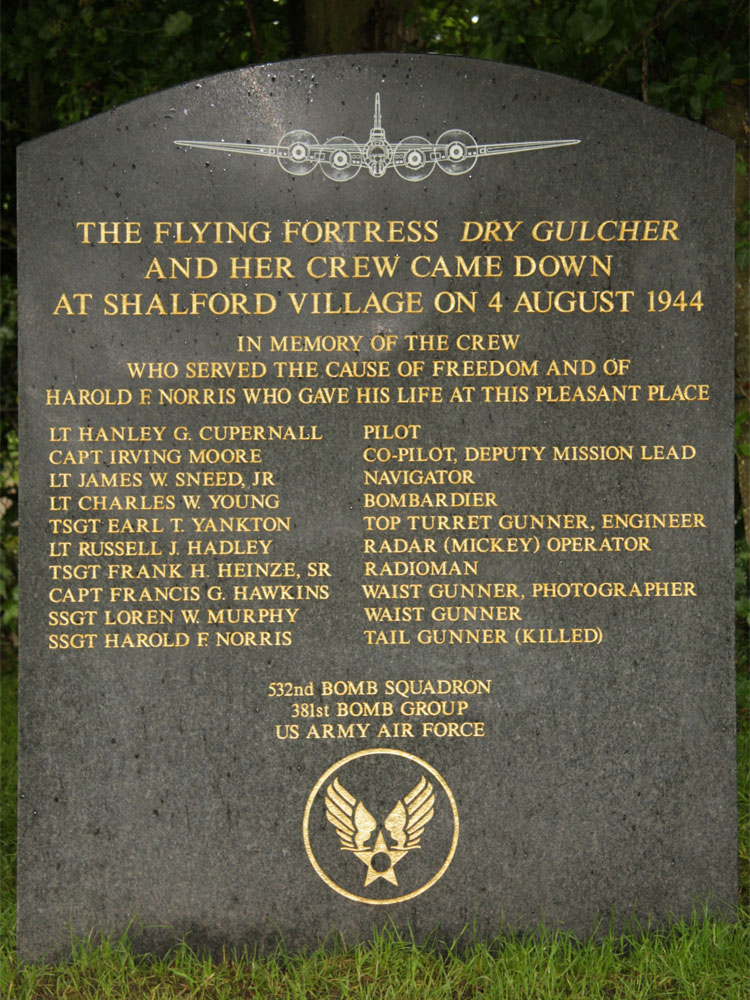