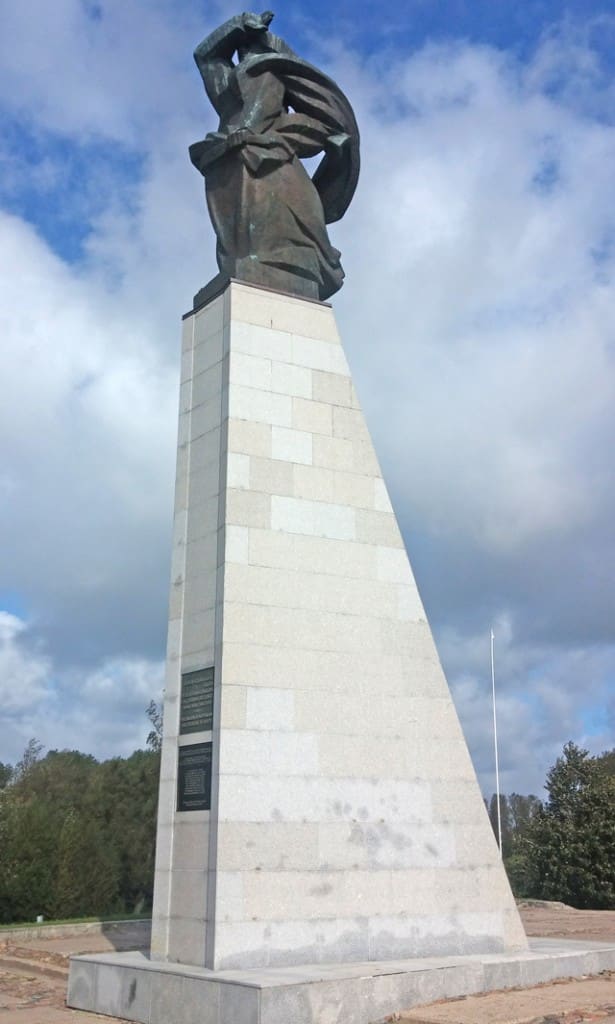 A plaque at the base of the Fisherman’s Monument.

A brass inscribed plaque, about 2 feet be 2 feet attached to the bottom front of a large Latvian Monument remembering lost Fisherman.

Reports of a Navy plane missing over the Baltic Sea flooded the news in early April 1950. Shortly after WWII, the U.S. government received information that the Baltic Sea was being turned into a “Soviet Gibraltar” and that four Soviet submarines were being launched monthly in the Baltic.  Additionally, information was circulated that Soviet airfields were being built on various Baltic islands.  The Navy was ordered to investigate, and planes equipped with state of the art electronic monitoring and photographic equipment were prepared.  Patrol Squadron 26 (VP-26) detached several PB4Y-2 (Consolidated Liberator) planes to Lyautey, French Morocco, in the secret Operation Ferret whose primary mission was to record and analyze Soviet radar and electronic signals, and to obtain photographs.

On April 8, 1950, a PB4Y-2 Privateer “Turbulent Turtle” (BuNo 59645), carrying a crew of ten, departed NAS Port Lyautey, French Morocco, on its secret intelligence gathering flight.  It first flew to Wiesbaden, West Germany, where it departed at 1031.  At 1330 the aircraft reported it was flying over Bremerhaven, Germany, and a little over an hour later, at 1440, while flying over the Baltic Sea off the coast of Liepaja, Latvia.  This was its last radio report and almost nine hours later, VP-26 headquarters at Port Lyautey received a dispatch from U.S. Naval Base, Bremerhaven, stating that BuNo 59645 was “overdue.”  Early the next morning three PB4Y-2s were ordered from Port Lyautey to conduct a search for BuNo 59645. Their initial search began on April 10 but was discontinued 10 days later when an additional plane from VP-26 and about 25 USAF aircraft had unsuccessfully scoured the Baltic without finding any trace of the missing plane. The plane is thought to have been shot down by Soviet Aircraft.

Crew of the “Turbulent Turtle” included:

Each of the crewmembers were posthumously awarded the Distinguished Flying Cross and were considered lost at sea.

The text on the plaque is written in English and Latvian. The English reads: 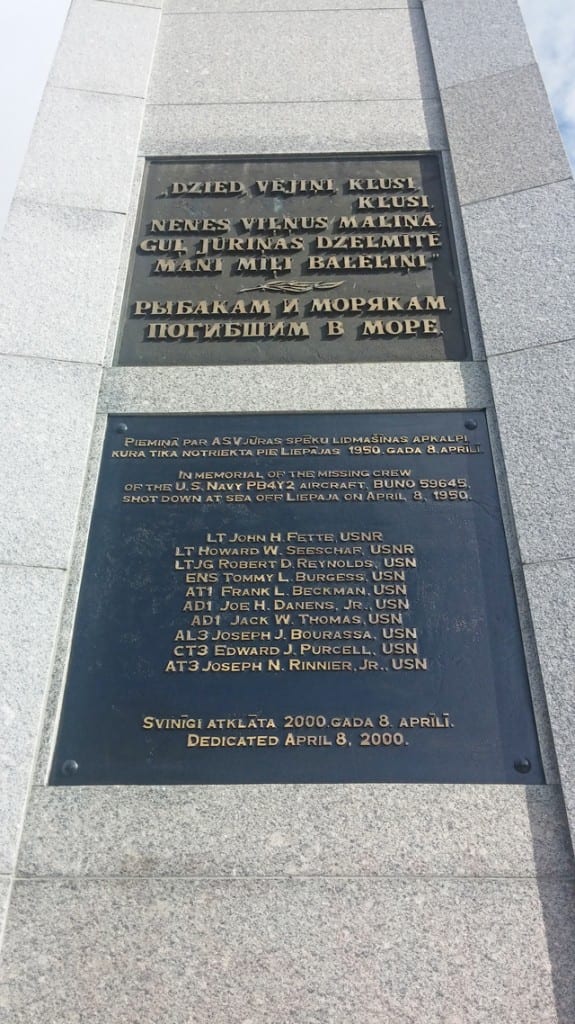 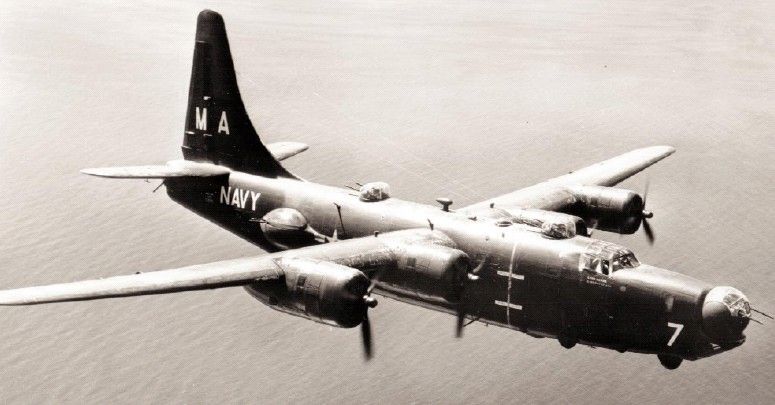 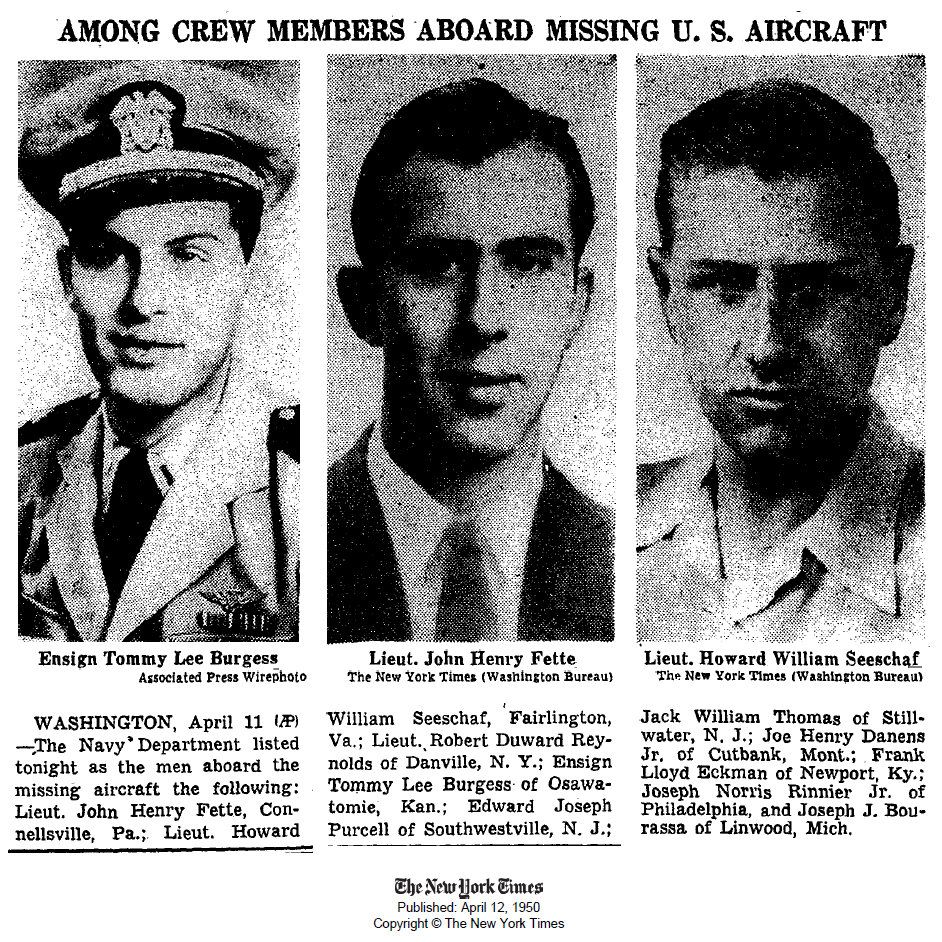 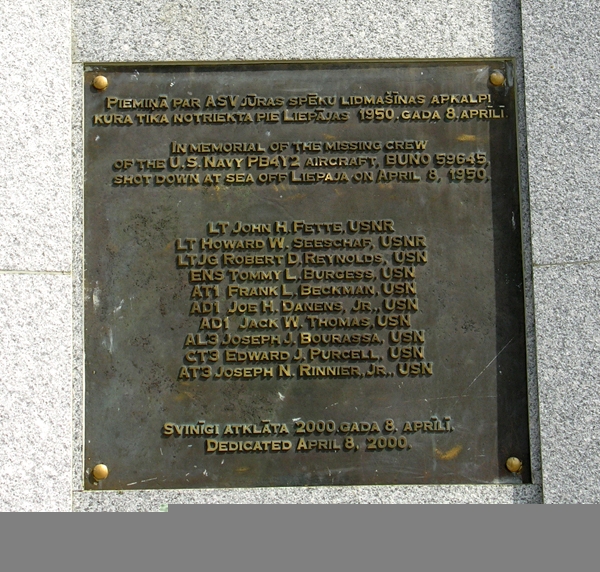 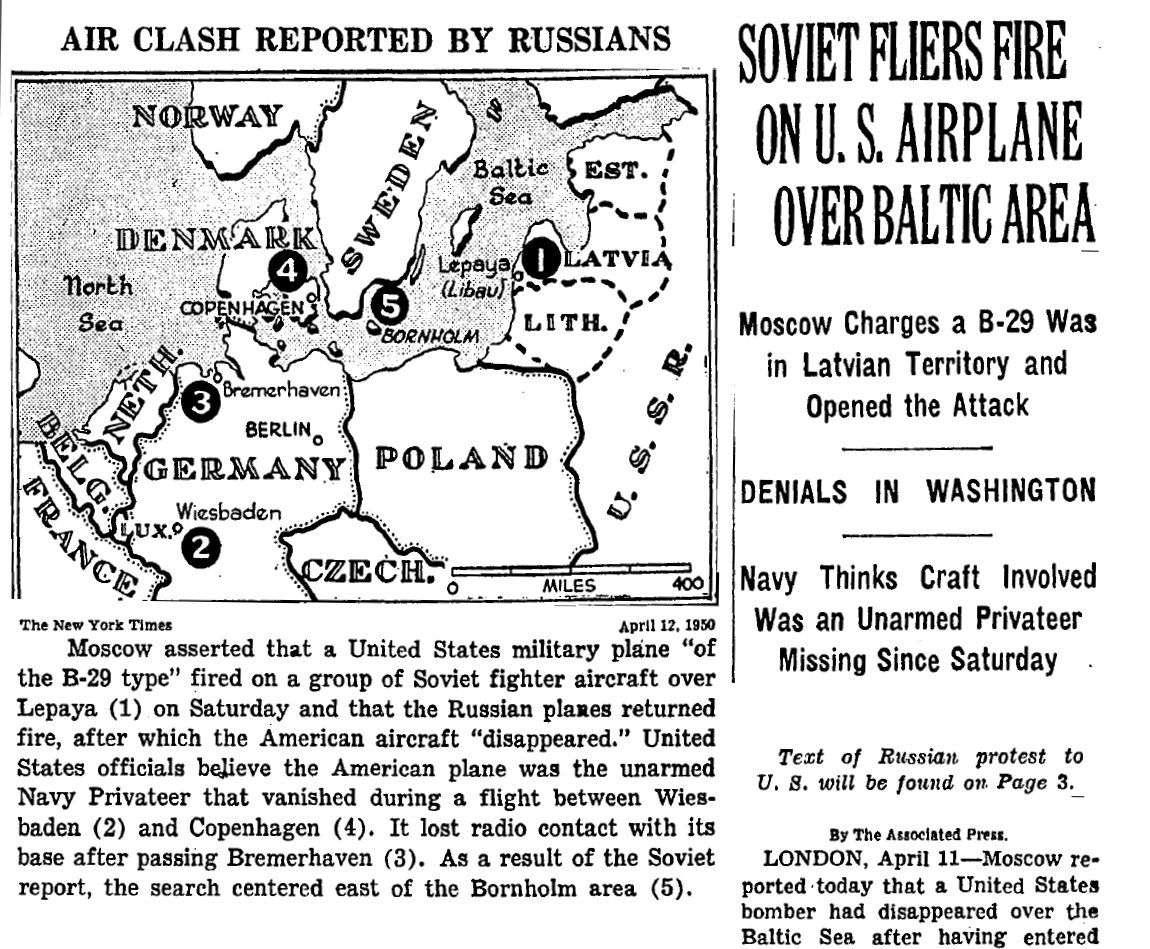