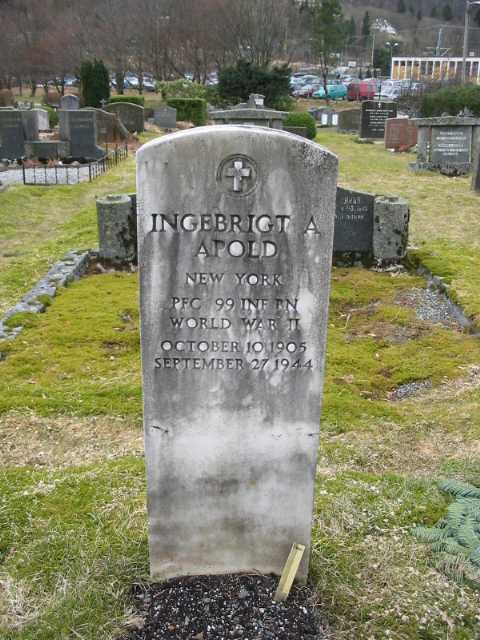 In the church graveyard.

A standard upright US Military gravestone.

Private First Class (PFC) Ingebrigt Arnold Apold served with the 99th Infantry Battalion (Sep) (Norwegian) in WW2.  He was KIA on September 27, 1944 in Belgium while the unit was attached to the 2nd Armored Division. 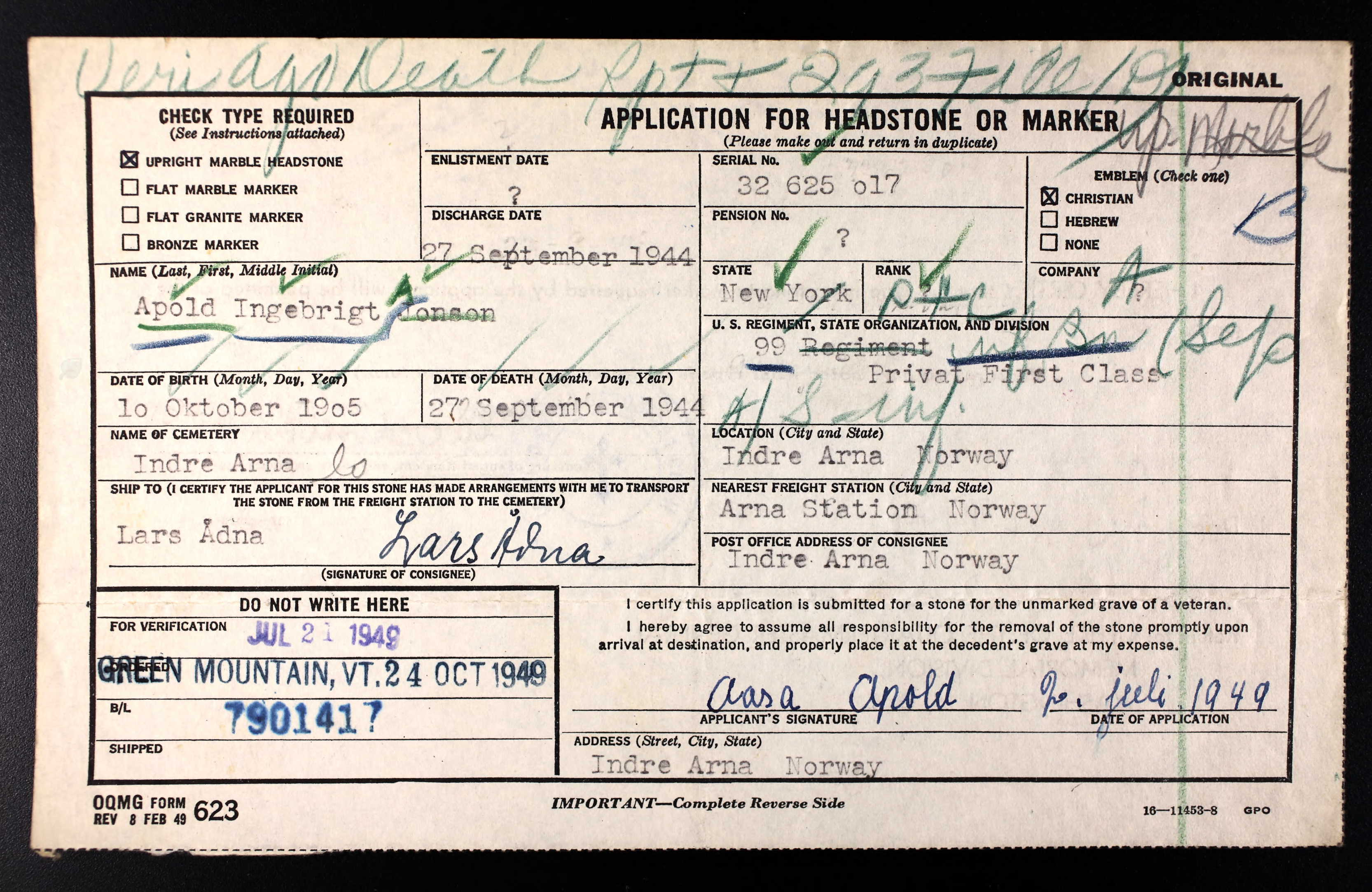