<< Back to Costessey Parish Cemetery 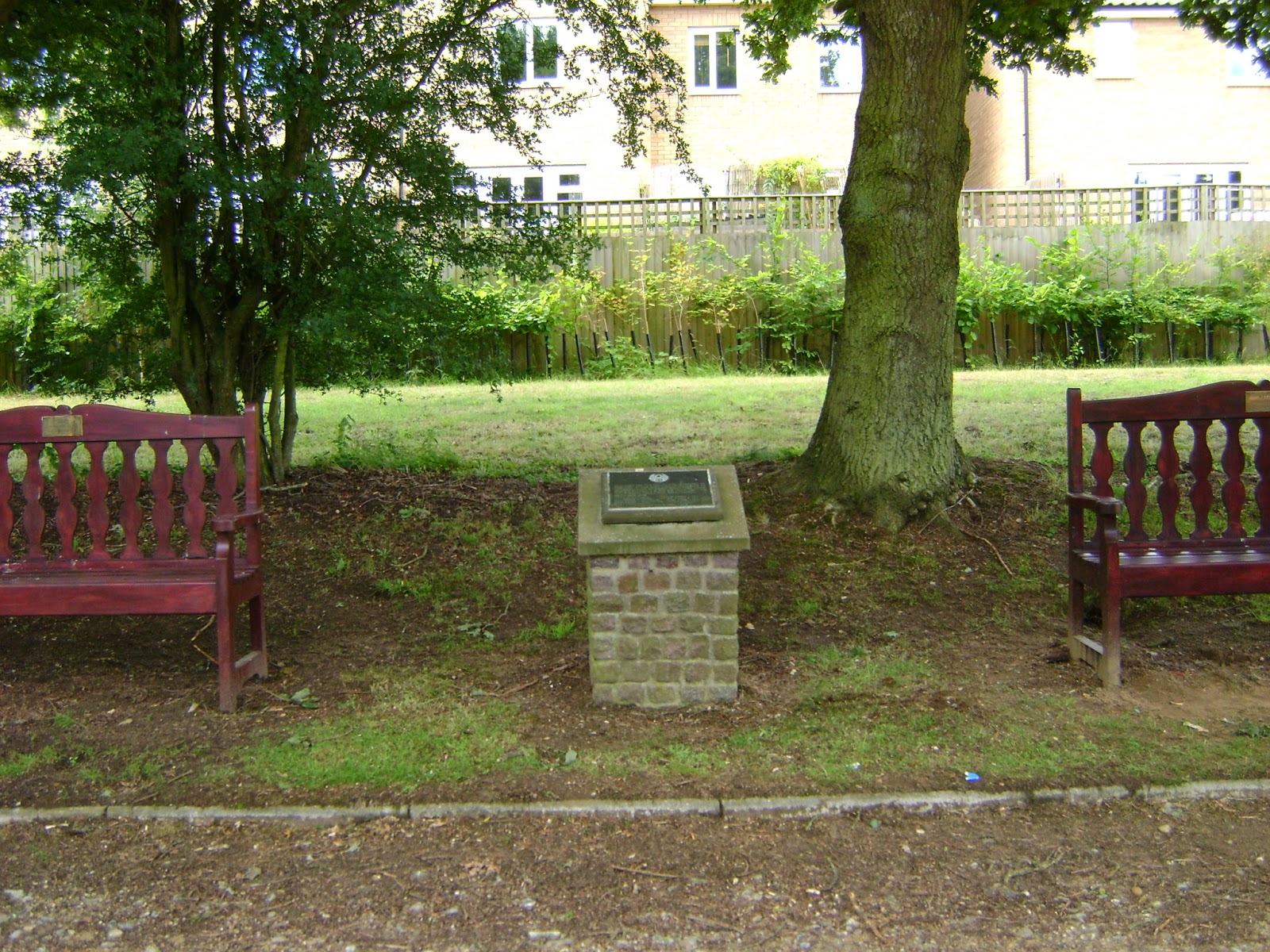 On the south side of the cemetery near the entrance gate. The memorial is placed in between two benches. Marker

A cast metal tablet on a brick plinth beneath a tree to which it refers. On the top is the emblem of the 8th United States Army Air Force followed by the commemoration message. The inscription is in English in raised lettering. The memorial commemorates the crew of the B-24J #42-51343 'Shazam' who died in the crash of their airplane in Carr's Hill Wood, Costessey, on March 7, 1945. There are 2 more memorials relating to the crew and the crash; one is outside the church and the other is just outside the south porch of the church.

The target for the day was the Soest Marshaling Yards. They crashed shortly after takeoff in cloudy weather with heavy icing. Because no one survived the crash and the weather clouded the crash from the view of other aircraft and civilians on the ground, the exact cause of the crash was never determined. Three witnesses on the ground saw the aircraft moments before it hit the ground. All said that the aircraft was on fire when it broke through the low clouds and that the plane appeared to level off before the right-wing broke off the aircraft and the fuselage crashed into the ground and exploded.

THIS TREE WAS PLANTED IN 1992 IN MEMORY OF

THE CREW OF THE B-24 LIBERATOR AIRCRAFT OF

IN A CRASH IN CARR'S HILL WOOD, COSTESSEY ON

WE WILL REMEMBER THEM 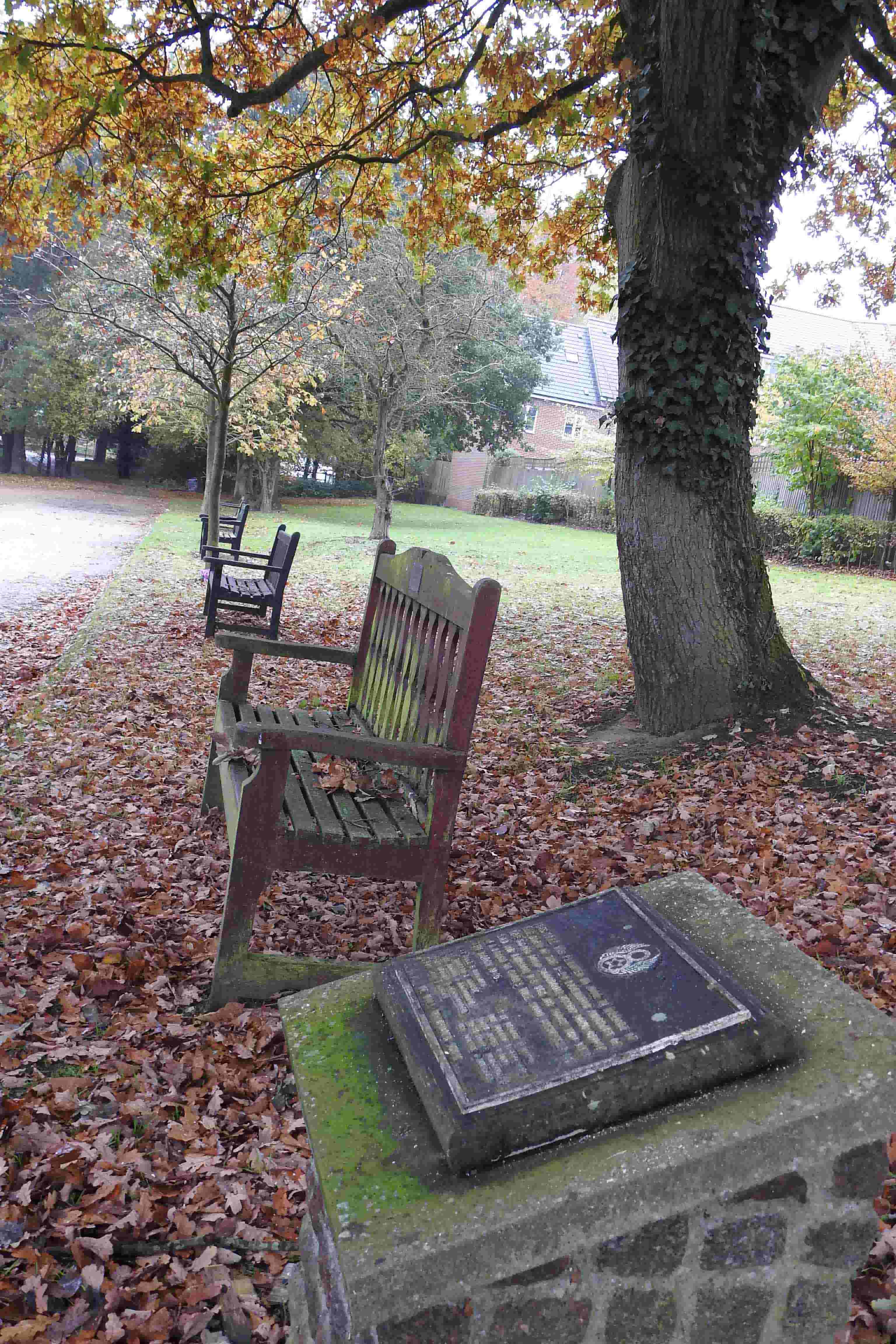 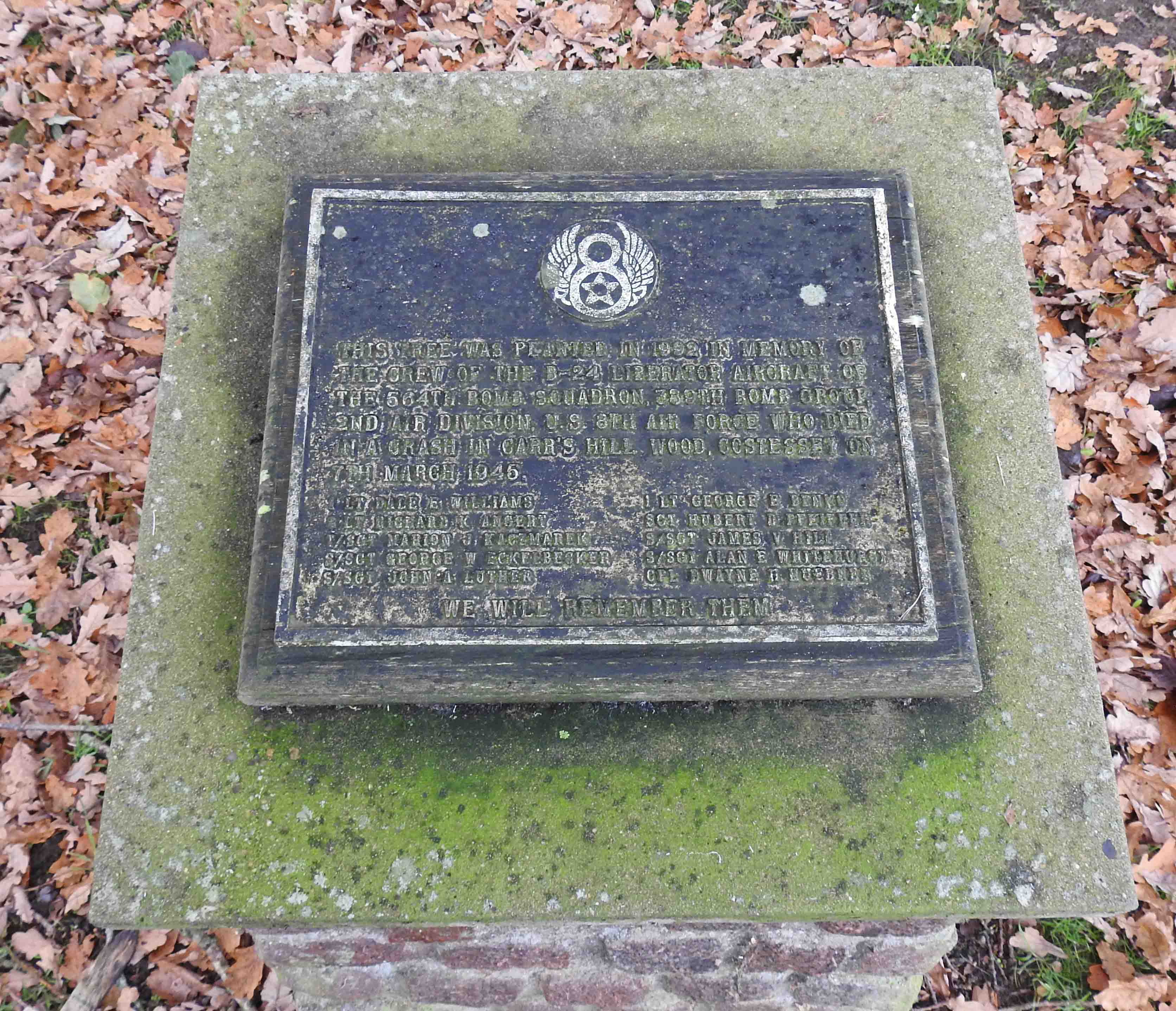 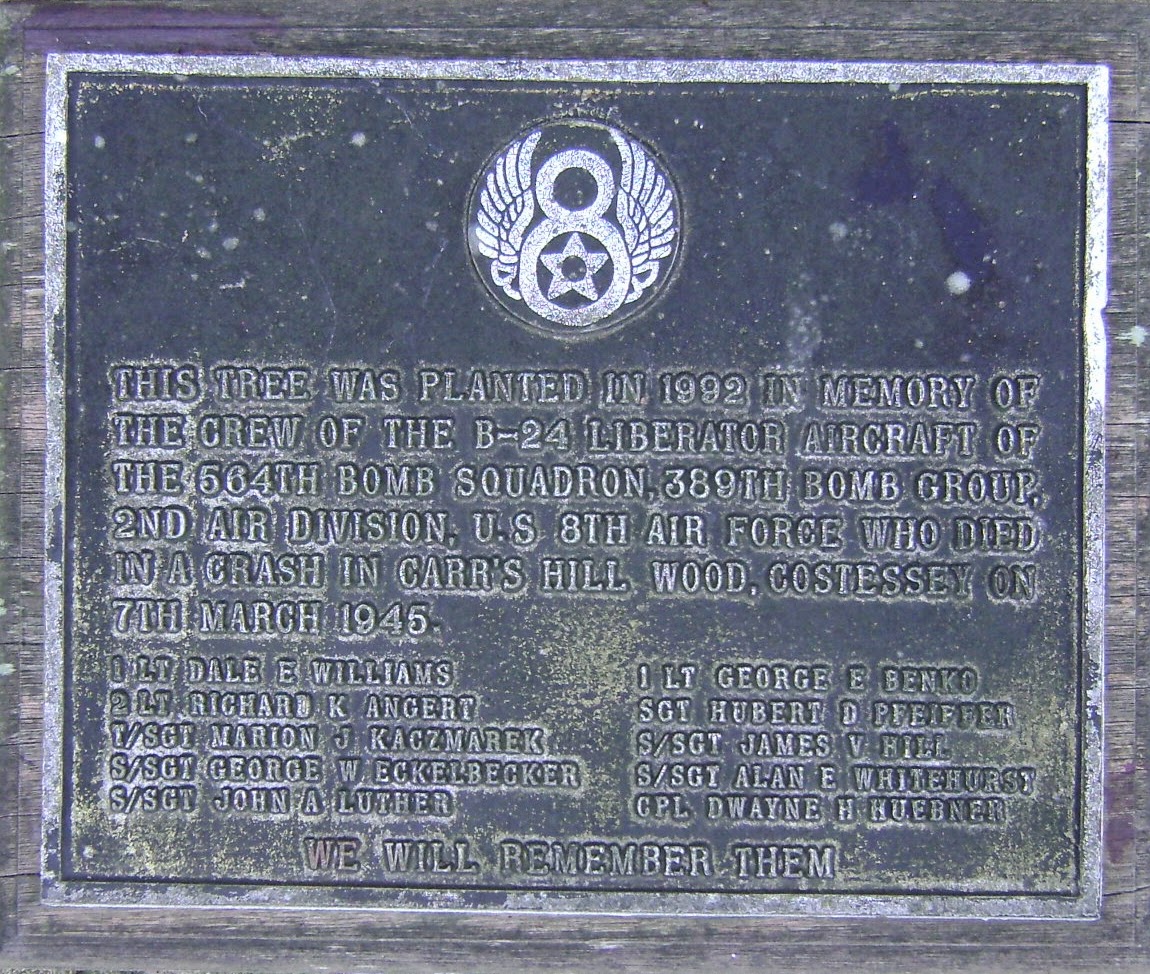