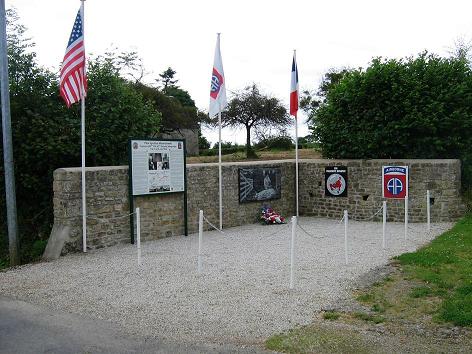 Just off the D15, entering Gueutteville in a small parking area between two homes.

The memorial includes an etched black polished marble depicting Father Maternowski tending a wounded soldier; an information board; and, the symbol of the 82nd Airborne Division.

In the early morning hours of D-Day, Fr. Ignatius parachuted with a large number of troops into occupied territory, the hamlet of Guetteville in the town of Picauville. An American glider had crashed nearby. There were many casualties. Immediately Fr. Ignatius began ministering to the wounded paratroopers and glider victims. Realizing that a suitable aid station would be needed, Fr. Ignatius calculated a risky strategy: attempting negotiations with his German counterpart, in the peaceful hope of combining their wounded together in one common hospital. Walking between enemy lines unarmed, with helmet hanging from his belt, and wearing his chaplain’s insignia and a Red Cross arm­band, he bravely went to meet with the head German medic. As he returned through the no-man zone to the American side, he was shot in the back by an enemy sniper – becoming the only US chaplain to be killed on D­Day. He was 32 years of age, in the 5th year of his priesthood.

His body lay visible on the road for three days. On the 9th of June, US soldiers from the 90th Infantry Division recovered it, and removed it for burial near Utah Beach.  In 1948, his remains were returned to Holyoke and interment in the Franciscan Friars’ plot at Mater Dolorosa Cemetery in South Hadley, MA.

A stained glass window remembers Father Maternowski at the Église (Church) Saint-Ferréol in nearby Cauquigny
Source of information: www.osvnews.com

The text on the information sign is in French and English. 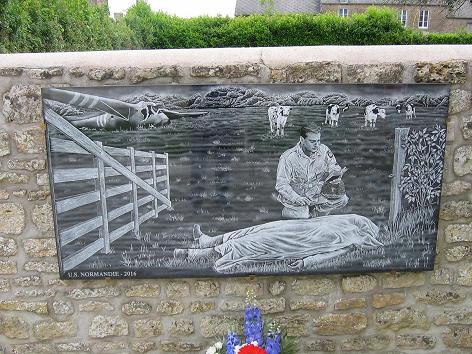 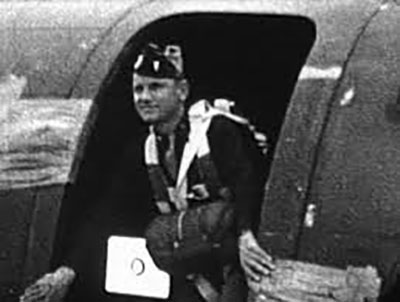