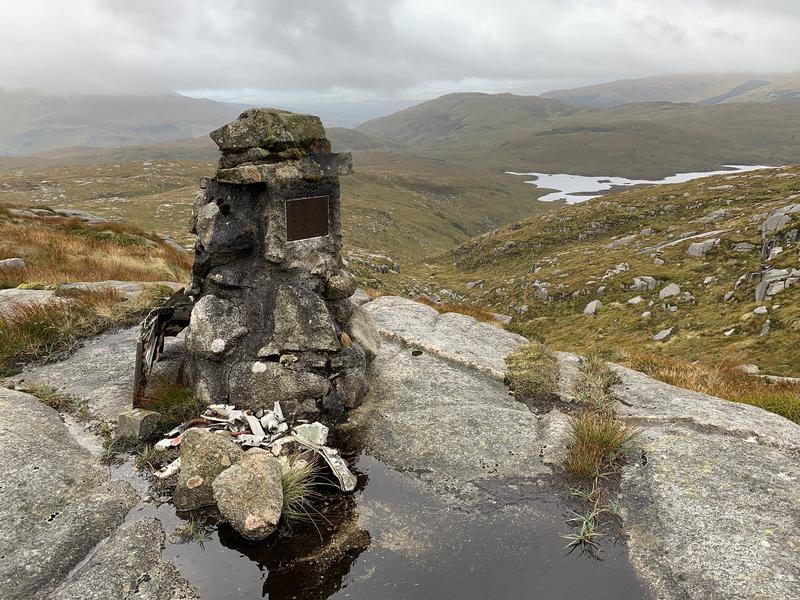 This sits immediately below the summit of Craignaw and overlooks Loch Neldricken.

A mortared stone cairn bearing a rectangular metal plaque inscribed in English in incised lettering. This memorial to two aircrew members, Richard Alfred Hetzner (Pilot) and Raymond Charles Spaulding (Weapons system operator and navigator) who lost their lives when their F-111E aircraft crashed here on 19 December 1979. The crew was on a training flight from Upper Heyford in Oxfordshire when the aircraft flew into a rocky outcrop on the southwestern side of Craignaw above Loch Neldricken in the Galloway hills at high speed and was completely destroyed. Although the crash happened on 19 December 1979 there are still small amounts of aircraft debris in the area. 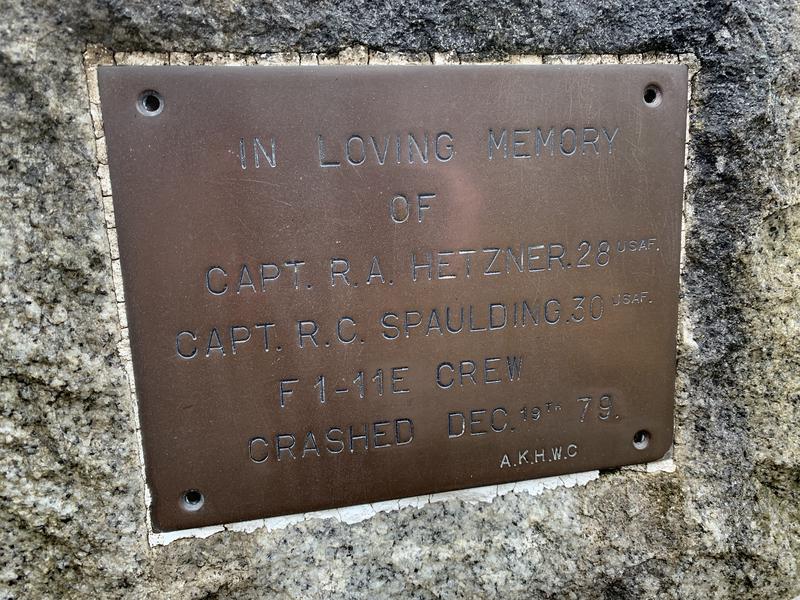 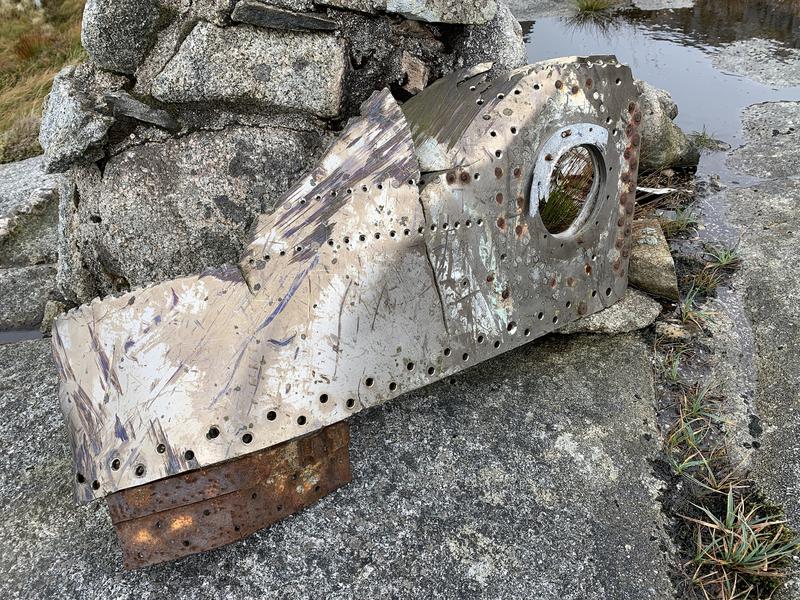