<< Back to Kilnaughton Military Cemetery

An upright white marble inscribed grave (not a US Military of CWGC Gravestone).

After the torpedo struck, Roy Muncaster, and his fellow "Forester", Sergeant Everett Harpham from Oregon, spent more than an hour assisting with the launching of lifeboat for other men. Eventually they slid down a rope into what they believed to be the last boat to leave the foundering liner. They pulled away as fast as they could for fear of being sucked under with the Tuscania.á

Harpham described the fight with the sea: ĹWe tried to row away, but we had drifted so near that the breakers were taking us in faster than we would row in the overcrowded boat. Muncaster was handling the oars when the boat struck the rocks and was very cool and courageous all through the terrible experience. Just before we struck,ááRoy slapped me on the back and said, ôCheer up Harp, we will get the Kaiser yet.ö That was the last I heard him say. Later that day, Muncaster was found dead.

Muncaster is the only American casualty from the Great War whose body remains on the Scottish island of Islay. He was born in Rico, Colorado and at the time of enlistment worked as a forest ranger in Seattle, Washington State.

Muncaster Mountain in Quinault, Washington is named in his memory.

The American Monument oráTuscania/Otranto Memorial is 5 kilometers to the southwest.ááSee this website site, Oa Clliffs, Islay for more on the Tuscania sinking.

Banner of the United States 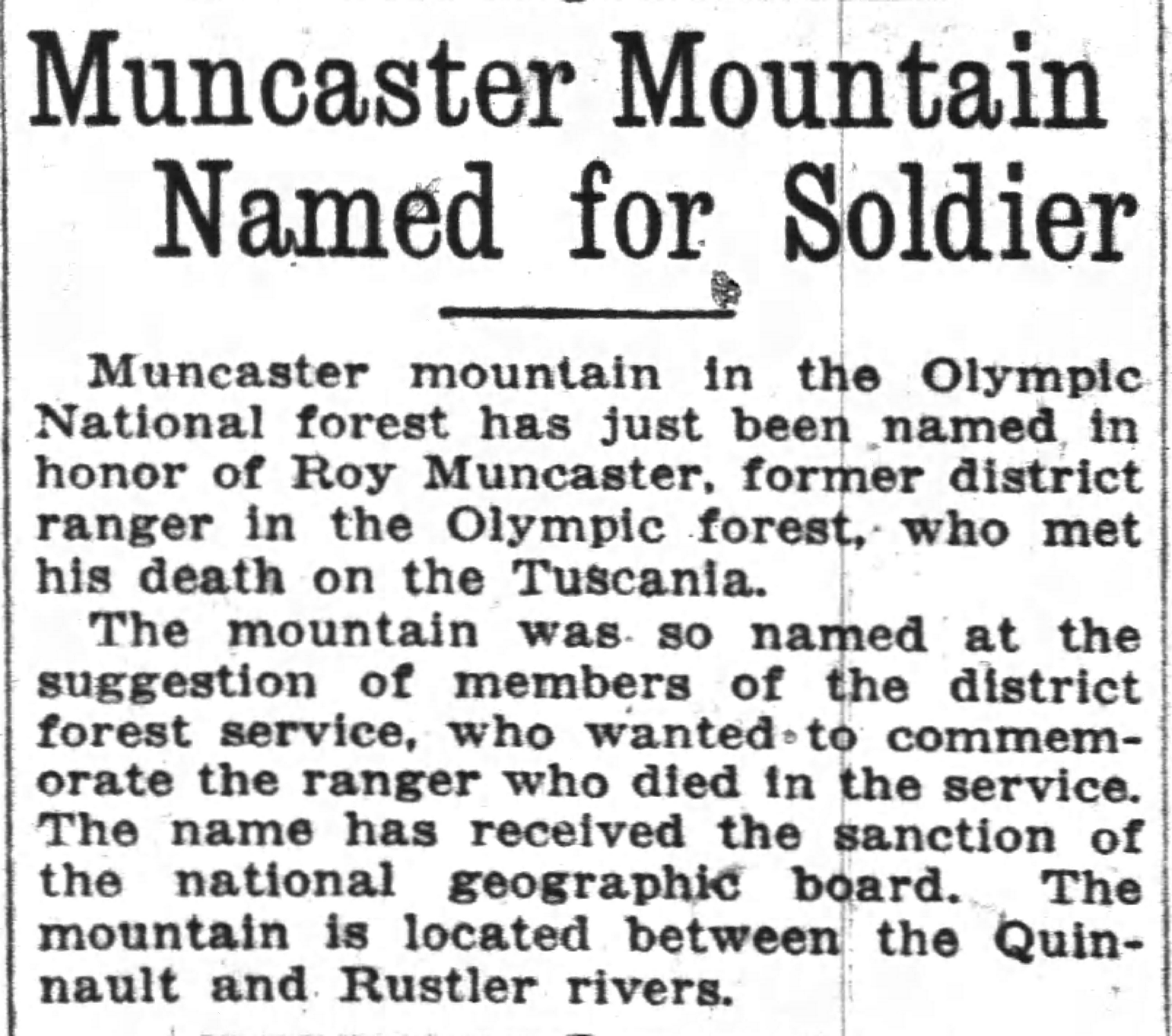