<< Back to Kergrist-Moelou Town Hall 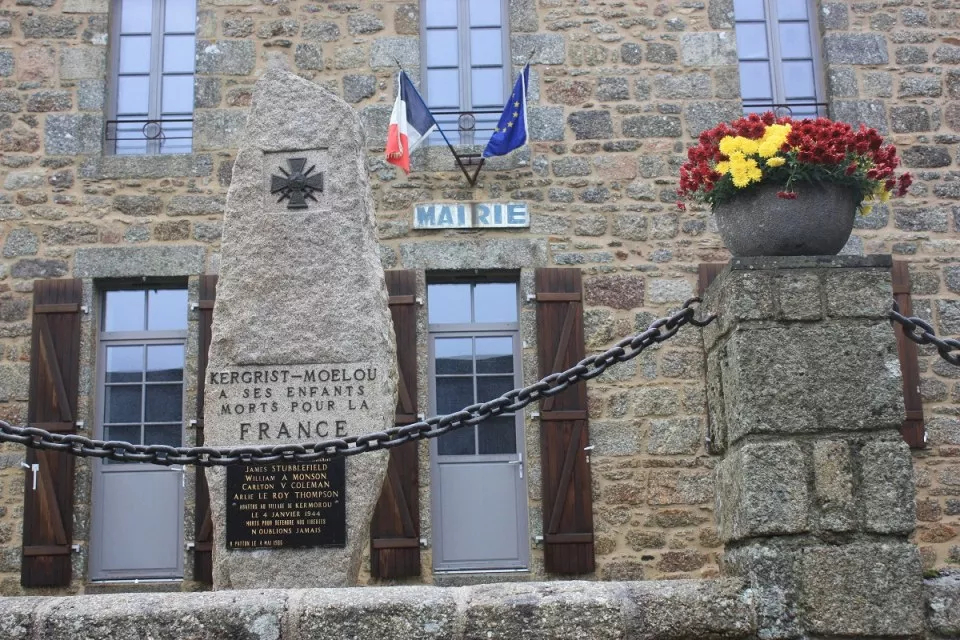 In front of the town hall.

A rough-hewn stone monument bearing a relief on the top followed by an engraved French inscription and then a black plaque on which the commemoration message for the four aviators of the 94th BG is inscribed. The plaque is also written in French, in incised and yellow lettering.

For Stubblefield, Monson, and Coleman:

On January 5, 1944, the crew was on a bombing mission with 112 other bombers to a German airfield at Merignac, France. After completing the mission, their aircraft was attacked by German Focke-Wulf 190s. This resulted in the deaths of three crew members. The others were able to bail out and survived.

Also commemorated on the plaque is Arlie Le Roy Thompson who was a crew member on the B-17 #42-30200 ‘Slo Time Sally,’ assigned to the 410th BS. His crew was also on the same mission as the above crew that day. Their plane was also shot down by enemy fighters but all of them were able to bail out. Sgt Thompson was seriously injured in the abdomen during the attack, was helped to jump from the plane, but was dead on arrival on the ground (possibly parachute not opened). All the remaining members survived, but two of them were taken as prisoners.

Engraved on the monument:

IN MEMORY OF AMERICAN AIRMEN

SHOT DOWN IN THE VILLAGE OF KERMOROU

DIED TO DEFEND OUR FREEDOM 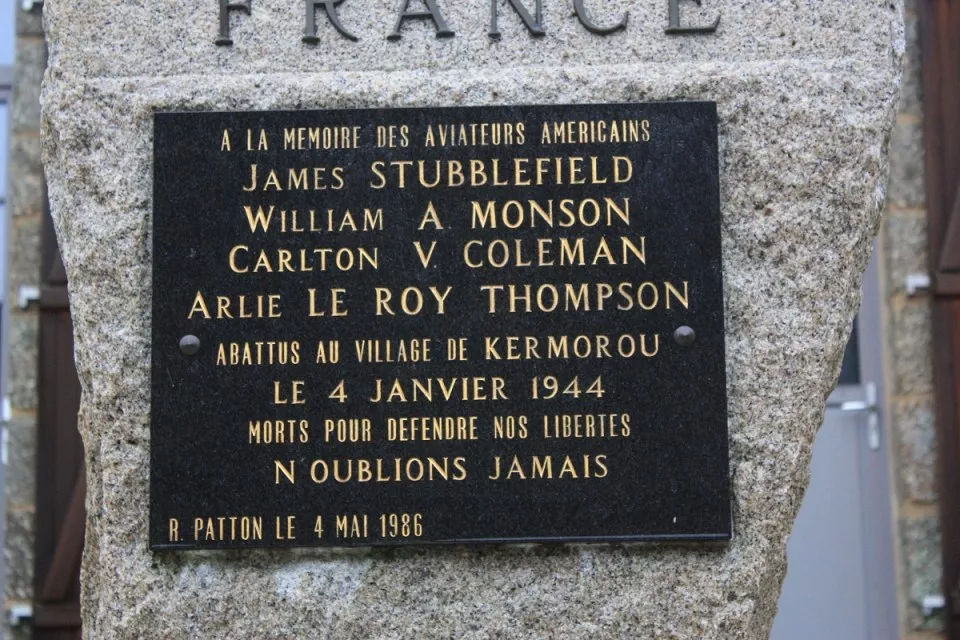