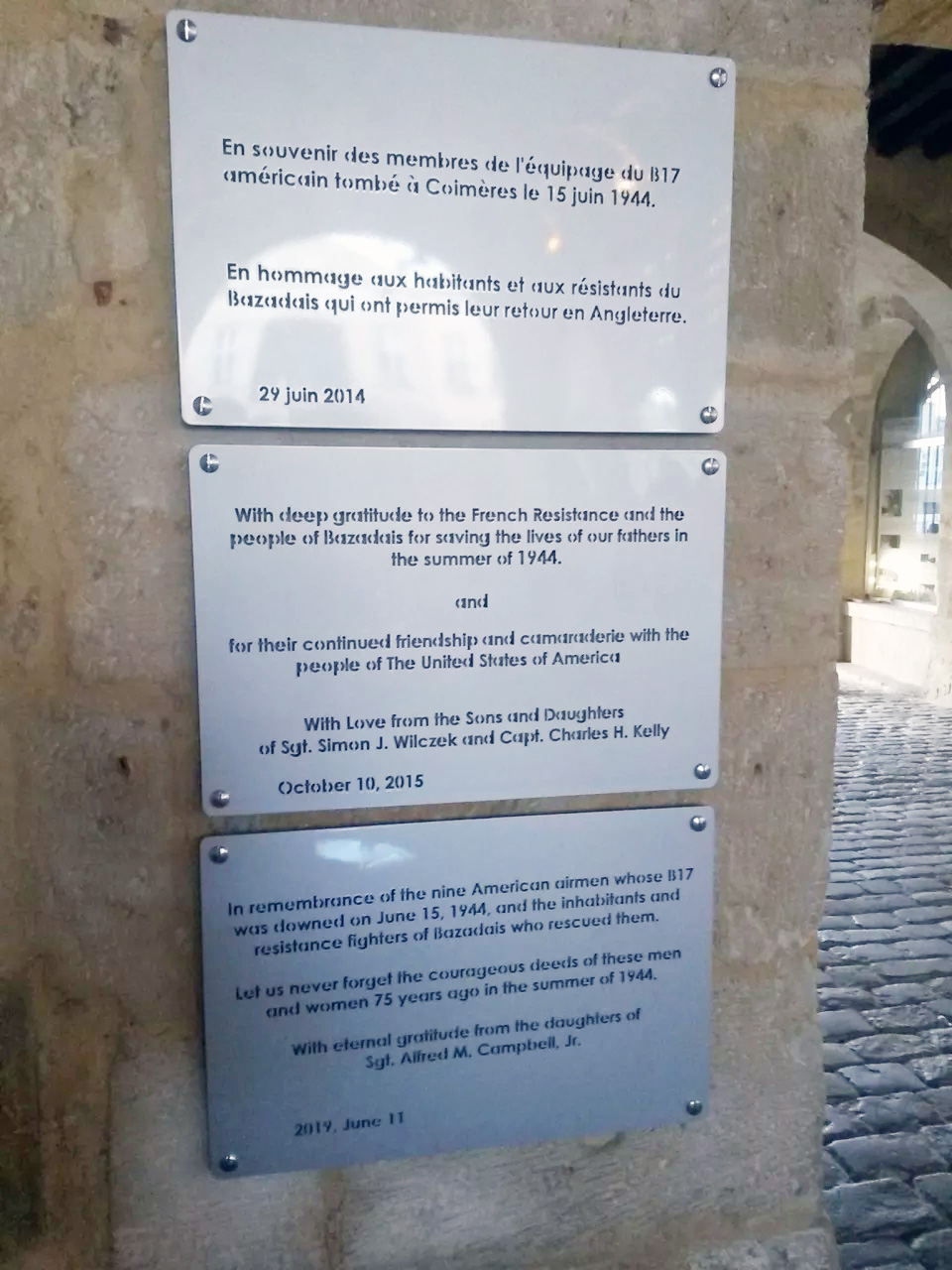 On the wall of the hall beside the tourism office.

Three rounded-rectangular metal plaques engraved with commemoration messages written in French and English. Originally, there is only one plaque. The second plaque was added by the children of Sgt Wilczek and Cpt Kelly on October 10, 2015. The third was on June 11, 2019, by the daughters of Sgt Campbell. These plaques remember the crew of the B-17 #42-38009 that crashed near the commune as well as their rescuers.

On June 15, 1944, during a bombing mission, #42-38009 was hit by heavy flak setting fire to one engine. All crew members bail out before the B-17 crashes near Bazas. Through the help of local citizens and maquis, they were able to escape and evade German capture.

The crew that day:

(From the top plaque to the bottom)

In homage to the inhabitants and the resistance fighters of

Bazadais who allowed their return to England.

With deep gratitude to the French Resistance and the

people of Bazadais for saving the lives of our fathers in

for their continued friendship and camaraderie with the

people of The United States of America

With Love from the Sons and Daughters

In remembrance of the nine American airmen whose B17

resistance fighters of Bazadais who rescued them.

Let us never forget the courageous deeds of these men

With eternal gratitude from the daughters of 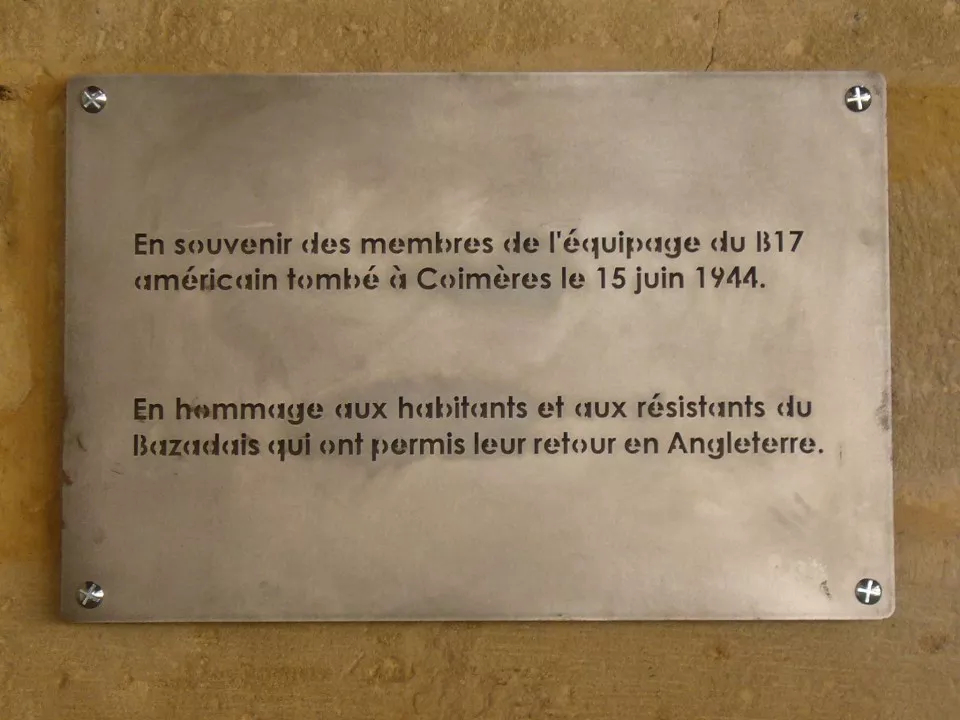 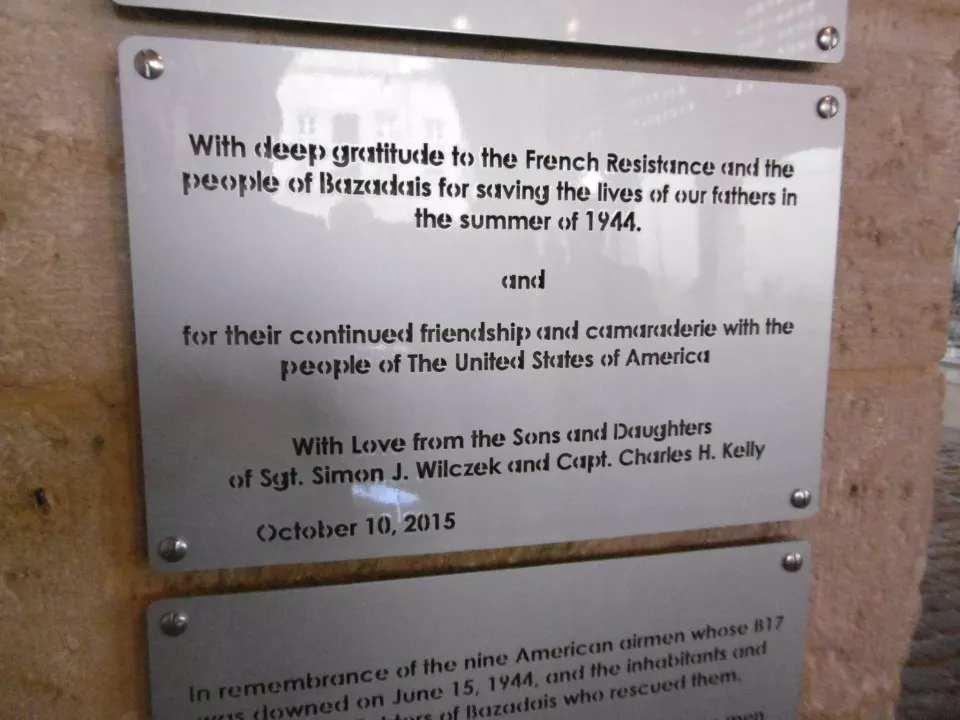 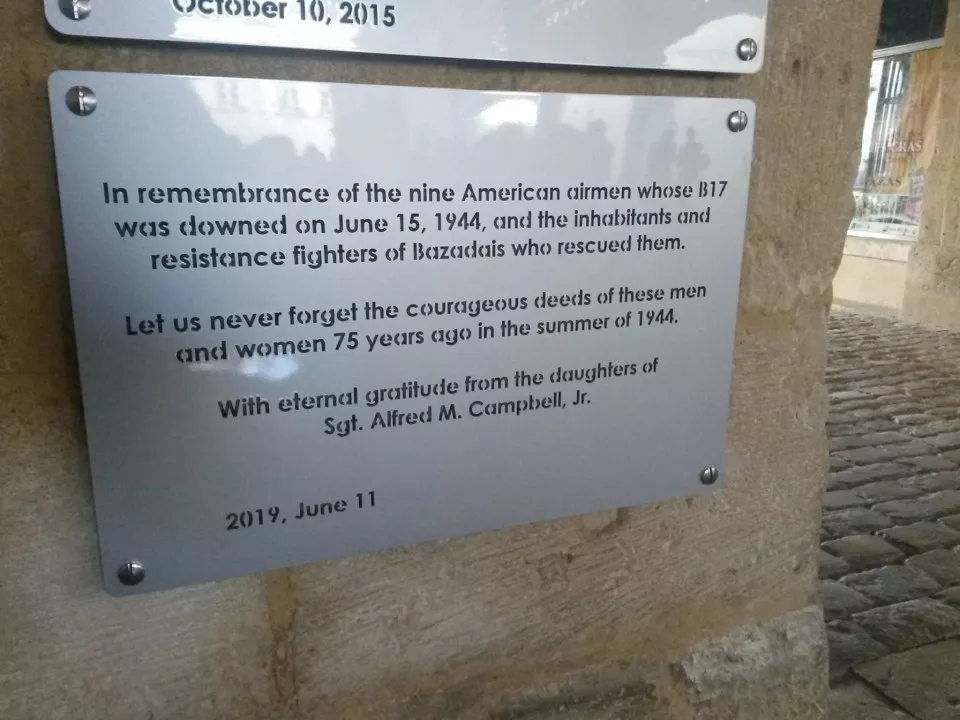