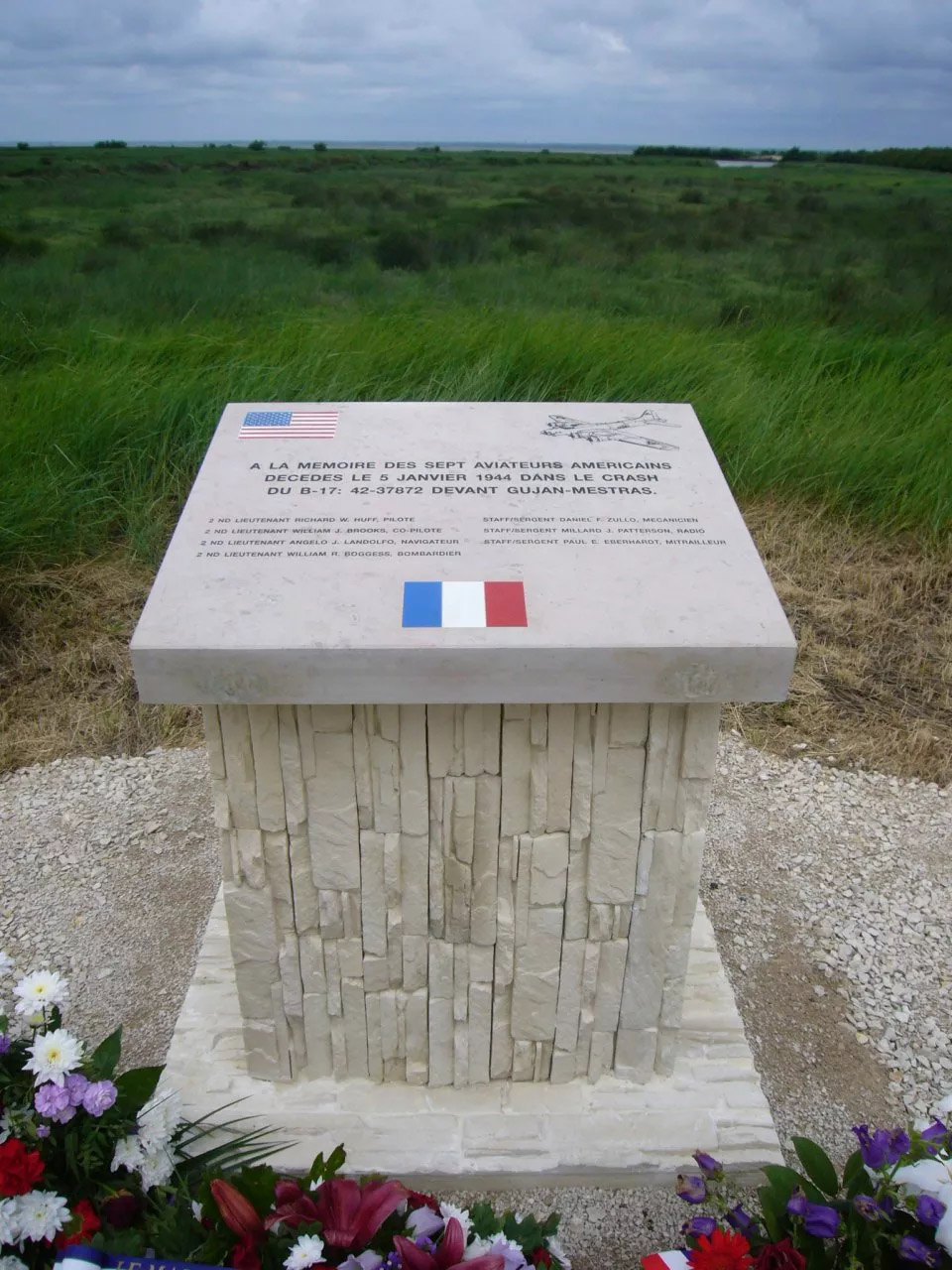 The stele is at the end of the path after the cabins.

A thick rectangular tablet on top of a plinth. The tablet is inscribed with a commemoration message and the crew members of the plane and their roles that are written in French. Depicted images are the US flag, a B-17, and the flag of France. The memorial was erected in 2016 in memory of the seven members of the crew who died in an incident on January 5, 1944.

Hit by flak over Mérignac or by a German fighter, the B-17 n° 42-37872 tried to return to the coast; some of the crew had time to parachute before the plane crashed and caught fire. The unfortunate airmen who could not (or would not) leave the bomber perished in the fire or in the crash. Witnessing the tragedy, oyster farmers and sailors from Gujan came to the rescue of the airmen who had fallen into the water and were tangled up in their parachutes; they were only able to hand them over to the occupying troops stationed nearby who rushed to the scene without a fight. This is how the German soldiers took three prisoners without having to fire a single shot, and the American military authorities were informed of this no later than January 11, 1944.  These were three of the machine gunners: Sergeants Shockley, Luxenberger, and Thorgren, who were to return to service after their release.

IN MEMORY OF THE SEVEN AMERICAN AIRMEN 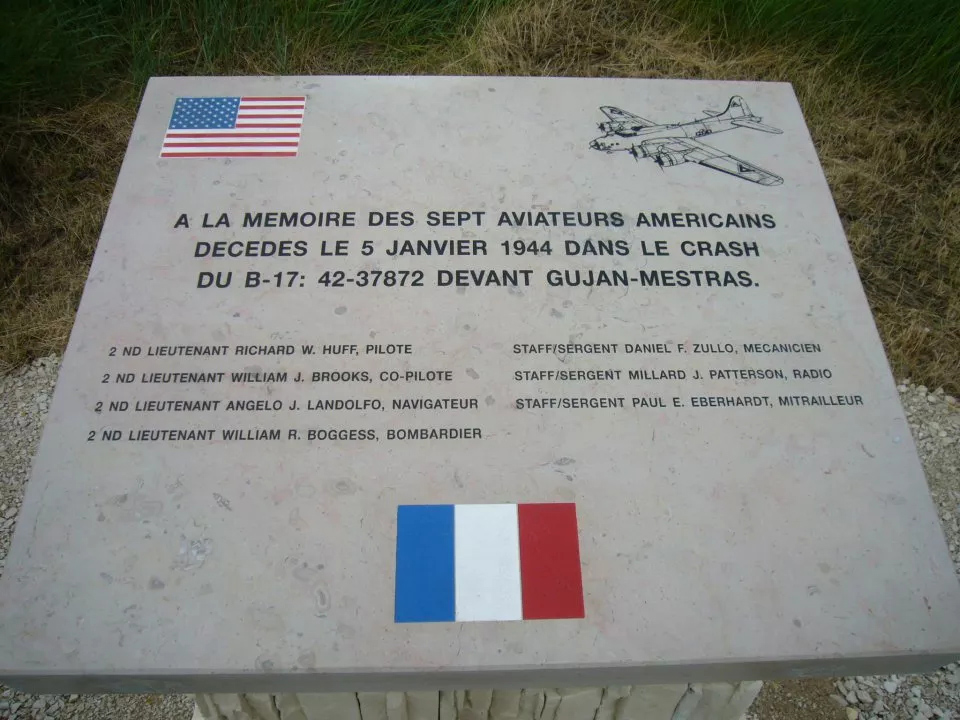