On the second step of the base of the monument.

A rectangular black plaque inscribed with a commemoration message that is written in French in white and incised lettering. On July 27, 1944, 1Lt Fazekas took off from England for an armed reconnaissance mission. Possibly shot down, his airplane crashed near Buysscheure and exploded. 1Lt Frazekas was killed in this incident and listed as MIA.

The Defense POW / MIA Accounting Agency (DPAA) announced that the remains of Army Air Forces 1st Lt. Frank Fazekas, 22, of Trenton, New Jersey, accounted for on Aug. 7, 2017, from World War II, are being returned to his family for burial with full military honors on March 28th, Arlington National Cemetery, near Washington, D.C.

On May 27, 1944, Fazekas was a member of the 22nd Fighter Squadron, 36th Fighter Group, when he was returning from a mission over northern France and his P-47 Thunderbolt aircraft came under enemy fire. His aircraft crashed in a field north of the French village of Buysscheure. His remains were not recovered and the U.S. Army reported him deceased on May 27, 1944. His name remains permanently inscribed on the Tablets of the Missing at Ardennes American Cemetery marked with a rosette.

Shot down by the German Army 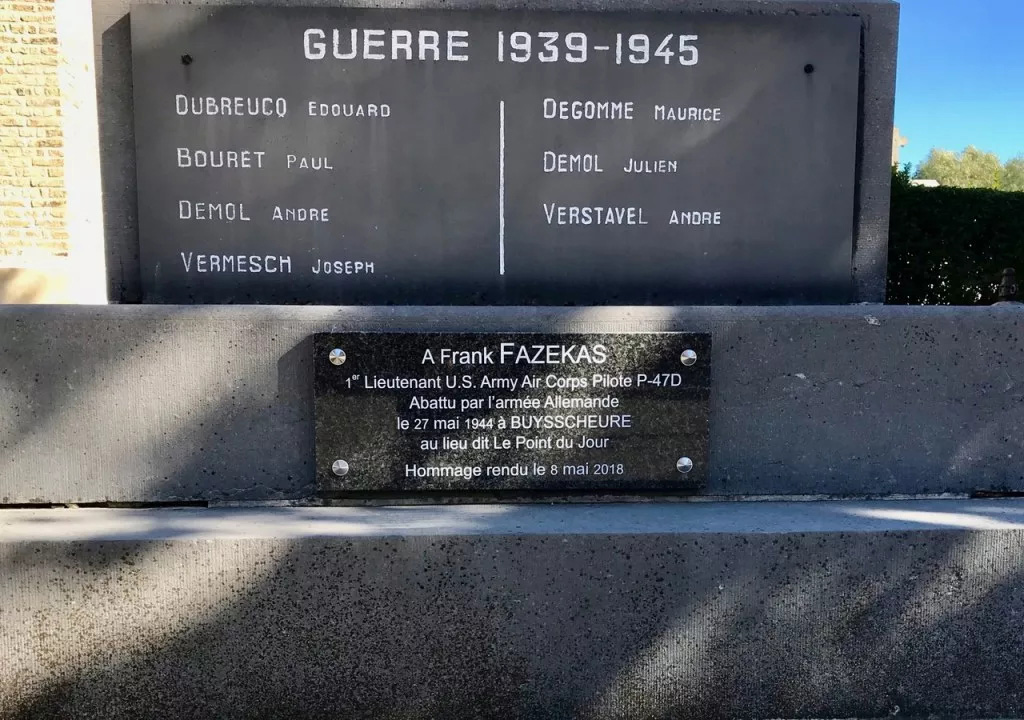