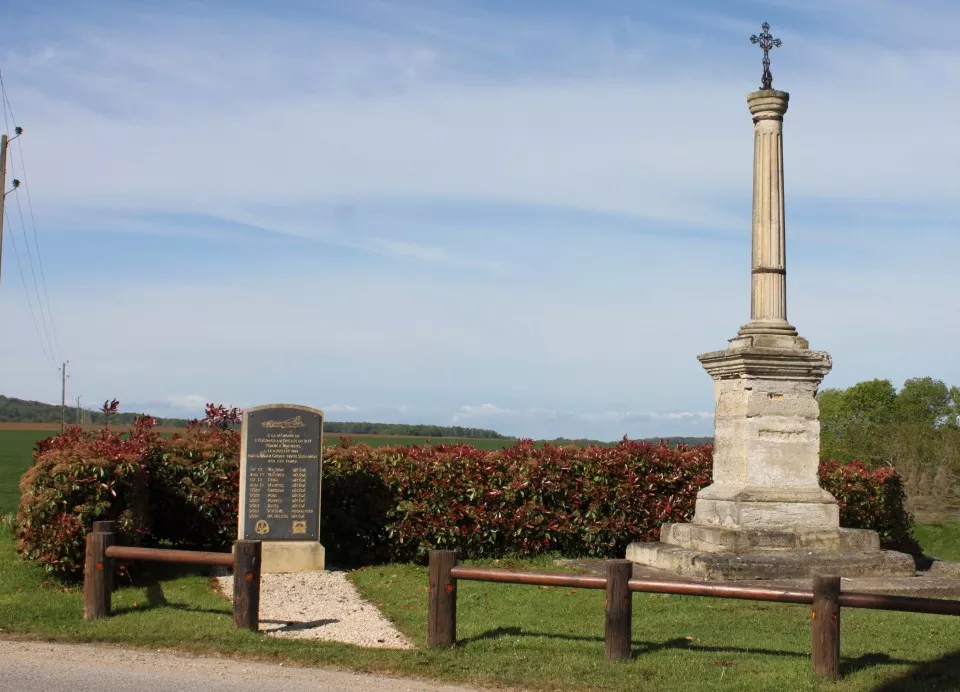 On the left beside the memorial cross monument.

A concrete slab bearing a black plaque inscribed in French commemorating the crew members of the B-17 #43-37747. On the plaque is an etching of a B-17 followed by a commemoration message, then the names of the crew in three columns with their rank, surname, and status. On the bottom are logos of the Association des Sauveteurs d'Aviateurs AlliÈs (ASAA) and the Office National des Anciens Combattants (ONAC).

On July 8, 1944, the B-17, on a bombing mission in Rouen, France, was shot down by flak and crashed near Boubiers. The incident resulted in the deaths of all crew members, except for SSgt Schulze, who was taken as a prisoner.

THE AMERICAN CREW OF THE B-17 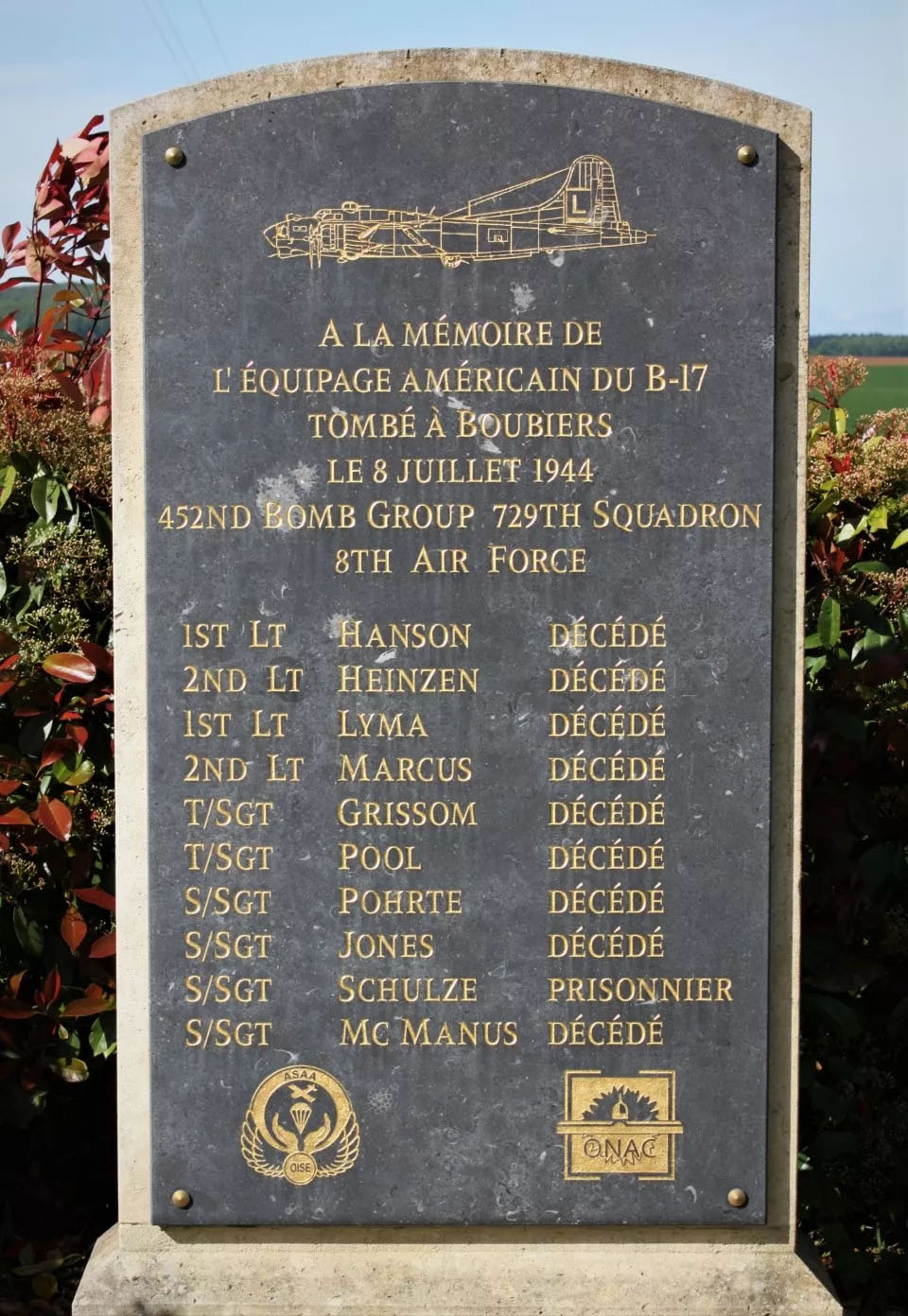