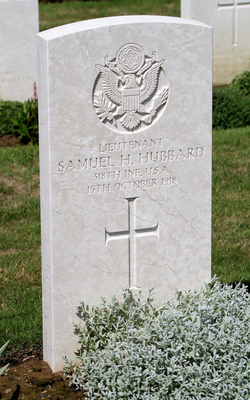 Lieutenant Samuel Hubbard served with the 318thÝInfantry Regiment of the 80thÝInfantry Division during World War 1.ÝÝLT Hubbard was wounded on August 9, 1918 while his regiment was serving with the British Army on the front in Northern France ñ in forward zone of Rubempre.ÝÝPrior to the war, LT Hubbard was the coach of the College of William and Mary football and basketball teams.ÝÝLT Hubbard died on October 15, 1918 and is still buried where is was laid in 1918. His brother, First Lieutenant Clifford Hubbard also served in the US Army during the war with the 355thÝInfantry Regiment, 89thÝInfantry Division and was wounded during the Battle of St. Mihiel in September 1918.

Symbol of the US Army 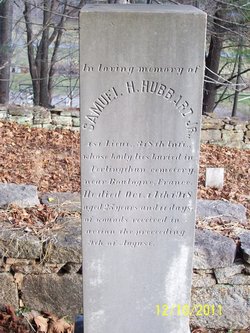