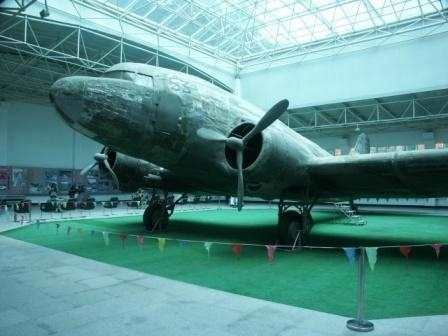 Inside the Nujiang Tuofeng Aerial Line Memorial Hall. It is the main focus of the museum and is located under a large glass roof. Combat Vehicle The memorial is a restored Douglas C53 Skytrooper, which belongs to the Chinese National Aviation Corporation. It is missing its right wing due to its crash. The wing is reportedly located in Kunming.

CNAC 53, piloted by American flight captain James Fox, crashed into the Himalayan Mountains due to inclement weather on its return trip from a mission in Kunming China.  James Fox was one of the famous Hump pilots who helped the Chinese in their struggle against Japan before World War II.
CNAC 53 is the most intact piece of wreckage from the Hump flights in China. 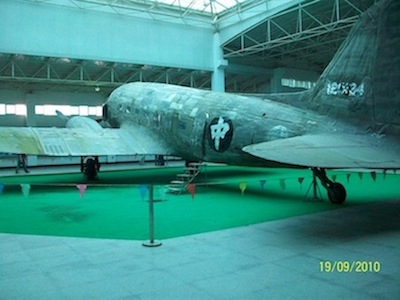 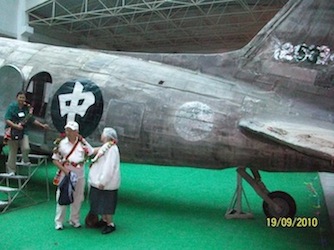