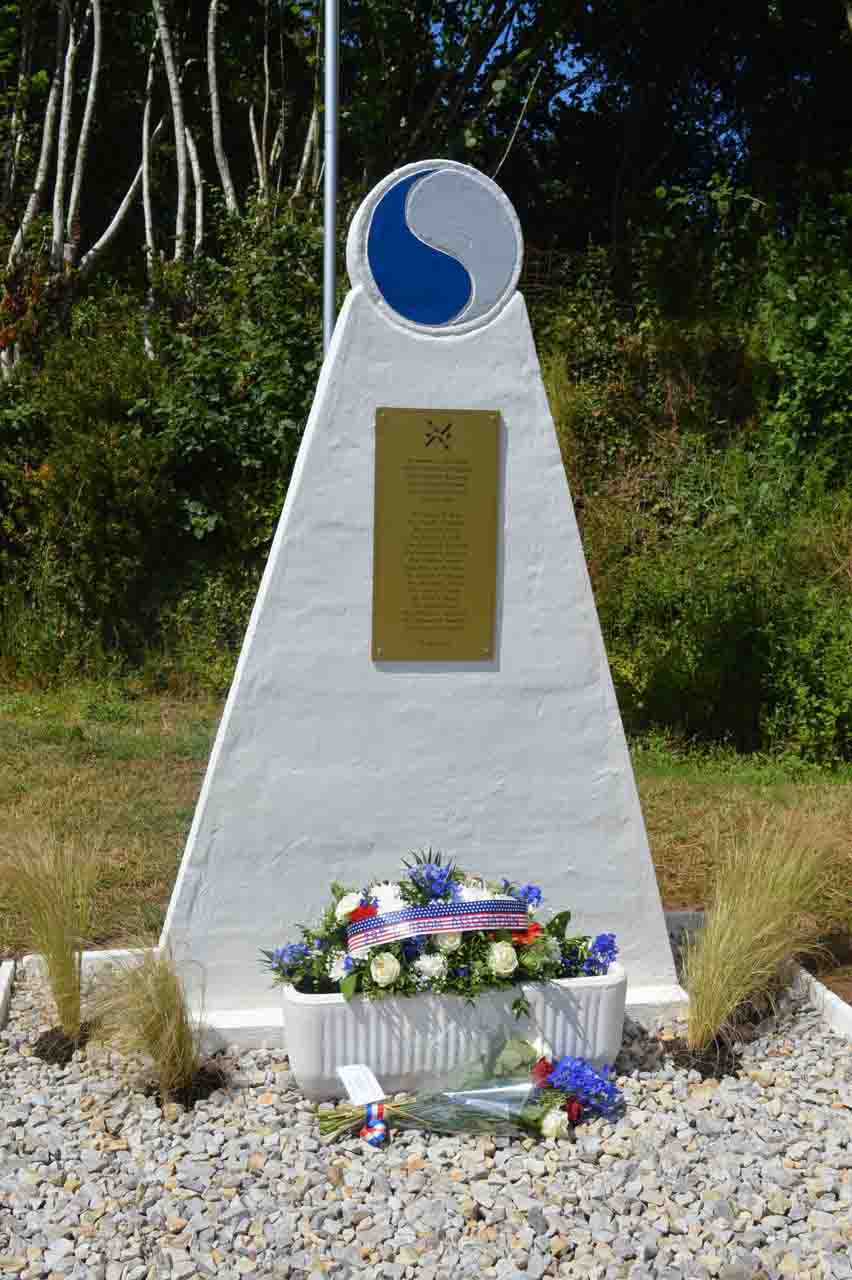 On the west side of the road, next to the river bridge. The monument is located on the small lot on the embankment above the river.

The memorial is officially unveiled on June 12, 2020 by the mayors of Moon-sur-Elle and St.Jean-de-Savigny.

A white triangular stele with a bronze plaque attached at the center and the 29th Division’s insignia sits on the top of the monument.

The monument and memorial garden is dedicated to the 16 men of the 1st Battalion, 115th Infantry Regiment, 29th Division, who lost their lives at Le Pont de la Pierre, Moon-sur-Elle / St.Clair-sur-l’Elle, on 12 June 1944. Within just a week of their successful but costly landing on Omaha beach on D-Day, the American 29th Infantry Division were engaged against the same German unit - the 352nd Infantry Division near Sainte-Marguerite-d'Elle on the drive for Saint-Lô. A plan to seize and cross two seemingly insignificant bridges across the tiny river Elle lead to a day of fierce combat and some of their worst losses on a single day in Normandy.

In memory of the fallen

soldiers of the 1st Battalion 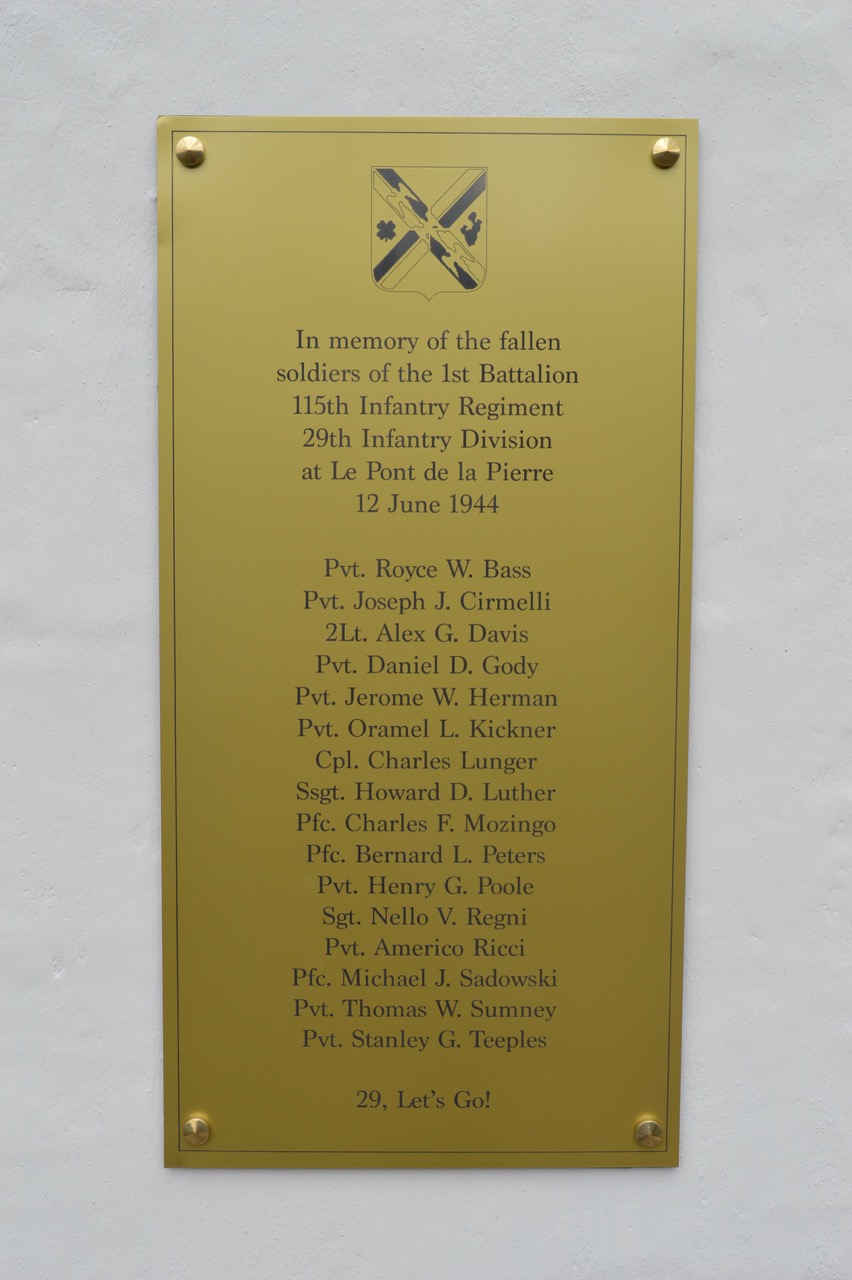 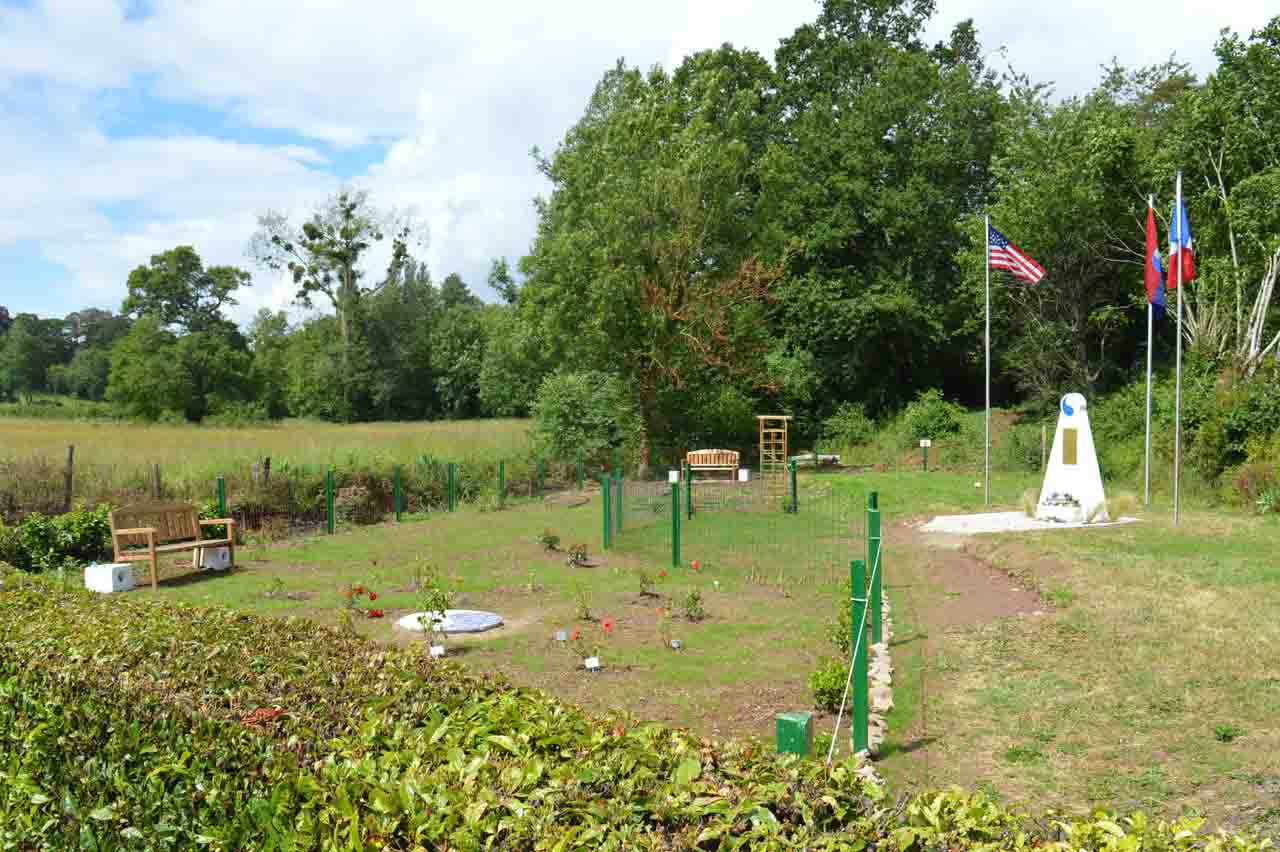 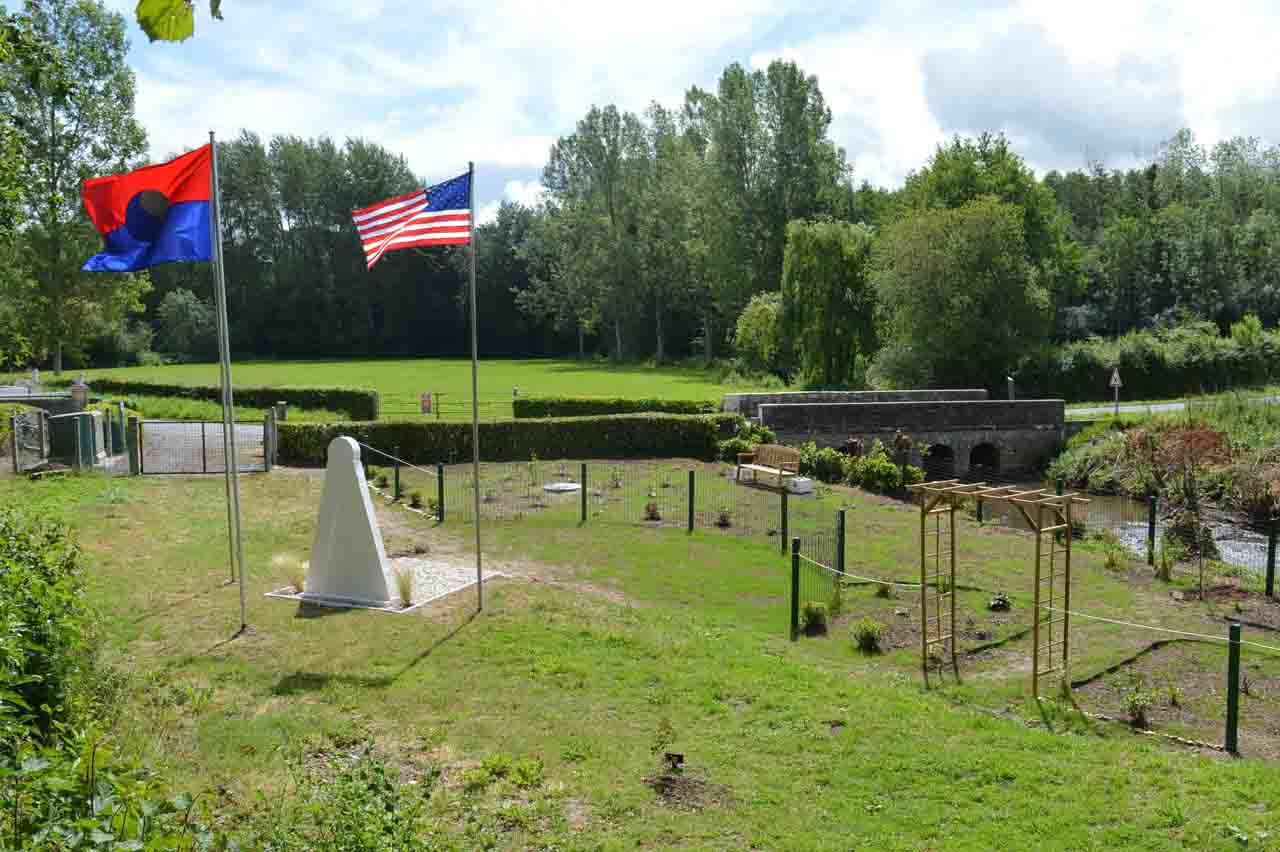 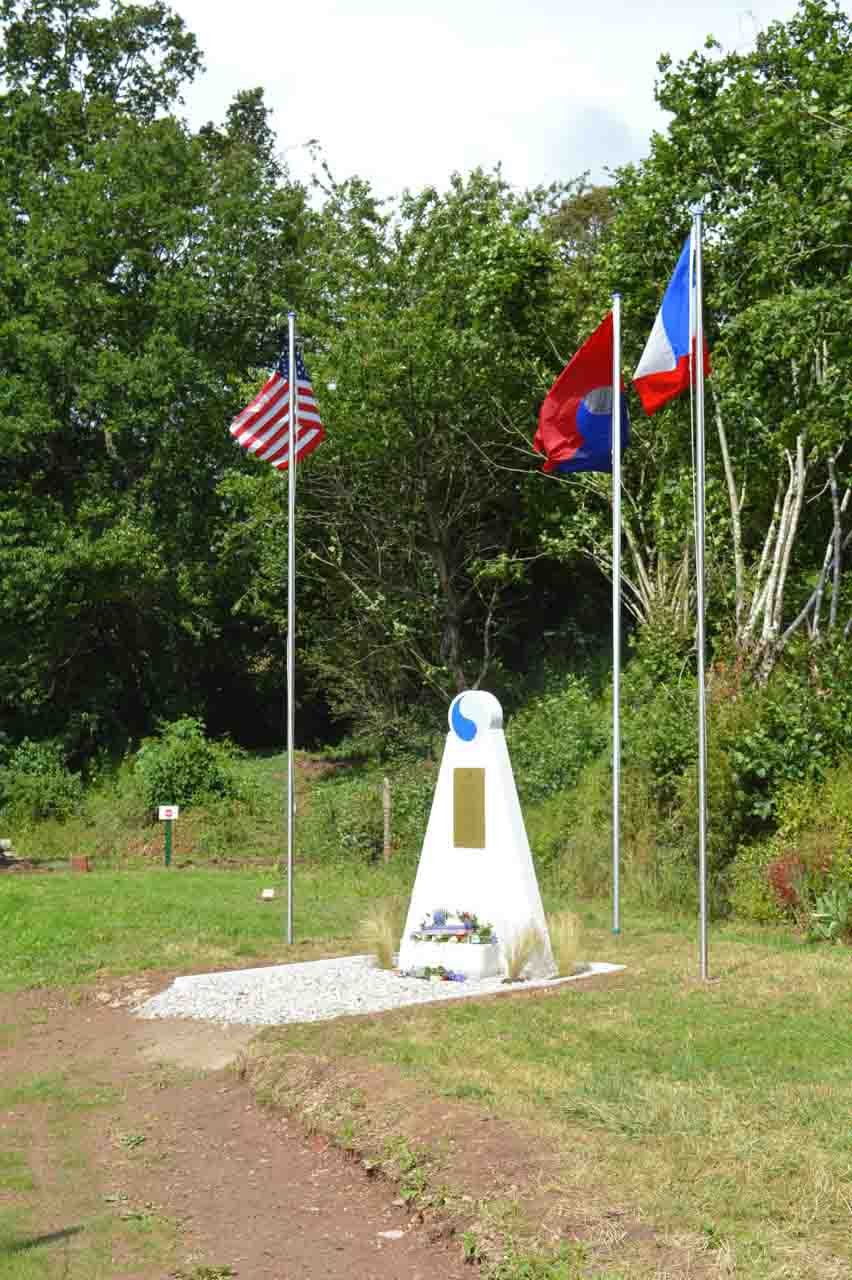