The site includes one city park remembering a US hero who fell while liberating the city in World War 2.

The site is located in the city of Davao in the island of Mindanao (also commonly known as Southern Philippines) and is the second-largest island in the Philippines. Davao City, officially the City of Davao (Cebuano: Dakbayan sa Dabaw), is a 1st class highly urbanized city in the island of Mindanao, Philippines. It is the third-most populous city in the Philippines after Quezon City and Manila. A Freedom Park in the Philippines is where people can exercise their freedom of speech and expression in a peaceful gathering, rallies or protests; a venue where they can ventilate and be heard of the various issues and concerns of the city that confront them The site is specifically located at the wide and spacious corner of Claro M. Recto Street (old Claveria Street) and Roxas Avenue, Ateneo de Davao, and Marco Polo Hotel, is called Clifford Park or Square. It was named in honor of a United States Army commander who was killed in action during the liberation of Davao in World War II. 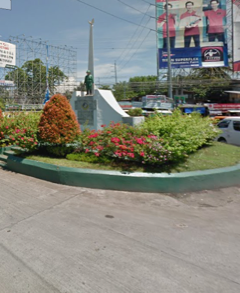