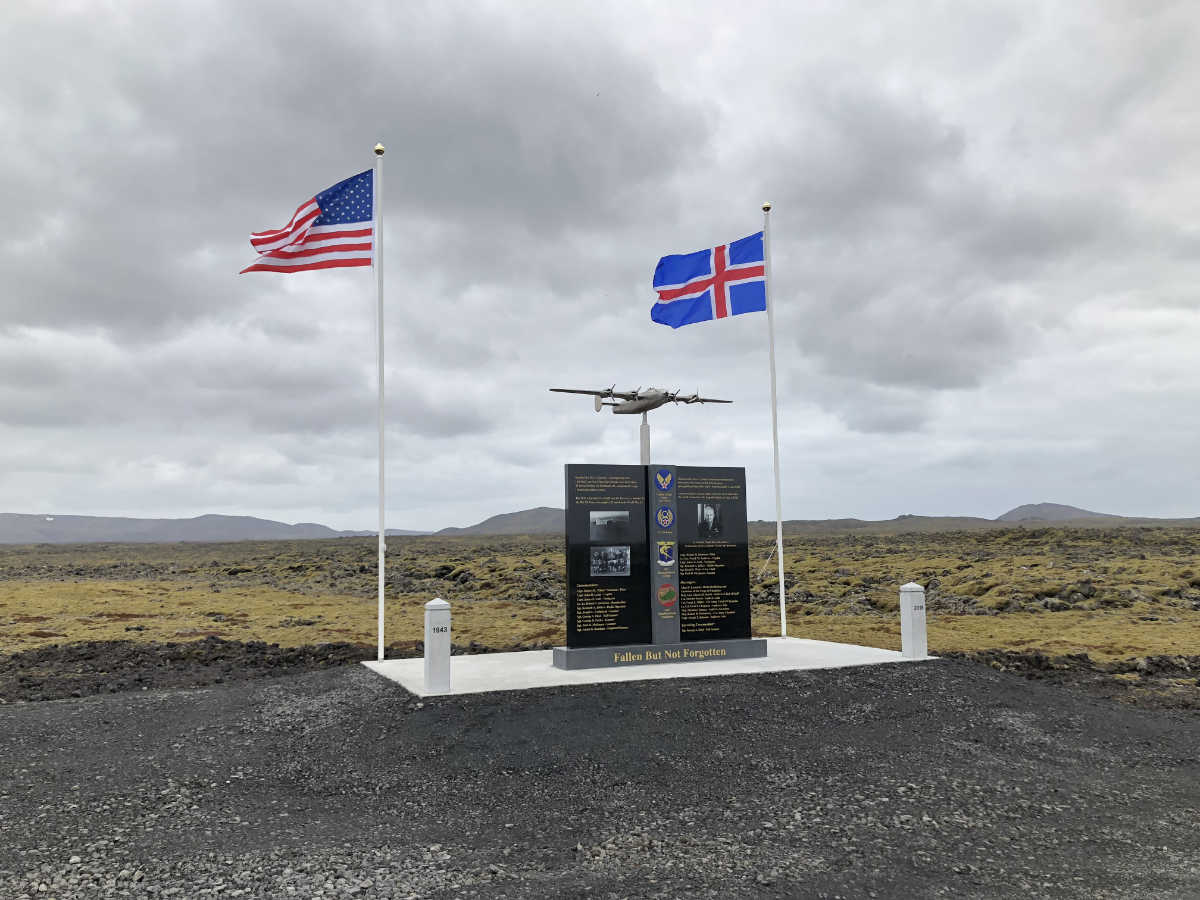 The site includes one memorial remembering the WW2 B-24 Aircraft and crew which first reached 25 bombing missions in the 8th Air Force; the crew and passengers killed in the crash of that plane; and, a great American killed in the crash, Lieutenant General Frank Andrews, the then commander of all US Forces in Europe.

The site is located in the Southern Peninsula (Suŵurnes) region of Iceland just north of the city of Grindavík and about 60 kilometers southwest of the Capital of Reykjavík. Grindavík a fishing town and is one of the few cities with a harbor on this coast. The Blue Lagoon, Grindavík's premiere attraction, is located 5 kilometers (3 mi) from the town center. From Reykjavík (Icelands Capital), drive to National Route 41 (Reykjanesbraut) the same road you drive when going to the international airport in Keflavík, but turn south on National Route 43 (Grindavíkurvegur) to Grindavík, the same intersection you take when driving to the Blue Lagoon. From the intersection, the monument should be visible on your left side after you drive about 5 kilometers.