The site contains a monument for the crew of two B-17 bombers that collided over the base in December 1944 and for the American airmen who perished in the crash of a Horsa Glider which killed 33.

Located at the north side of the former RAF Greenham Common runway. A junction road via Burys Bank Road near Newbury & Crookham Golf Club can be accessed to the site. The site was known as Area A during the Cold War and additionally housed a number of dispersed buildings including some occupied by US Bomb Squadron but now demolished. 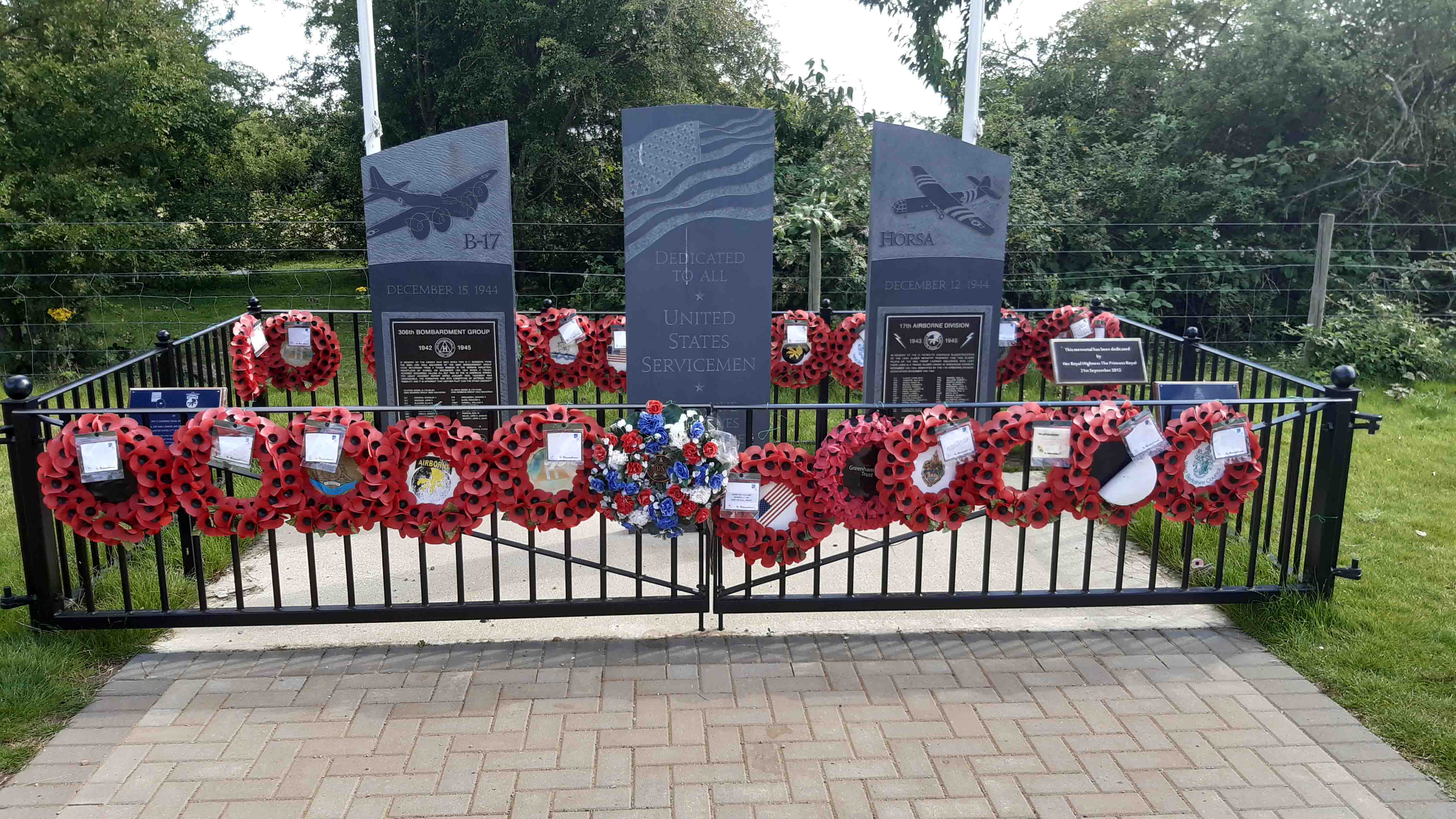