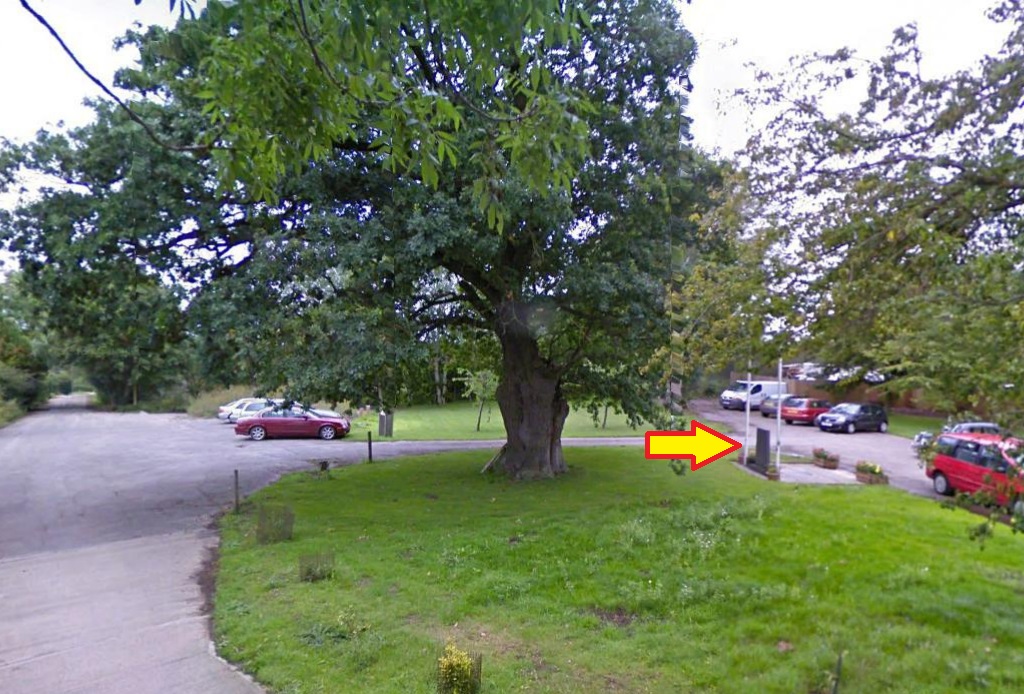 A monument was erected in memory of the airmen and units who served at Debach Airfield during World War II. Debach (pronounced Deb-itch) was one of the last Eighth Air Force heavy bomber stations to be occupied; being built by the 820th Engineer Battalion (Aviation) of the US Army during 1943/1944. It was assigned USAAF designation Station AAF 152, call sign 'DC'. USAAF Debach was the last USAAF station to become operational and carried out its first mission on D-Day. Stationed there was the 493rd BG(H) with four squadrons of both the Consolidated B-24 Liberator and the Boeing B-17 Flying Fortress. The runway however started to break up and by the end of 1944, was so bad that the group had to move temporarily to RAF Little Walden while runways were repaired and strengthened. They returned to Debach in March 1945. After the war, Debach was used first as a camp for German POWs and later for displaced persons before being abandoned about 1948.

Located at the former site of the Debach Airfield HQ where some of the buildings still survive and have been converted to residential use. The site is in between the Snipe Farm Road and Drabbs Lane.