The site contains a plaque commemorating the airmen of the 362nd Fighter Group. Headcorn was known as USAAF Station AAF-412 for security reasons by the USAAF during the war, and by which it was referred to instead of location. It's USAAF Station Code was "HC". With the facility released from military control, the land was returned to agricultural uses.

In 1983, Headcorn was selected for the erection of a memorial and plaque which was dedicated in September of that year. Confusingly, the former ALG at RAF Lashenden, which continues to be used for private flying, has also been called Headcorn since the 1960s. The airfield today is unrecognizable as a former airfield, fully returned to agriculture. The only way it can be positively located is by aligning the secondary roads in the area with those on aerial photographs of the airfield when it was active.

That said, the land shows the outline of the south end of the 18 runway as a single lane farm road with the edges of what would have been the taxiway visible as a disturbed area of landscape. No buildings or any other evidence of the airfield remains.

Located on the site of the former RAF Headcorn airfield, 2km south-west from Egerton Forstal village center and 2 miles north-east of Headcorn village. 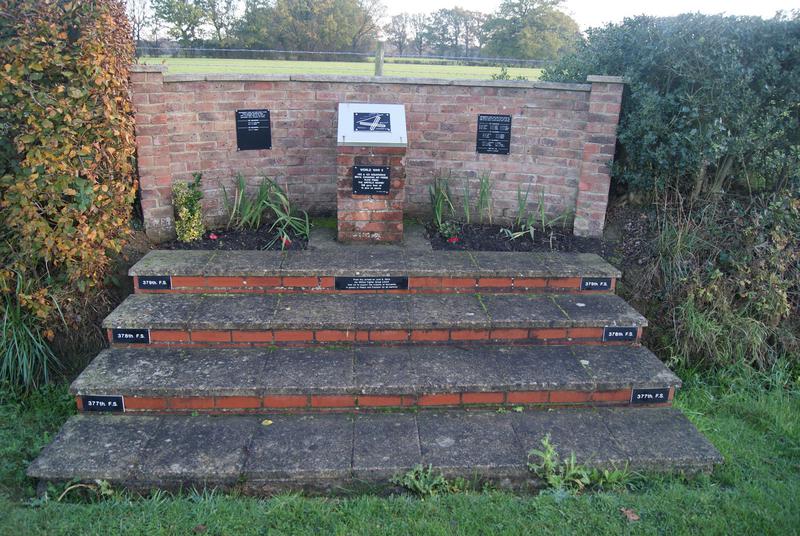