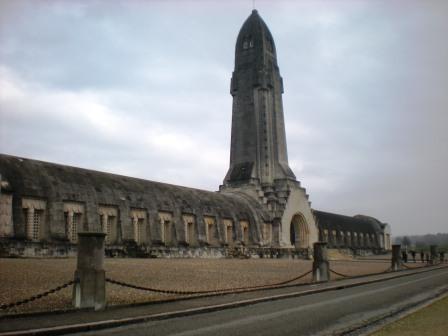 The Douaumont ossuary is a memorial containing the remains of over 130,000 unidentified French and German soldiers who died on the battlefield during the Battle of Verdun in 1916. Several American benefactors are honored on the memorial.

On the Thiaumont Ridge south of the village of Douaumont. 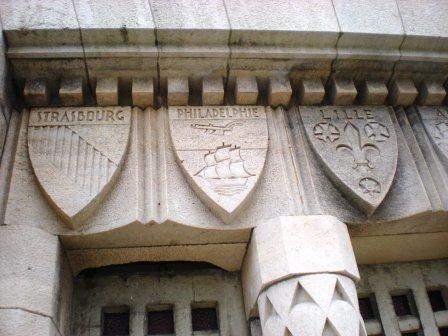 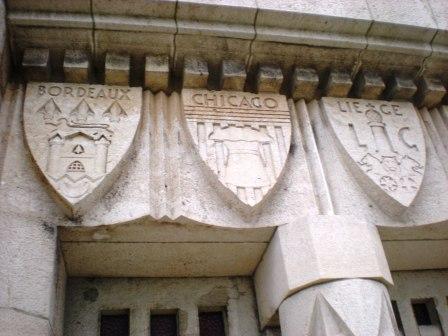