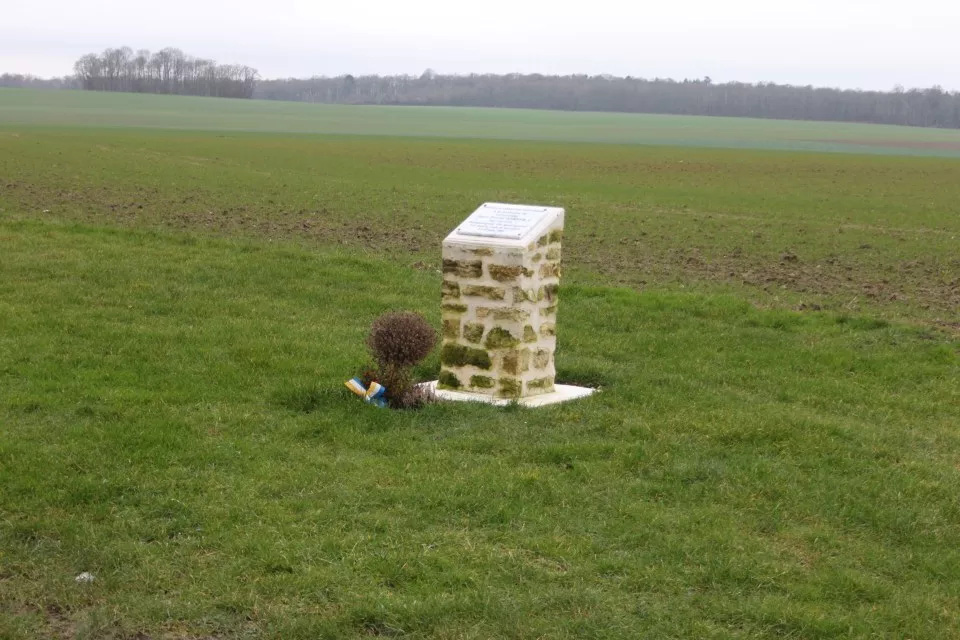 The site contains a memorial for 1Lt Harry F. Warner, Jr., who was killed in an air crash during World War II.

The site is situated on the southern outskirts of the commune, about 1.8 km from Liancourt-Saint-Pierre center. Exit the town via D566/Rue de la Gare. Continue your way to the south for about 1.3 km, then the road will meet the intersection with D121 where you will turn to your right. For approximately 250 meters, you will see the junction of D566E to the left. Take that road and for another 190 meters to the south, you will arrive at the site. The memorial site is opposite the Liancourt-Saint-Pierre train station. The memorial is just on the roadside. 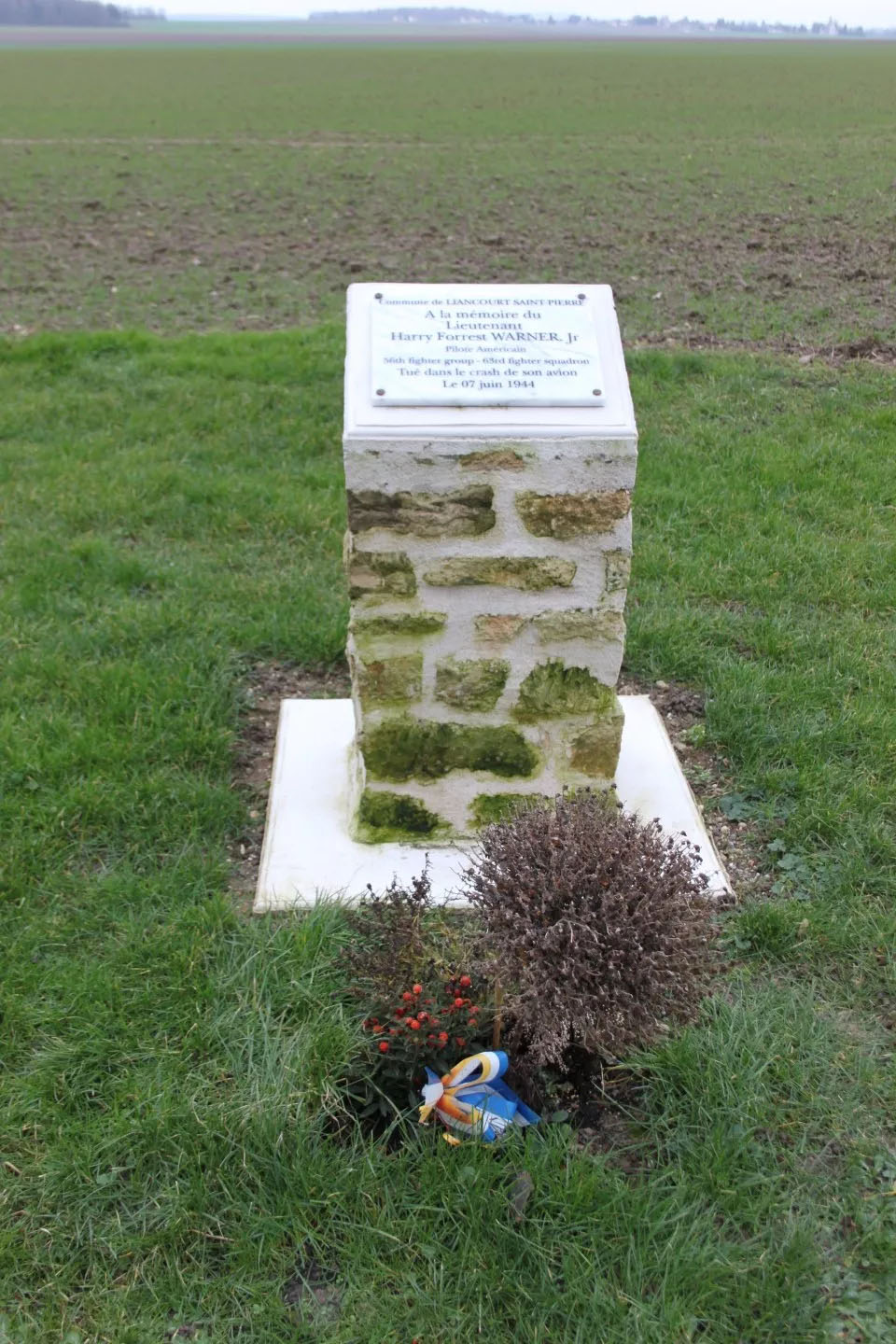