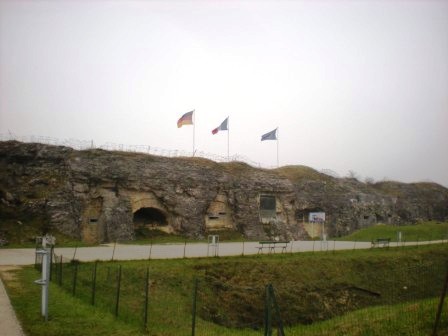 The largest and highest fort on the ring of 19 large defensive forts protecting the city of Verdun, France since the 1890s. Newly deployed howitzers had taken out of action several large Belgian forts, as a result, Fort Douaumont and other Verdun forts, being judged ineffective, had been disarmed and left virtually undefended. Consequently, Fort Douaumont was entered and occupied without a fight by a small German party. It set the stage for the rest of a battle which lasted nine months, at enormous human costs. Douaumont was finally recaptured. 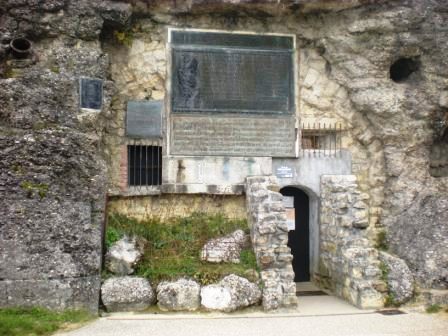