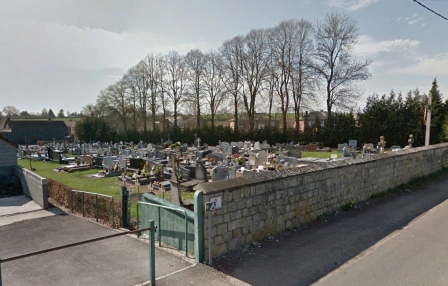 The Ecoivres Communal Cemetery is located at the intersection of the D-49 (rue de la Source) and the Route de Maroeuil in Ecoivres, just south of Mont St Eloi. It is immediately adjacent to the CWGC Ecoivres Military Cemetery.