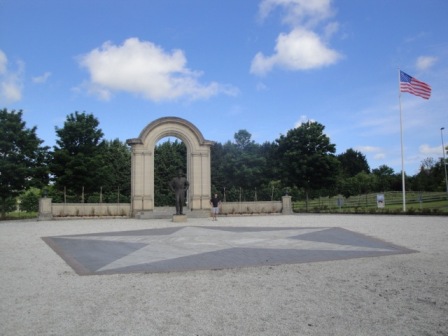 The memorial commemorates General Eisenhower and his efforts in organizing the Normandy Invasion as the Supreme Allied Commander. The roundabout is filled with gravel with a large star in the center and an arch behind the star.

At the Rond Point Eisenhower, the intersection of the D-572 and the D-613, at the eastern entrance to Bayeux. 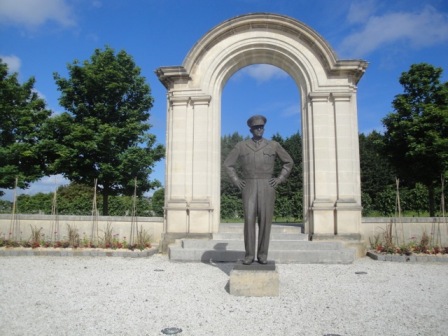