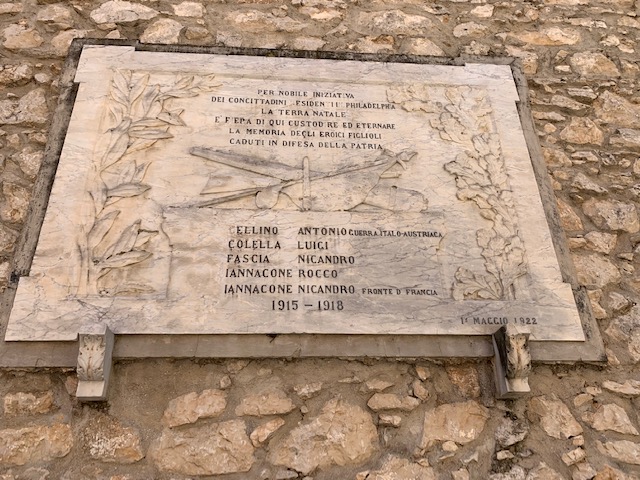 The plaque can be found on the exterior street side wall of the church about 6 feet off the ground immediately next to a second plaque commemorating civilian deaths of Ceppegna during WW2.

A grayish white marble plaque about 3.5 ft by 3 feet large with words etched in black framed by etchings of a wreath.ááThe names of the remembered are inscribed into an altar with a flag draped cannon lying upon the altar.ááThe soldierÆs names are listed with their last name first and where they died, either on the Italian or French front.

Research continues to better identify who the soldiers were, where they were killed, and who placed the plaque, but this is what we have toádate from Italian sources:

Soldiers killed on the Austro-Hungary Front:

Colella, Luigiá(DI EUSTACCHIO):Born Venafro on Oct 10, 1896.ááServed as a soldier in the 212th Infantry Regiment and was killed in combat on 9 August 1916 near New Gorizia (Present day Slovenia) during the Sixth Battle of the Isonzo.

IANNACONE ROCCO (di Giuseppe ): Born in Sesto Campano (Near Venafro) on Sept 16, 1894 served as a soldier in the 200thAssault or Siege Battery (200 Batteria D'assedio).ááHe was wounded in combat and subsequently dies on Oct 23, 1917 at the 19thHospital section (19 Sezione Di SanitÓ).

Died on the French Front:

from their native land

and proud to cherish and perpetuate

the memory of their heroic sons

fallen in defense of their homeland 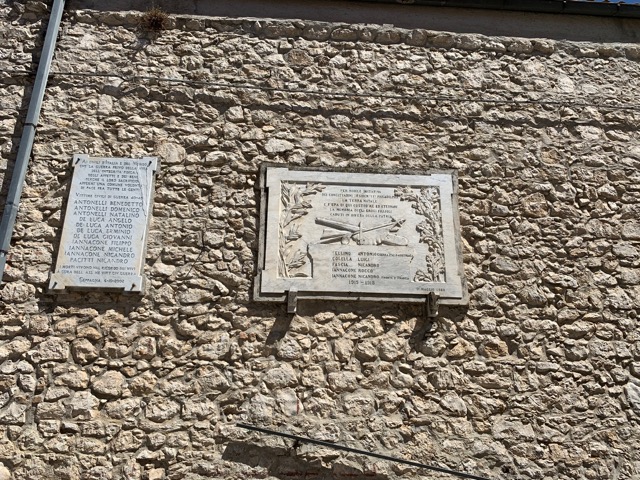 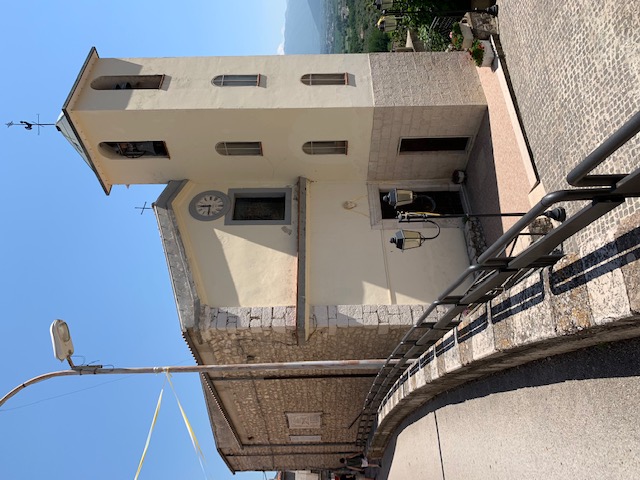 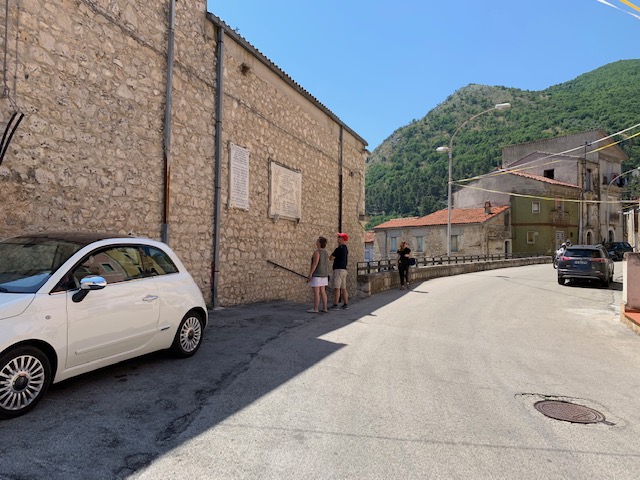