<< Back to Querciola di Lizzano 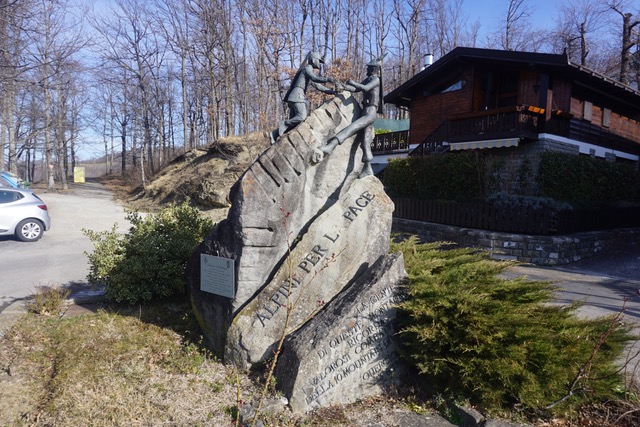 A large rock, about 7 feet tall, with the sculptures of two mountain soldiers meeting the peak; one is an Italian Alpino Soldier, the other a soldier of the 10th Mountain Division.

From the Linea Gotica Website:  Querciola was on the part of the Gothic Line running from Riva Ridge to Monte Belvedere. All the attacks launched on the summit of Belvedere by Armando’s partisans and the American mountain troops passed through here. On 28 September 1944 the German column responsible for the Ca’ Berna massacre also passed through Querciola on its way to Ronchidoso.

The square named after the American Mountain troops and contains a monument to them. On 2015, a plaque was added to the monument to commemorate the American Jewish doctor awarded the Bronze Star for his work on Monte Cappel Buso, who was killed shortly afterwards, early in March 1945, during the battle to take Castel d’Aiano (Sassomolare). (See this website: PFC Andrew Goldstein Memorial Plaque, for more information)

This monument was placed by a local Alpini Association (Italian Mountain Troop Association) in 1988. 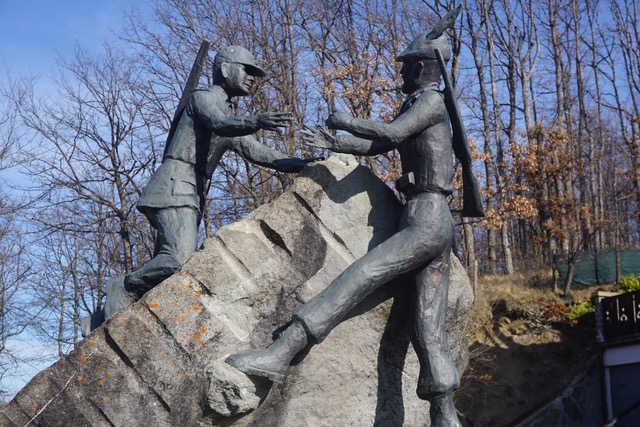 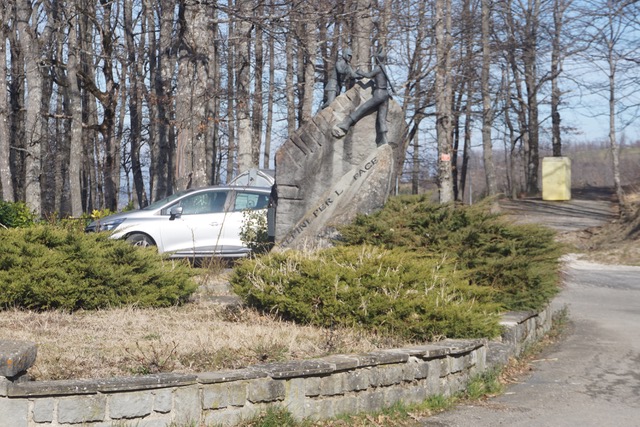 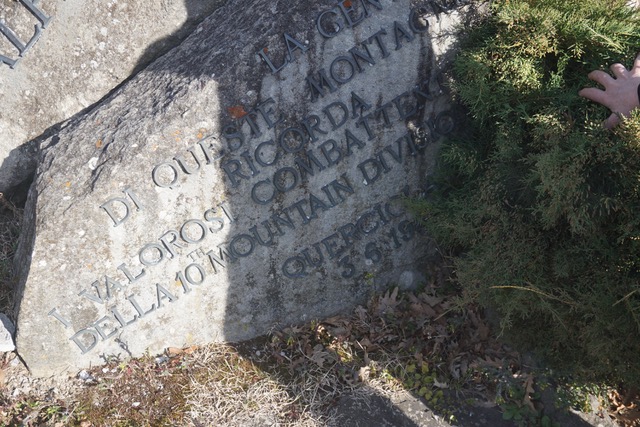 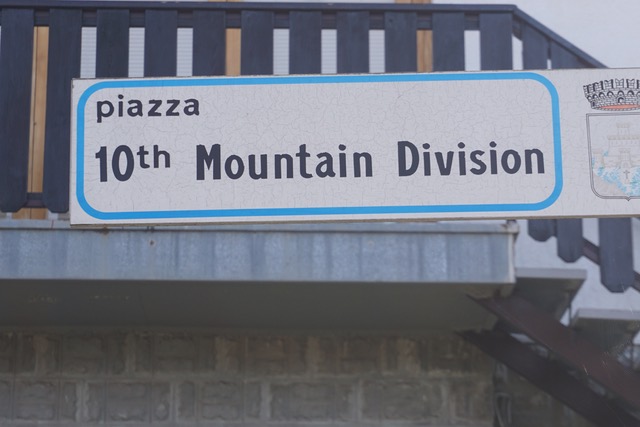