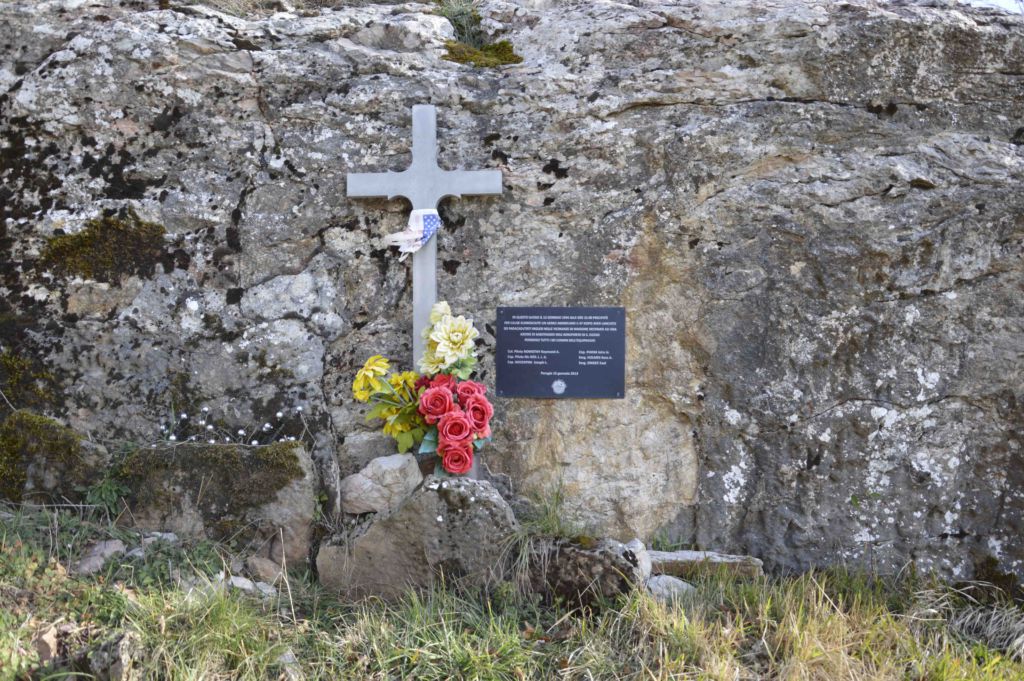 In a depression just to the west of the summit to Monte Tezio.

A brown metal inscribed plaque about 12” x 18” next to a silver cross about 3 feet high, both mounted to a large rock.

The C-47 originated from Gioia, Italy and its Crew consisted of:

Operation Pomegranate was a six-man raid in support of Operation Shingle (Anzio Landings) by the Special Air Service designed to be conducted against German aircraft based on the Italian airfield of Sant'Egidio, near Perugia, on the night of 12 January 1944. The commandos, aboard a US C-47 made their parachute jump near Magione, which is about 15 kilometers east of Monte Tezio and east of Lake Trasimeno, after which the plane on which they had been travelling crashed into the mountainside killing the entire crew.

The text on the plaque is written in Italian and reads:

American Airplane crashed due to unknown reason after air

dropping six English Parachutists near Magione with the

mission to sabatoge the Airport at Sant Egidio

The six aircraft crewmembers were killed.

(Symbol of the Mount Tezio 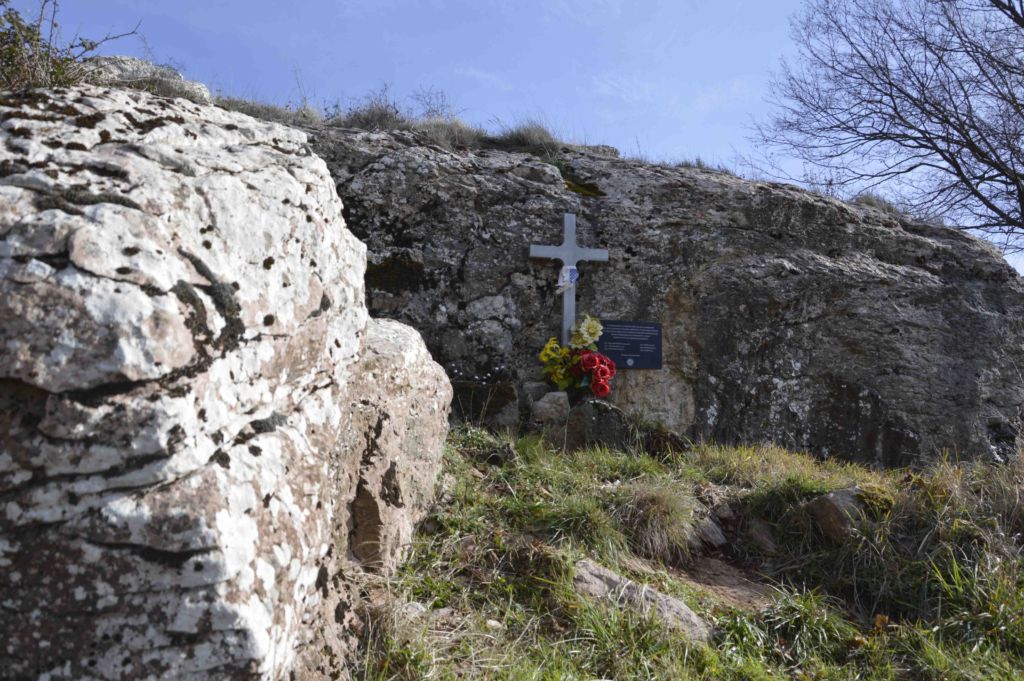 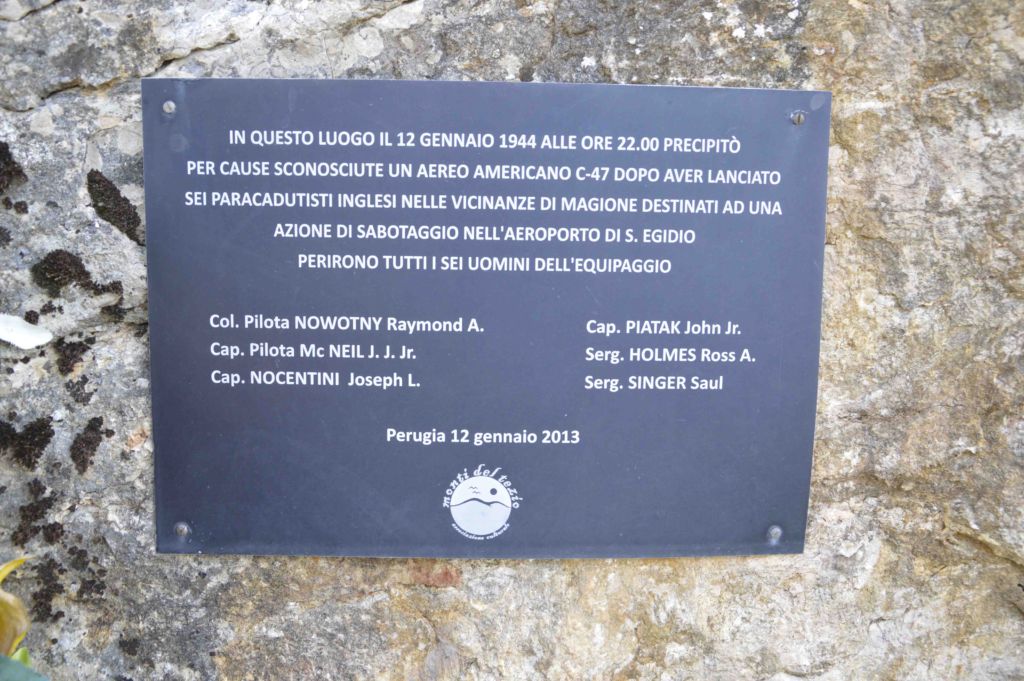 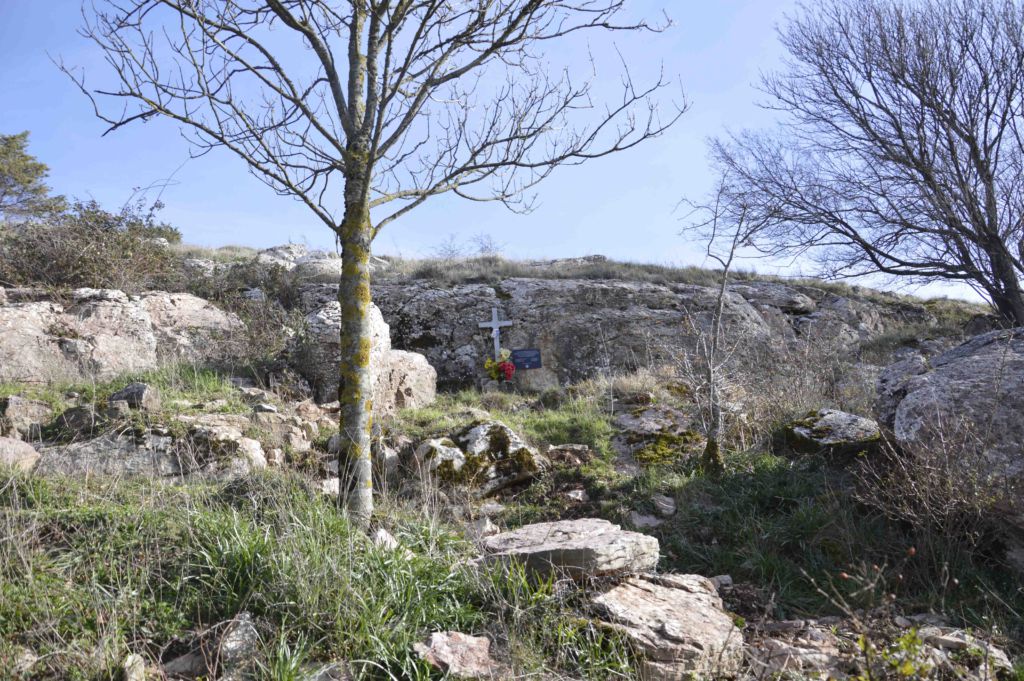 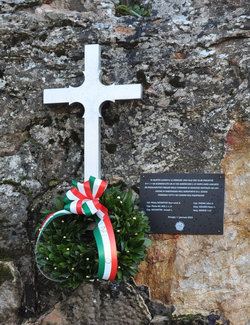