In the center of the roadway.

A black inscribed marble set on white marble base; the memorial is about 8 feet high.

The memorial remembers General Omar Bradley’s First Army’s effort to “cut-off” and entrap enemy forces on the northern end of the Cotentin Peninsula after the Normandy landings in June 1944.

The First Army VII Corps led by the 9th "Old Reliables" Infantry Division (60th Infantry Regiment) attacked across the peninsula  and cut off enemy forces by taking Barneville-Carteret on June 13, 1944.

The text on the Monument is in French and reads:

THE 9TH INFANTRY DIVISION OF THE 7TH CORPS

OF THE US FIRST ARMY

THE CUT-OFF OF THE COTENTIN 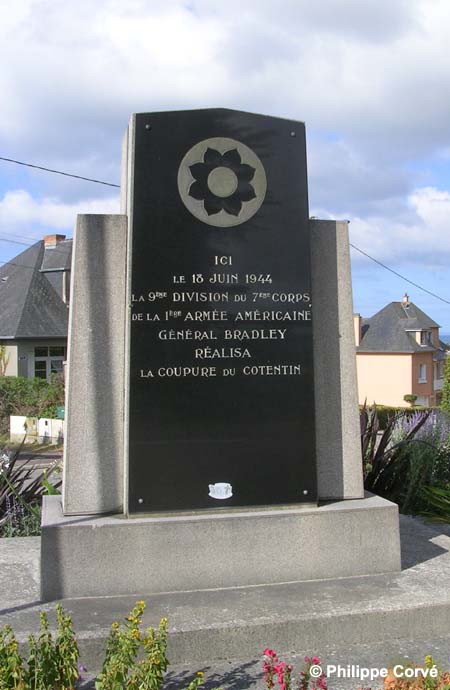 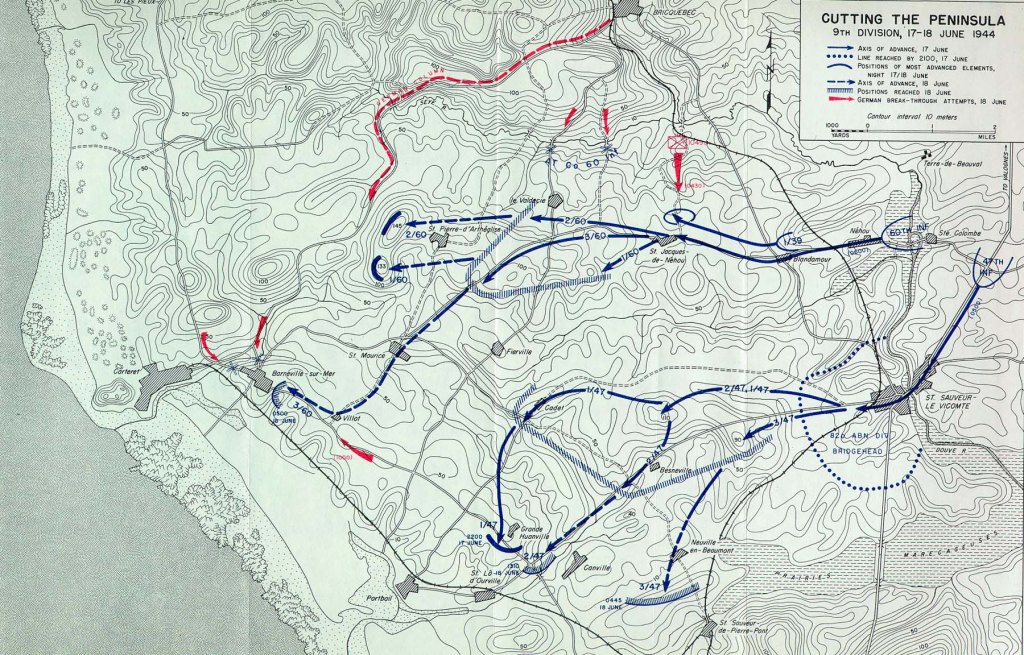