<< Back to Pershing Hall 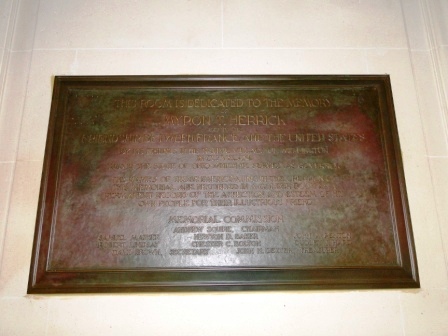 On the second floor of Pershing Hall in the hallway between the bar area on the left and the conference room on the right. Plaque A plaque put up for Myron T. Herrick, Governor of Ohio and U.S. Ambassador to France.

This room is dedicated to the memory of Myron T. Herrick and to the friendship between France and the United States by his friends in his native village of Wellington in Cleveland and in the state of Ohio which he served as Governor.  The names of those participating in the creation of this memorial are recorded in a golden book as a permanent record of the affection and esteem of his own people for their illustrious friend. 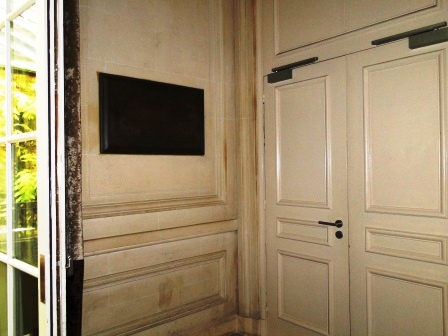 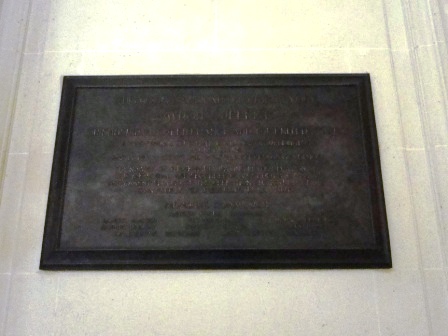