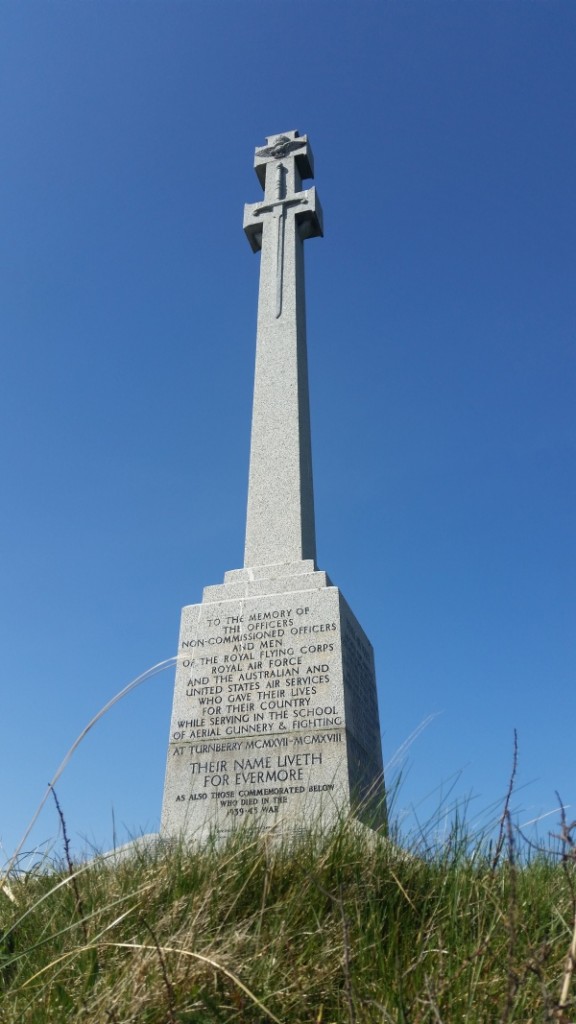 About 100 meters for the 12th hole on the Alisa Craig course.

A double Celtic Cross erected by the people of Kirkoswald Parish in 1923 to honor those airmen stationed at Turnberry Air Field who died during the First World War to include four American pilots.

In November 1990, four sections were added to the base of the memorial bearing the names of those who died at Turnberry during the Second World War.

Many of those named on the memorial are buried at the nearby Doune Cemetery two include two American Airman who died in the First World War.

RAF Turnberry was an airfield in Scotland used by the Royal Flying Corps (RFC) and the Royal Air Force (RAF) during the First World War, and again by the RAF in the Second World War.

During the First World War, the base housed No. 1 School of Aerial Fighting (Loch Doon, to the east, was used for a School of Aerial Gunnery). The school merged with No. 2 (Auxiliary) School of Air Gunnery, becoming No. 1 School of Aerial Fighting and Gunnery, renamed No. 1 Fighting School (North-West Area) on 29 May 1918. It provided pilots with three-week courses in the arts of aerial gunnery and combat. The Turnberry Hotel was used during the war as a hospital for the wounded. After the war, courses 1 and 2 were rebuilt and renamed "Ailsa" and "Arran". A memorial to honor lost airmen was erected on the hill overlooking the 12th green of Ailsa and still remains.

The four Americans listed on the monument include:

TO THE MEMORY OF

OF THE ROYAL FLYING CORPS

AND THE AUSTRALIAN AND

WHO GAVE THEIR LIVES

WHILE SERVING IN THE SCHOOL

AS ALSO THOSE COMMEMORATED BELOW

WHO DIED IN THE 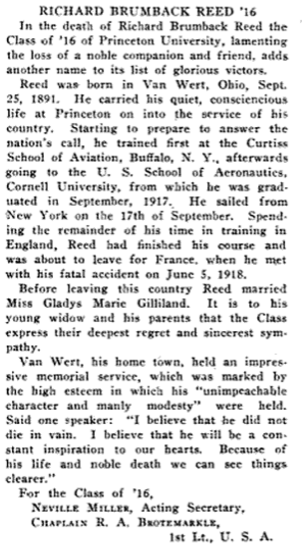 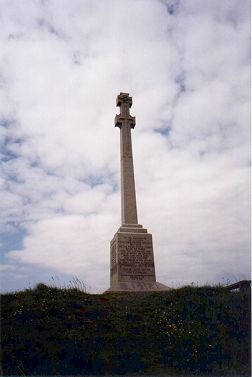 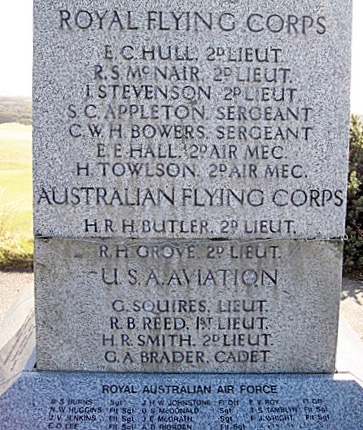