<< Back to St Michael and All Angels Church, Aston Clinton 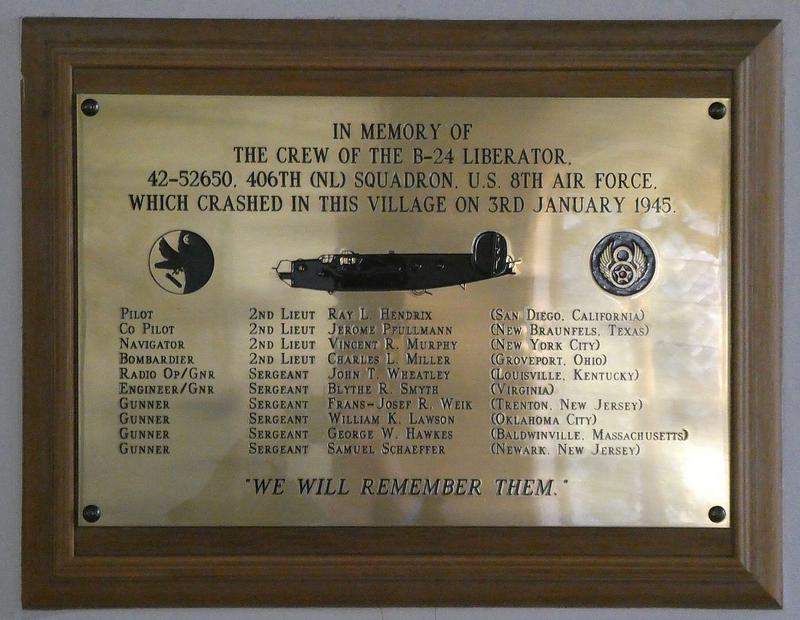 On the right side wall if you are facing the altar.

A rectangular, horizontal oriented, brass plaque, that is affixed to a wooden frame. The plaque is inscribed in English in black and incised lettering. On the top of the plaque is the commemoration message followed by the engraved images of the 406th Bomb Squadron insignia, a B-24 Liberator aircraft, and the 8th Air Force insignia. Below these, is the list of names and some info of the aircrew, arranged in columns.

On the evening of January 3, 1945, for an undetermined reason, B-24 #42-52650 piloted by 2Lt Ray Hendrix, crashed in Aston Clinton after takeoff for a nighttime leaflet dropping mission. The plane was to make a run over Holland, participating in psychological warfare by dropping leaflets which included a holiday message from the Dutch Queen and reports of how the war had turned in favor of the Allies. The plane had a malfunction 5 minutes after takeoff. Unfortunately, there is no survivor in this crash.

THE CREW OF THE B-24 LIBERATOR.

WHICH CRASHED IN THIS VILLAGE ON 3RD JANUARY 1945

"WE WILL REMEMBER THEM" 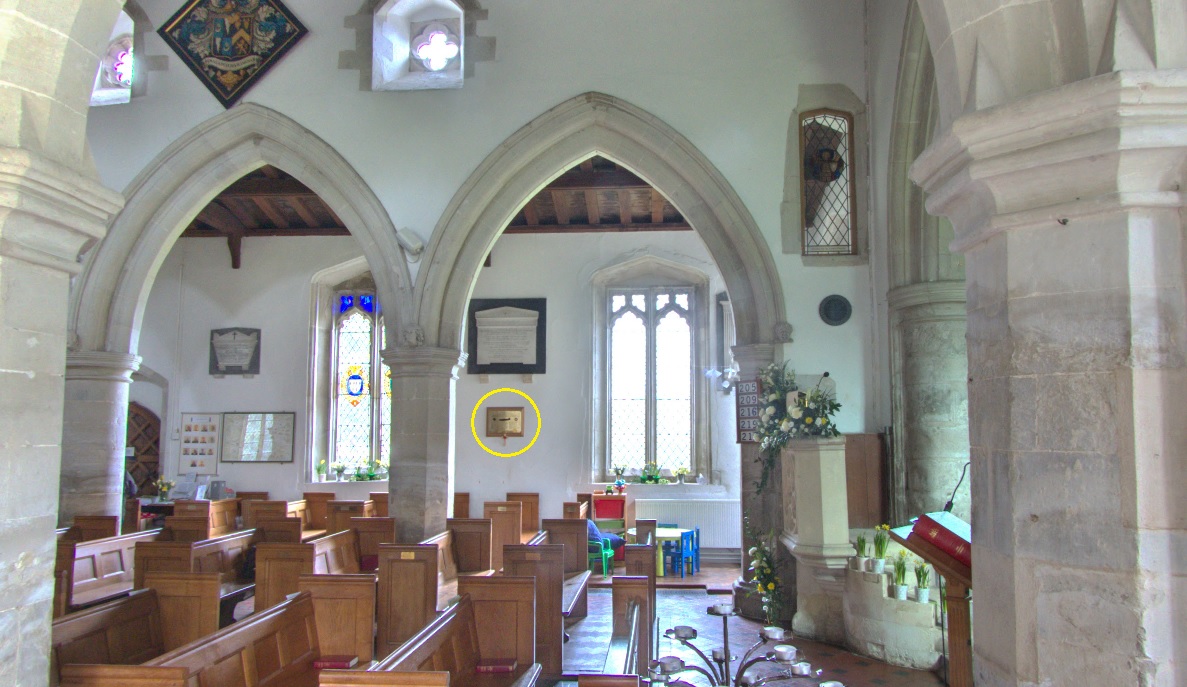