<< Back to Capel-le-Ferne (Folkestone) 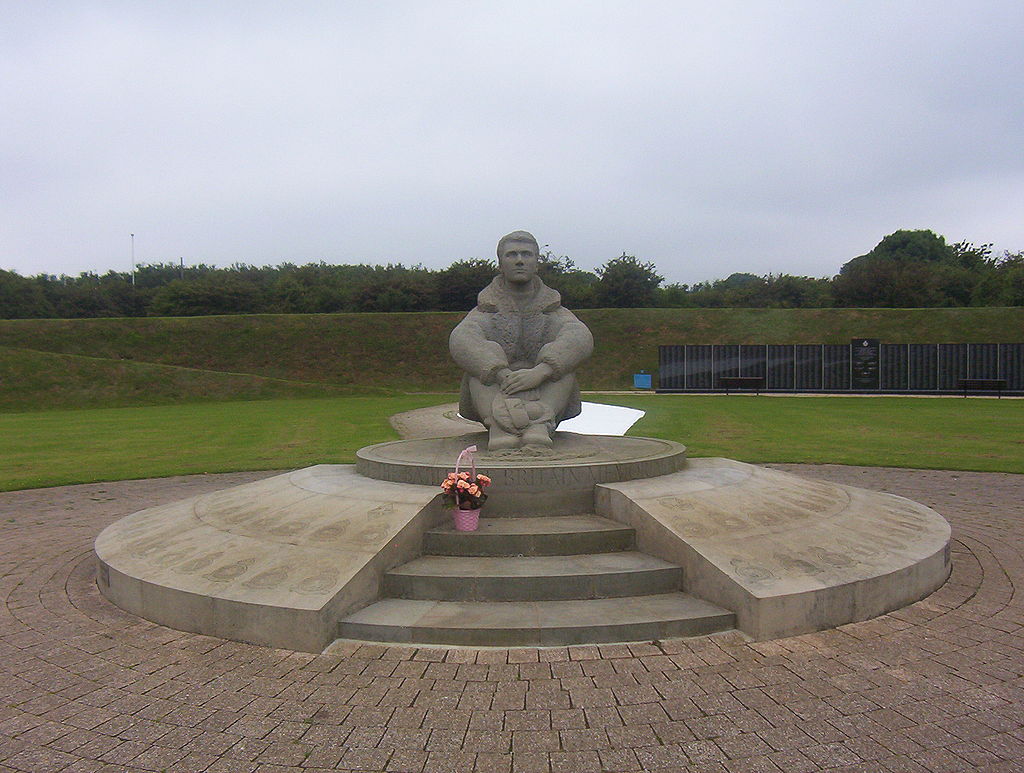 Just off the road B2011 in a large open area overlooking the sea.

The memorial includes a sculpture and a memorial wall. A figure of an airman seated on a convex pedestal and looking out to sea in a contemplative mood. The figure is set in the hub of a three-bladed propeller cut into the chalk. The badges of 68 squadrons which participated in the Battle of Britain are carved on pedestal. The Foxley-Norris Wall includes the names of all those who fought in the Battle of Britain.

The National Memorial to the Few dedicated to the heroic and selfless deeds of the men who won the Battle of Britain, 10 July to 31 October, 1940.

The memorial wall includes the names of at least nine Americans who fought with the British during the battle.

The text on the monument is in English and the prominent parts read:

On pedestal of airman figure:

THE BATTLE OF BRITAIN MEMORIAL - OPENED BY HRH THE QUEEN MOTHER

Names of Americans on the various panels include: 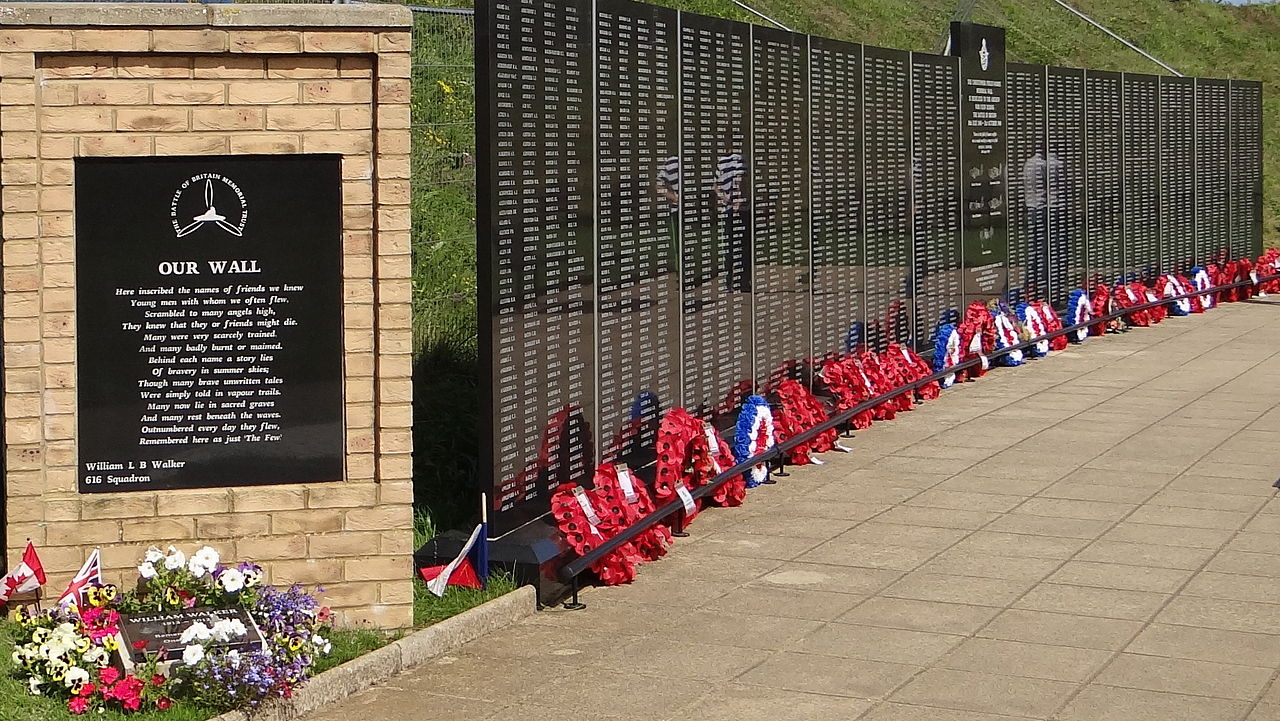 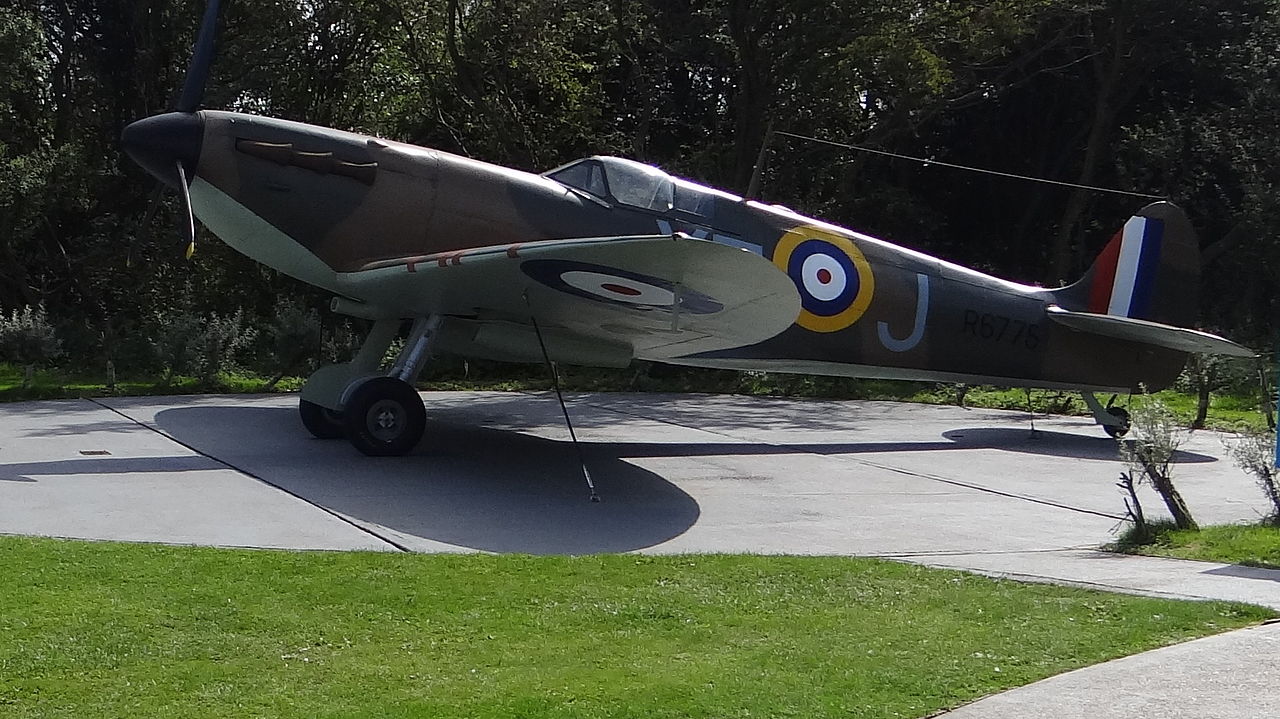 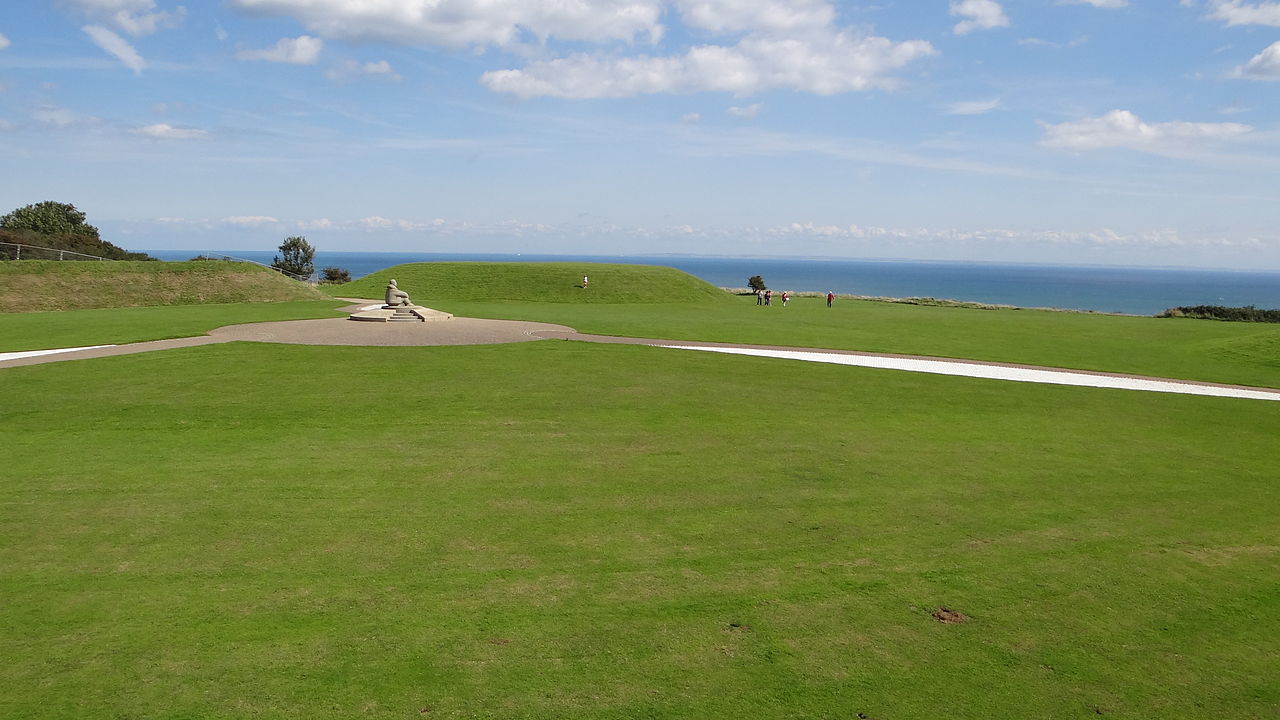 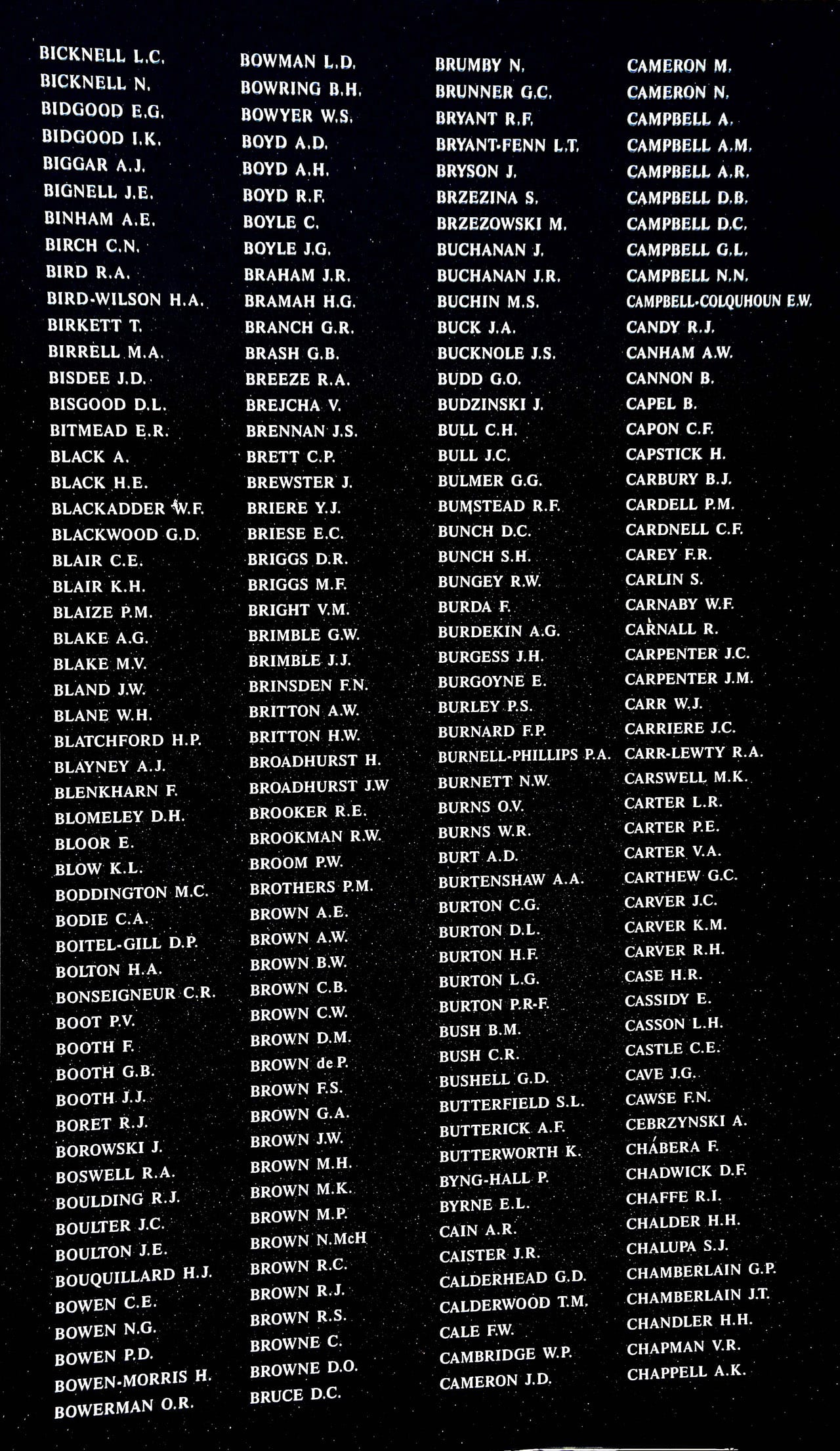 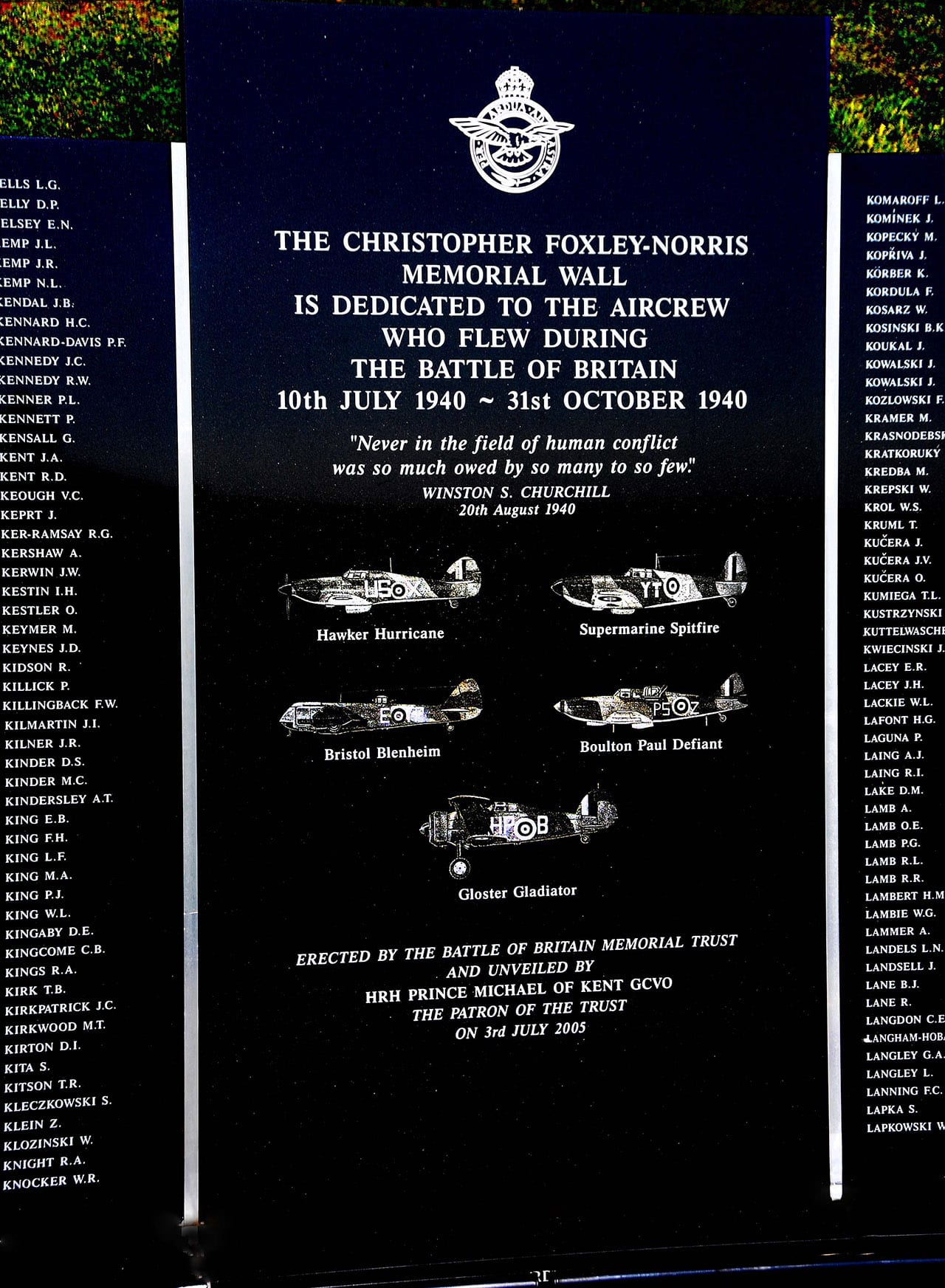 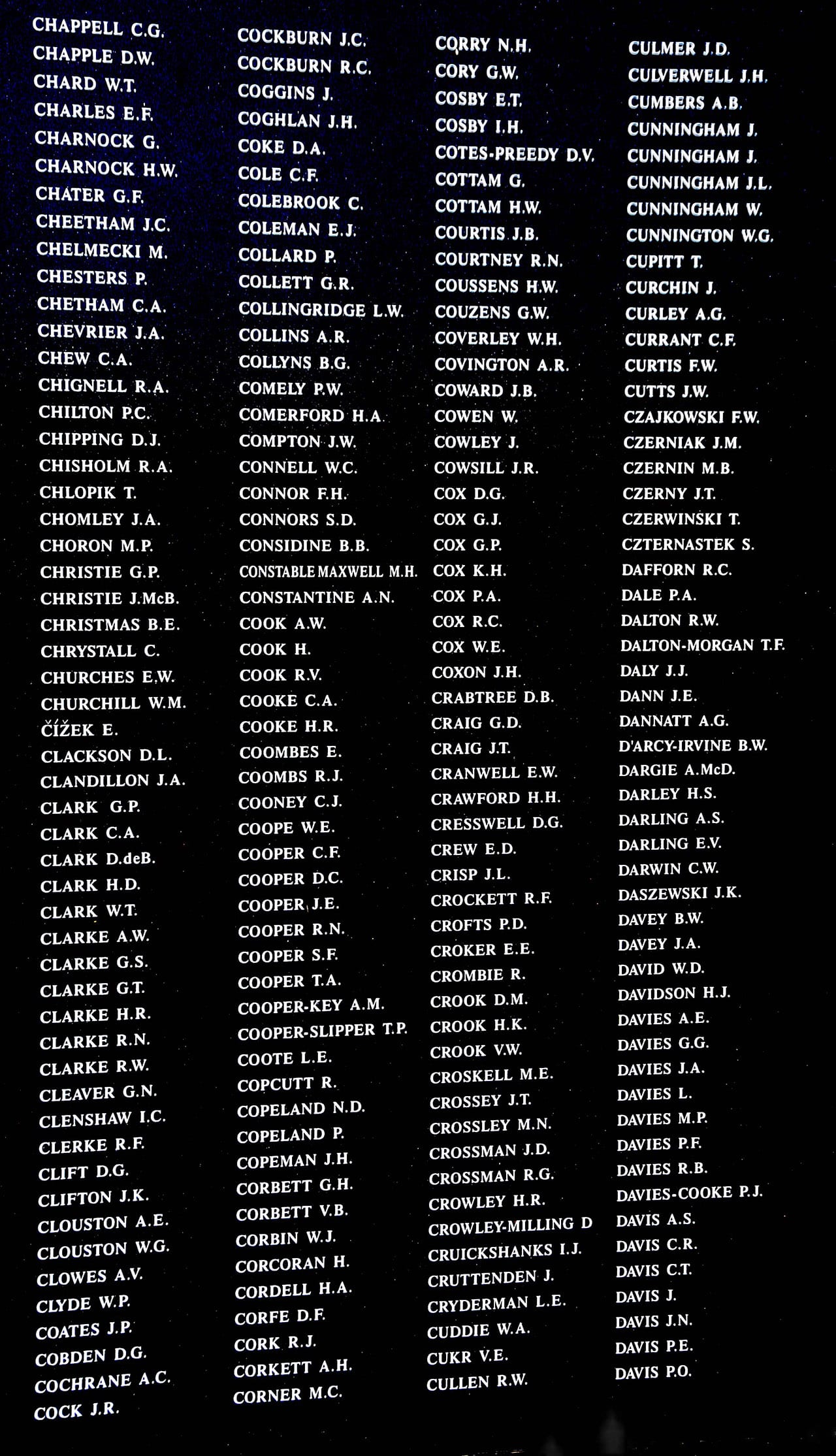 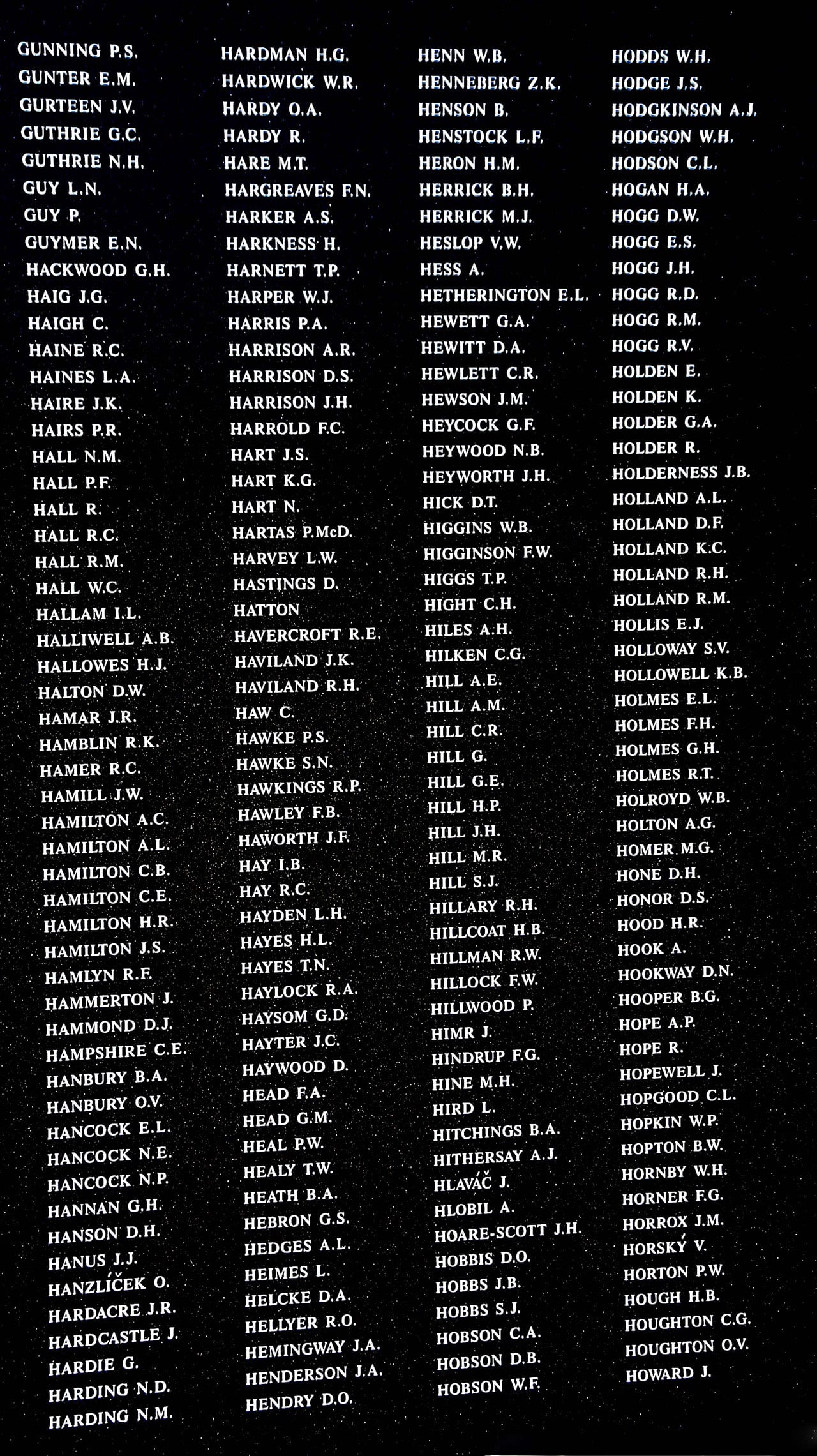 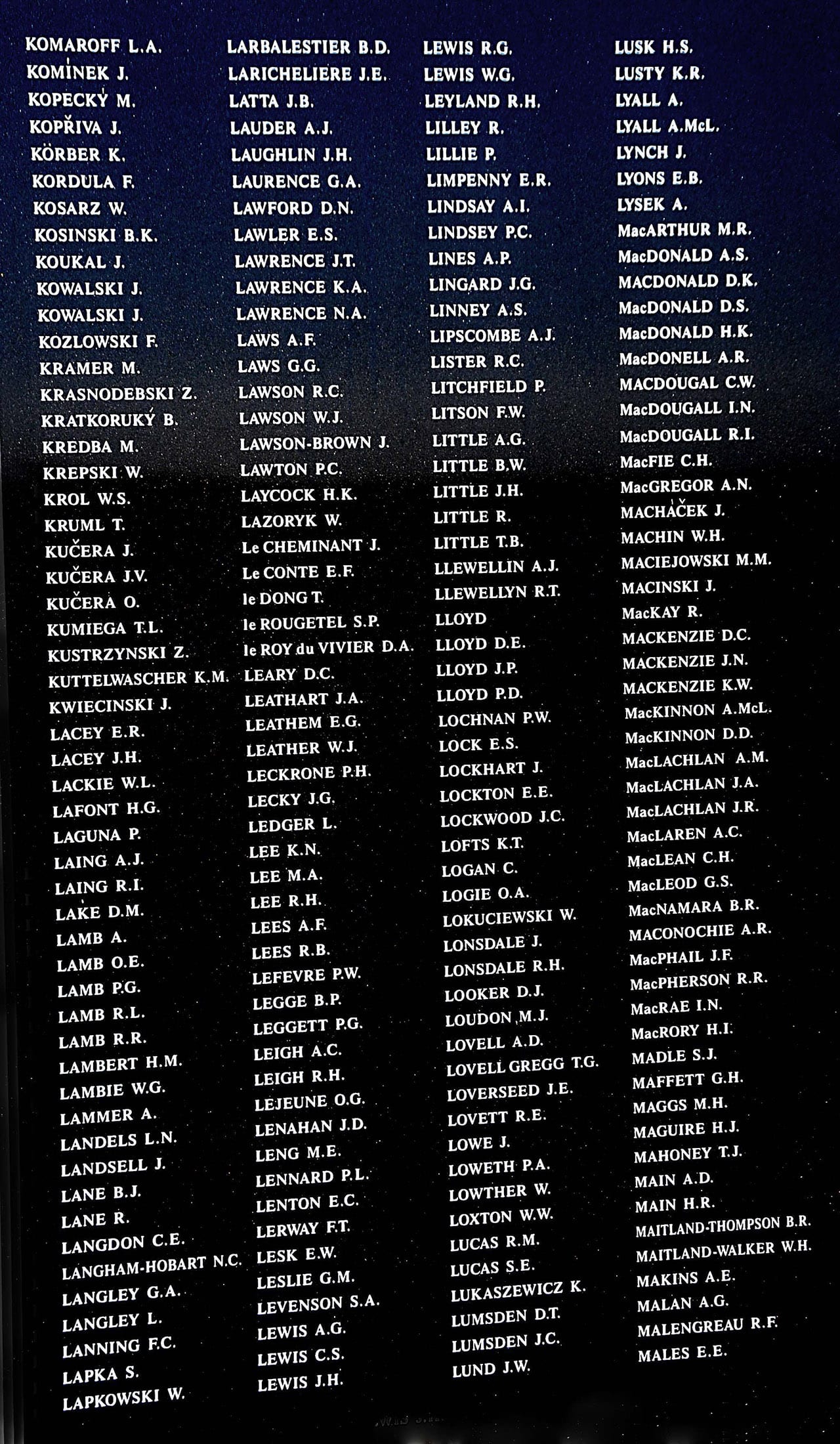 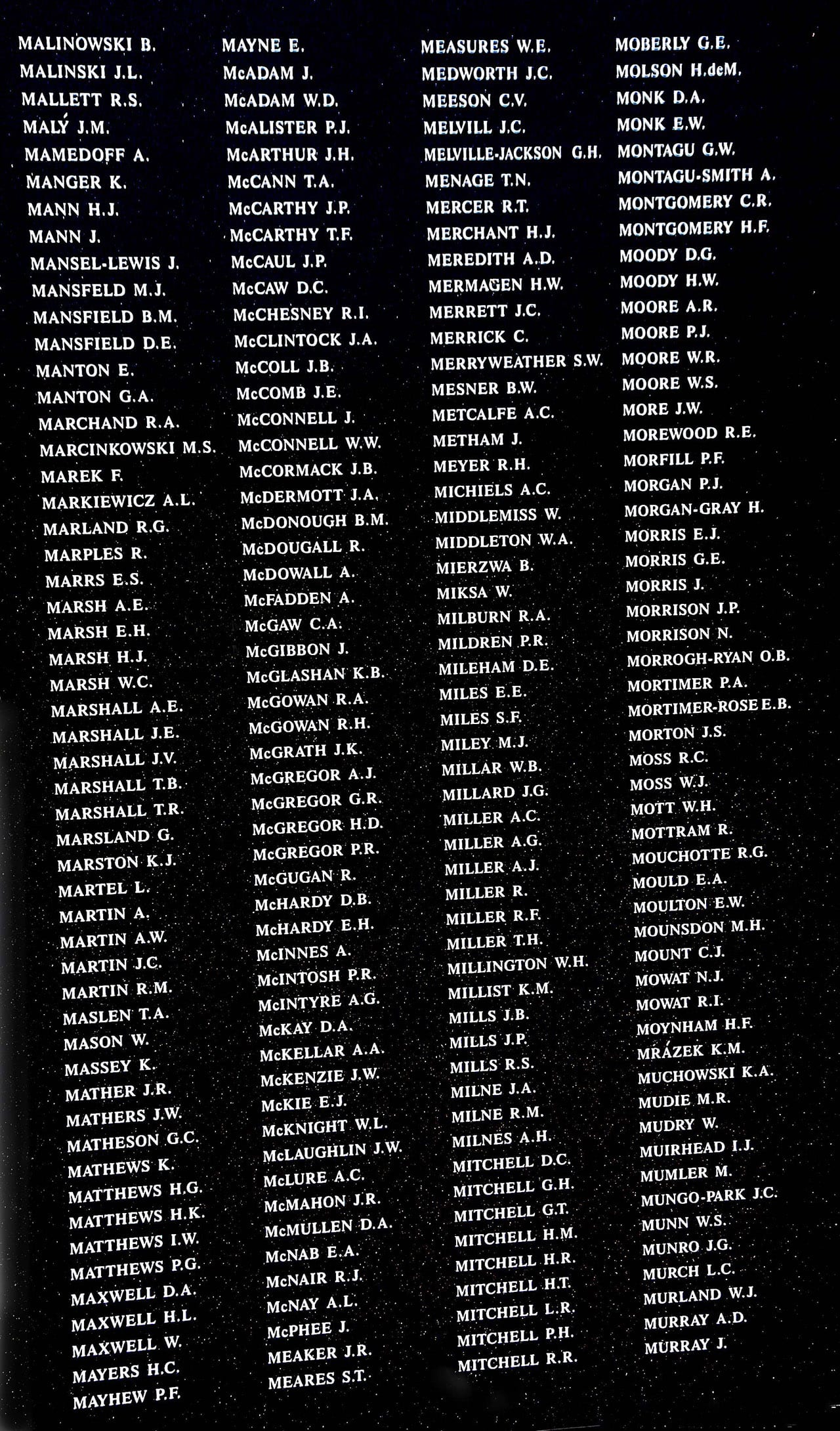 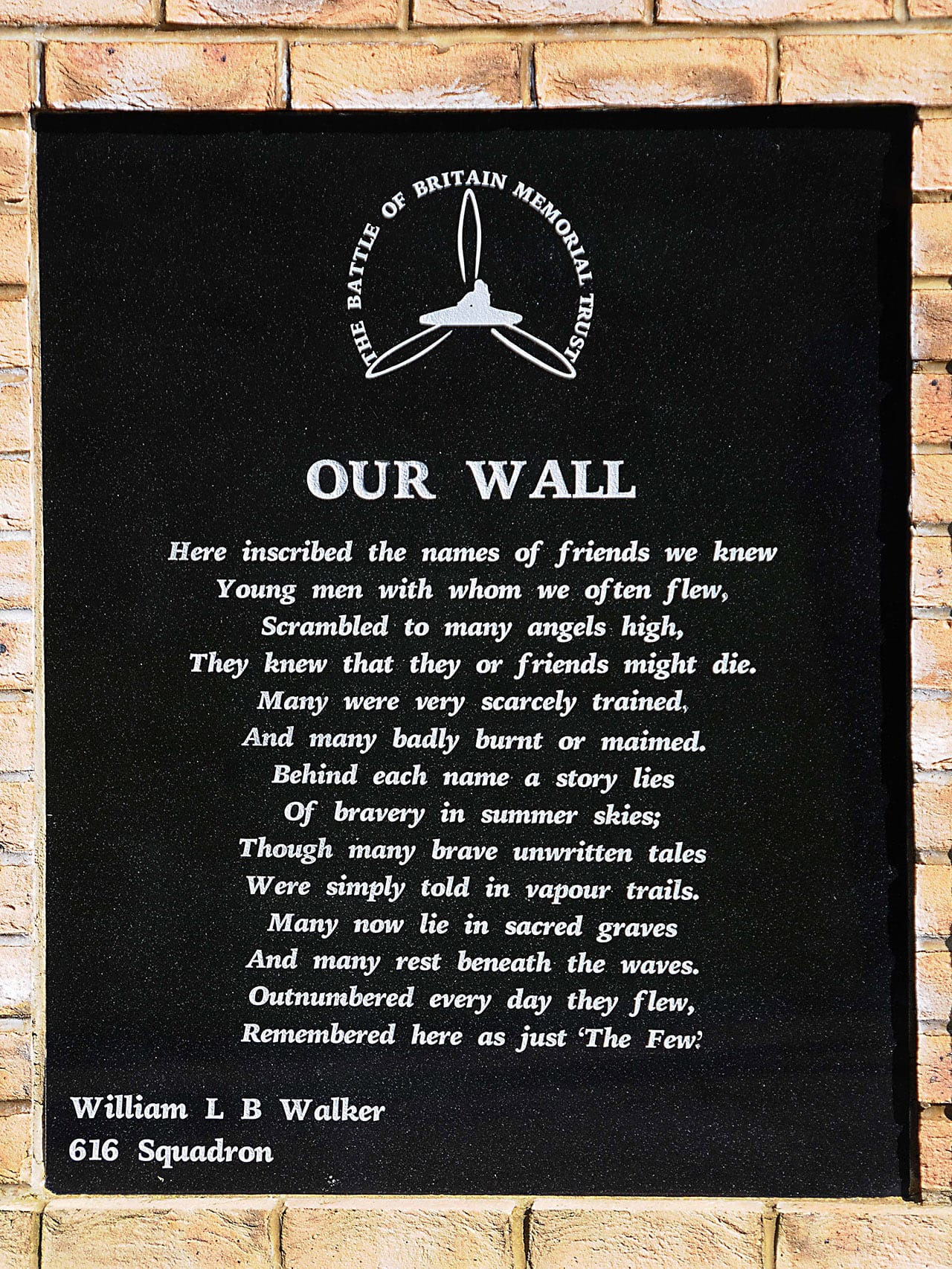