<< Back to Tincourt New British Cemetery 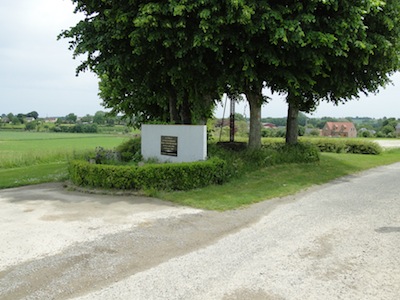 Outside the entrance of the cemetery on a patch of grass underneath trees. Monument The monument is a 1.5 meter tall, rectangular concrete monument with a black marble plaque on the front center of the monument.

The monument commemorates American aviators who crashed in the area during World War II. In particular, it honors members of the 36th Bomber Squadron, Heavy, whose B-24 bomber crashed nearby on November 10, 1944, and the 1st Bomber Sqaudron, 397th Bomber Group, whose B-26 Marauder, "Where's It At?," crashed nearby on January 22, 1945.
There is a more detailed monument that has a detailed description of the story of these two crashes 1,200 meters northwest of this monument on the edge of Bois de Buire 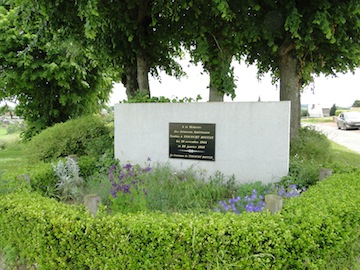