This memorial is located approximately 1.5 meters off of the road, on the south side of the large tree at the site. Plaque This bronze plaque is mounted on a short gray stone and mortar base. At the center of the plaque, an embossed representation of a military identification tag features the names and serial numbers of the soldiers of Company I of the 505th Parachute Infantry Regiment who were killed during the fight for the town of Fosse during the Bulge of the Bulge.

The battle for Fosse began on the snow and sleet covered morning of January 3, 1945. As soldiers of Company I approached the town, German machine guns and artillery opened up, inflicting initial heavy losses. The unit regrouped in one of the small valleys around the center of town and, with the assistance of armored reinforcements, were able to capture the town and move eastward in the direction of the Salm River. 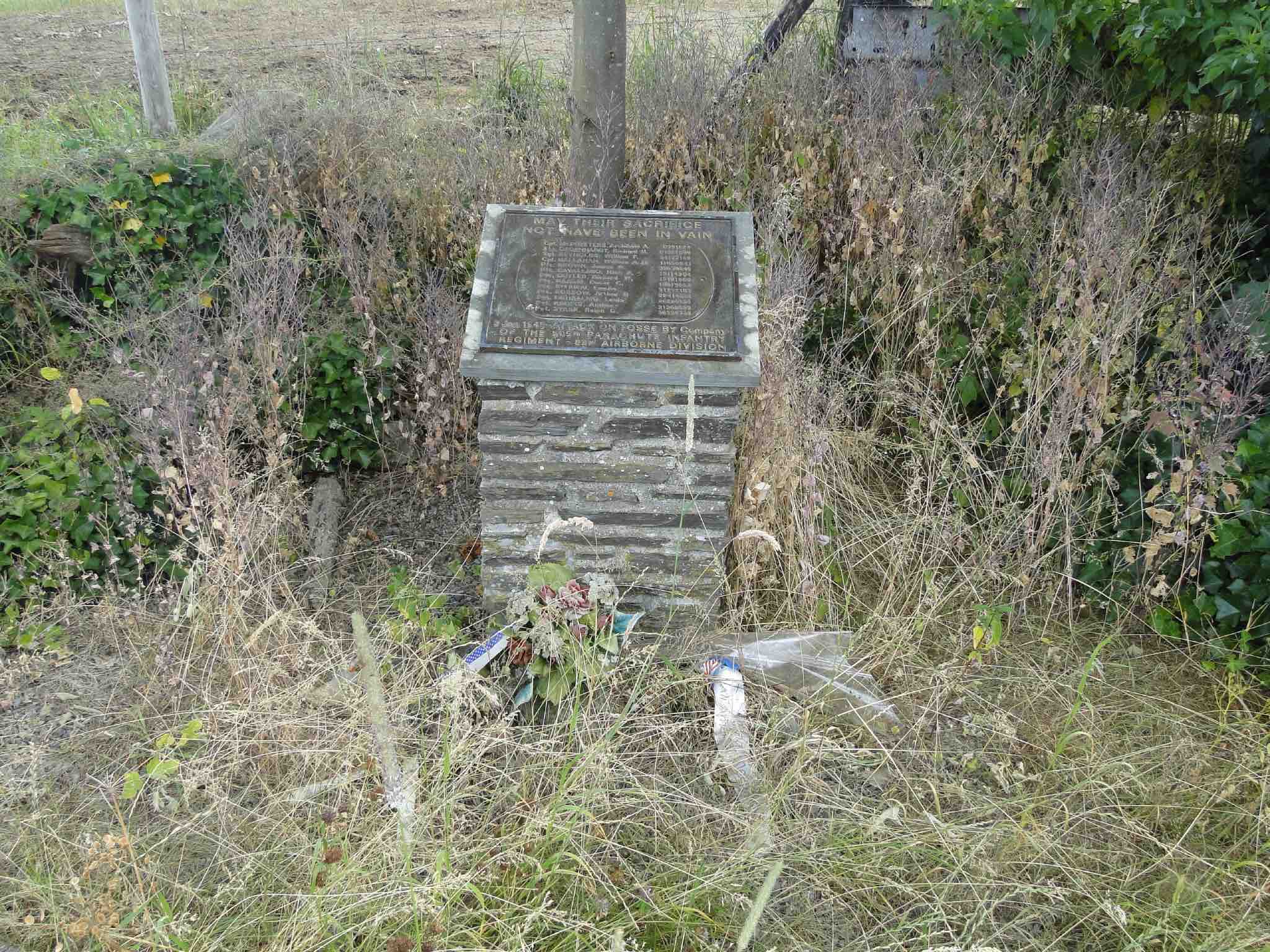 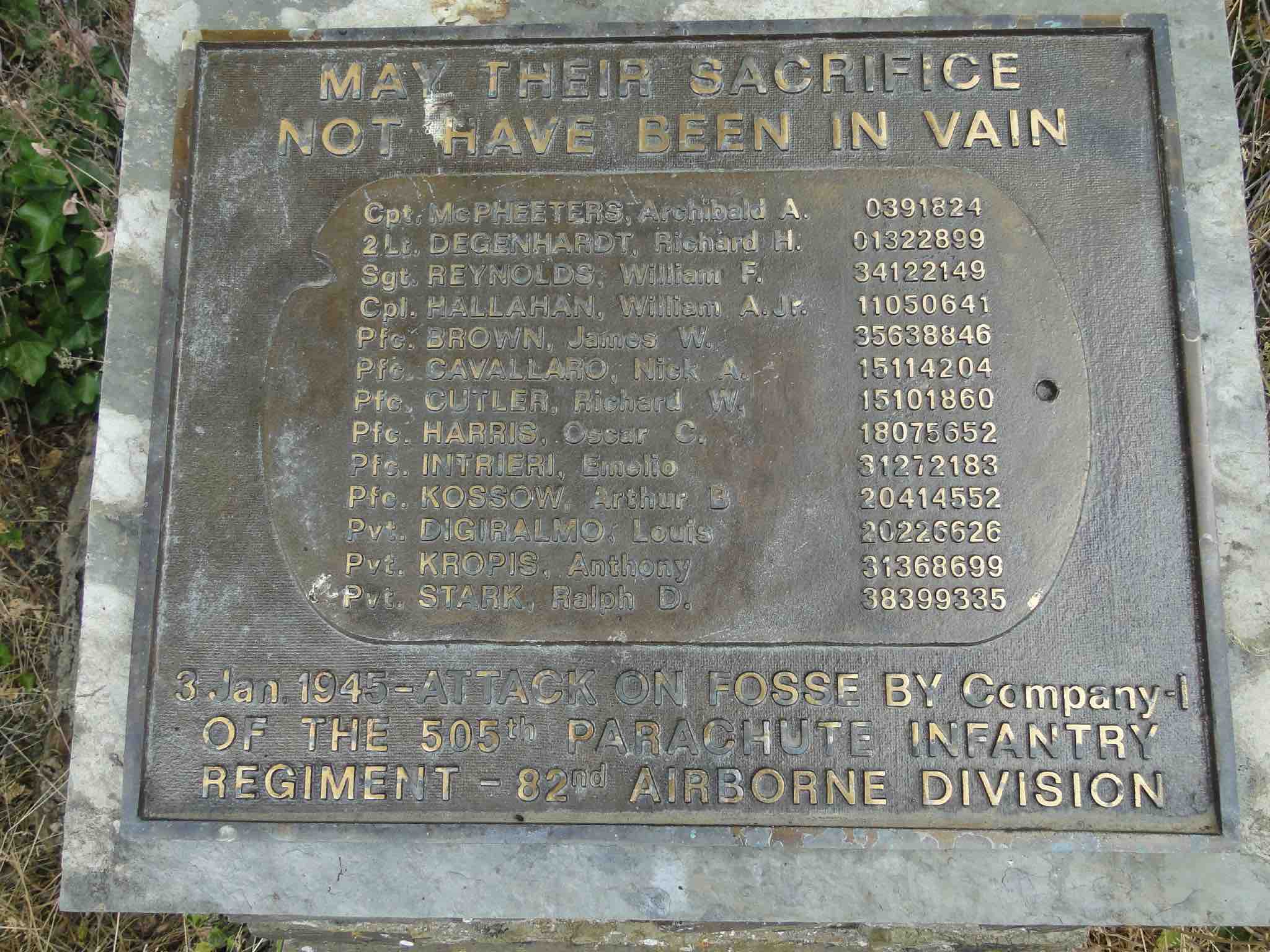